The number of confirmed Ebola cases in Uganda has risen to 109 and the outbreak has claimed 30 lives, Health Minister Jane Ruth Aceng said on Wednesday, adding that the government was setting up an additional treatment centre. By Reuters 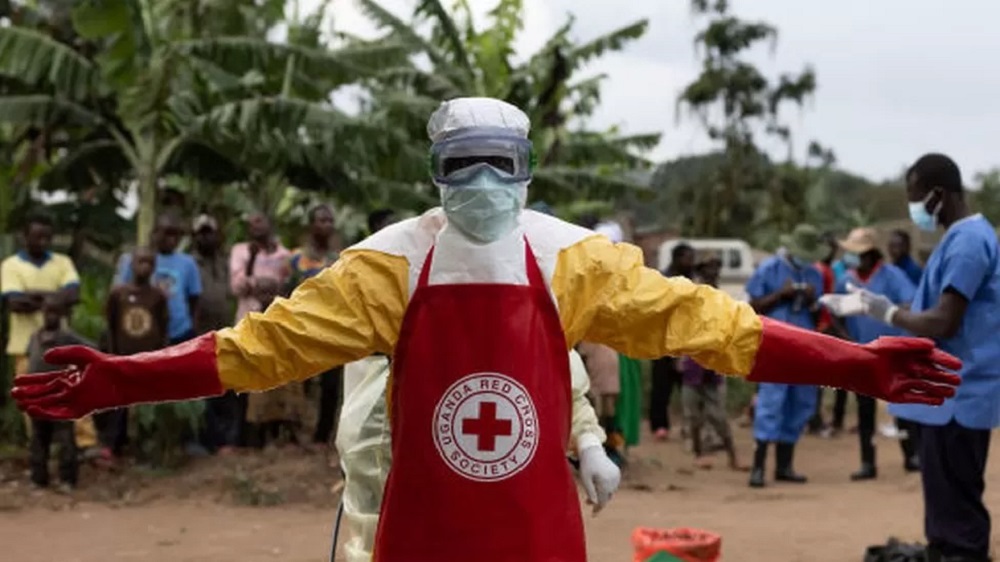 A woman and her child arrive for ebola related investigation at the health facility at the Bwera general hospital near the border with the Democratic Republic of Congo in Bwera, Uganda, June 14, 2019. REUTERS/James Akena/File Photo

Fifteen of the confirmed cases were among health workers, of whom six had died, she told a news conference.

Aceng said five treatment centres were operational and a sixth was being set up.

« The Ministry of Health with support from partners is setting up an additional treatment facility in Mulago sports field, » she said, adding that the new centre would raise the number of beds available to treat Ebola patients to 351.

The virus circulating in Uganda is the Sudan strain of Ebola, for which there is no proven vaccine, unlike the more common Zaire strain seen during recent outbreaks in neighbouring Democratic Republic of Congo.

Aceng said her ministry would be evaluating the efficacy of three candidate Ebola Sudan vaccines in the coming weeks, one developed by Oxford University, one made by the Sabin Vaccine Institute in the United States and another by U.S. drugmaker Merck & Co (MRK.N).

« The main objective is to evaluate their efficacy to protect primary contacts of Ebola patients within 29 days of contact, » Aceng said.

« We estimate that we may begin the trial in two weeks time. »