UK – RWANDA: There is an urgent moral imperative to send migrants to Rwanda, says Priti .

Writing for The Telegraph, the Home Secretary takes critics to task over failure to come up with alternatives to fix global asylum system. By Charles Hymas, 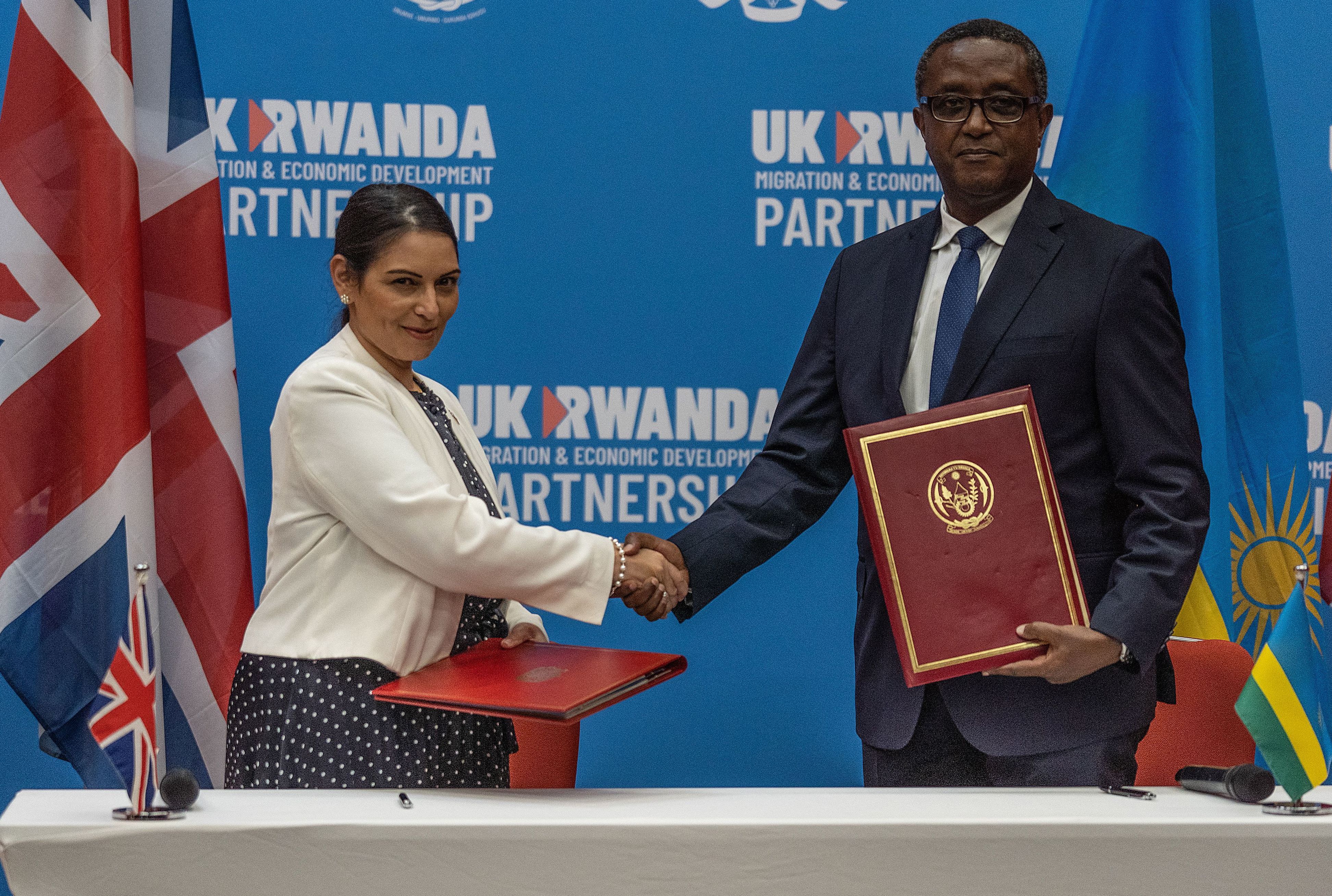 Priti Patel has said there is an « urgent moral imperative » to send migrants to Rwanda as she prepares to confront the UN over her plans.

The Home Secretary will travel with Vincent Biruta, Rwanda’s foreign affairs minister, to Geneva on Thursday to urge the UN Refugee Agency to stop rubbishing the policy.

They will say that those who are criticising their policy are failing to come up with viable alternatives to the Rwanda plan, to repair a « broken » global asylum system.

In a joint article exclusively for The Telegraph, below, the two ministers said that the people smugglers who were exploiting the current failed asylum system by persuading them to make the dangerous journey across the Channel from a “safe” country such as France needed to be stopped.

« There is an urgent moral imperative to defeat these gangs and shut down illegal routes, » they wrote.

« Not only have lives been lost, not only should asylum be claimed in the first country reached, but illegal routes are totally unfair, giving those with the means to pay people smugglers an advantage over those in greatest need. The challenge, then, is to find a sustainable solution that is fair to everybody. »

Under the policy, migrants will be sent from the UK on a one-way ticket to claim asylum in the east African state. Boris Johnson wanted the first flights to leave for Rwanda at the end of this month but they are expected to be delayed by legal challenges over breaches of human rights.

A Government source said: « The ministers will travel to Geneva to explain the [Rwandan policy] to the international organisations who were quick to rubbish it.

« The tired and outdated international system is broken. We need new solutions, like our Rwanda partnership, that address the challenges we face in the 21st century.»

In their article, Ms Patel and Mr Biruta said other countries were already keen to engage in similar schemes, citing Denmark’s talks with Rwanda for the transfer of asylum seekers.

« We believe our ground-breaking, long-term partnership can set a new international standard for addressing illegal migration and asylum system abuse while offering migrants an opportunity to build prosperous lives in safety, » they said.

They accepted « reform » would not be accomplished overnight with record numbers of migrants even this month crossing the Channel since the announcement of the policy. Some 9,000 have crossed this year already, nearly three times the rate at the same point last year.

« We also know there will be continued opposition from politicians, in the media, and in the courts. These voices will offer no workable alternative plans, but rather perversely act as cheerleaders for the evil people smugglers. Alas, we will even hear bigoted and ignorant claims about Rwanda, » they said.