UK – RWANDA: Priti Patel believes Rwanda migrants deal could be model for other .

The Home Secretary believes her “world-class” plan to send migrants to Rwanda will act as a “blueprint” for other countries to follow, potentially paving the way for more deals. By Pa News Agency 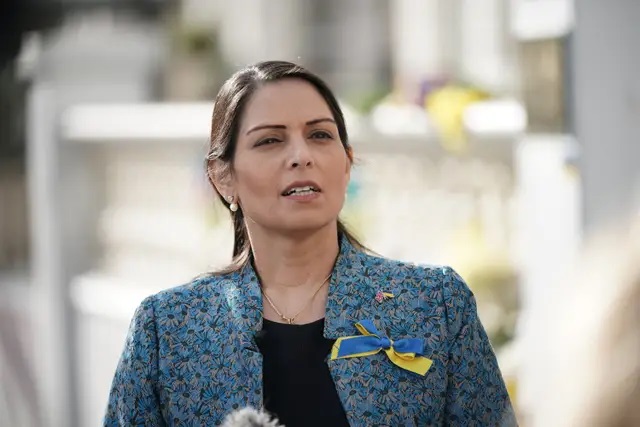 The Home Secretary believes her “world-class” plan to send migrants to Rwanda will act as a “blueprint” for other countries to follow, potentially paving the way for more deals.

Priti Patel signed her “world-first” agreement with the East African nation on Thursday, which will see it receive asylum seekers deemed by the UK to have arrived “illegally” and therefore inadmissible under new immigration rules.

She thinks the move could now prompt Denmark to strike a deal with Rwanda after years of negotiations.

It is also thought the latest step in the Government’s plan to curb Channel crossings and overhaul the asylum system could set in motion further discussions between the UK and other countries to thrash out similar arrangements.

Speaking to reporters, Ms Patel said: “There is no question now that the model we have put forward, I’m convinced is world class and a world first, and it will be used as a blueprint going forward, there’s no doubt about that.

« I would not be surprised if other countries start coming to us direct on the back of this as well. »

Telling how she was in touch with Danish counterparts, she said: « The Danes are speaking to Rwanda.

« They have been in talks with Rwanda for two years.

« We’ve been in talks for a lot less time.

« They’ve actually suggested that we work together in terms of securing an agreement for them as well because it’s strength in numbers.

« The Council of Europe have also basically said they are interested in working with us. »

Asked about the nature of the interest, she said: « They are expressing an understanding that we can’t carry on as we are and that we need other solutions », adding: « We cannot accept the status quo otherwise we will see more people die, quite frankly, this summer. »

Discussions between the UK and Rwanda are understood to have started about a year ago.

But Ms Patel stressed prior to that the EU already sent people to Rwanda under existing asylum agreements, as she described the UK’s latest plan as a « different model on a different scale ».

Meanwhile, when asked if plans to pushback migrants at sea were being scrapped – after the Prime Minister conceded the technique would be dangerous except in « extremely limited circumstances» – she said: « The answer is no, we never rule anything out … we can’t rule anything out … We have to keep all options on the table. »