Pacifique Izabayo, a Rwandan young man is a celebrity with more than 4 million Chinese followers on two video-sharing platforms including the Chinese version of TikTok, for singing Chinese songs while showing Rwandan rural life. Source Huaxia 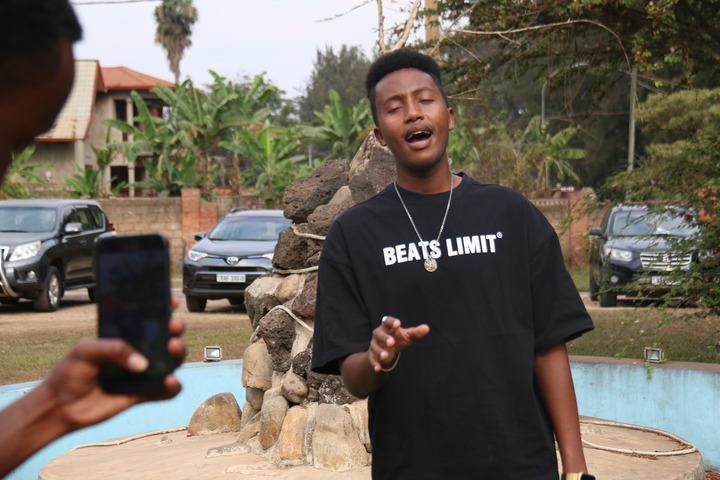 Pacifique Izabayo sings a Chinese song for sharing a short video on Douyin in Kigali, Rwanda, on Aug. 13, 2022. (Xinhua/Huang Wanqing)

Izabayo, commonly known as “Bobo,” started making short videos in 2019 on the Chinese video-sharing app Kuaishou. Since last year, he has posted videos on Douyin. These two platforms have garnered him more than 4 million Chinese followers.

The 23-year-old has found success in his venture by showcasing his singing skills in the Chinese language on Douyin. 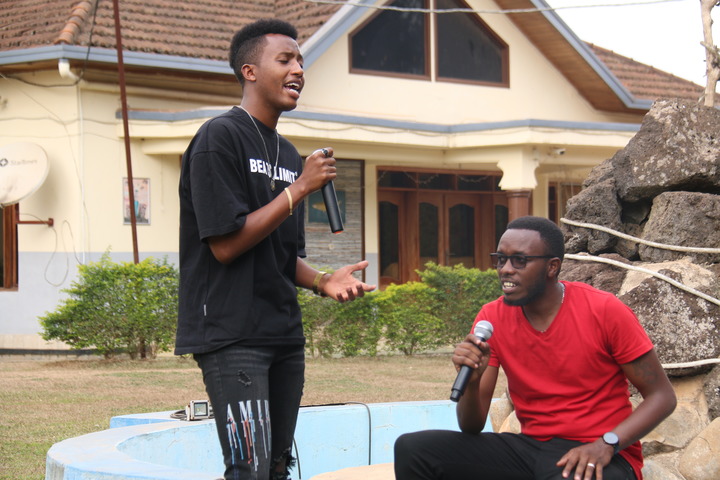 Pacifique Izabayo (L) and his team member sing a Chinese song together for sharing a short video on Douyin in Kigali, Rwanda, on Aug. 13, 2022. (Xinhua/Huang Wanqing)

Douyin, a social media entertainment platform, has become a landmark on the digital landscape for aspiring youth who wish to turn their creative skills and talents into viable career opportunities.

Before joining Douyin, Izabayo was a translator because of his ability to speak fluently Chinese, English and Kinyarwanda (local language).

He said that while in China, he met several Chinese friends who introduced Douyin app and he consequently developed an interest.

To attract large fans from China, following the comments he receives, Izabayo creates short videos featuring Rwanda’s agricultural activities, cooking, feeding children and other social-economic activities in the country in order to enable the Chinese to learn more about Rwandan life in particular and African life in general.

Due to his popularity on Douyin, Izabayo has taken up content creation full-time. He has a team of three singers who support him to create the content for the platform.

He said he learned the Chinese language through the Confucius Institute in Kigali, Rwanda, five years ago.

« I used to watch Jackie Chan’s movies. I liked his movies and this motivated me to learn Chinese. It took me four years to learn the language and now I can fluently speak the Chinese language, » said Izabayo. « I was in China for one year. I went there to participate in the Chinese Bridge competition. I am planning to go back to China to further my studies in the Chinese language. My target is to tap opportunities from China’s global job opportunities. »

According to him, sharing videos on Douyin will enable him to attract more Chinese followers which will further improve his Chinese language knowledge.

« I hope to improve my Chinese language by singing Chinese songs. I like Chinese songs because they help me to easily learn Chinese. When you speak Chinese, it will be easy to find a job. I also want my family to have a good life, » said Izabayo.

The youthful Izabayo’s passion for singing Chinese songs has become a powerful tool for expanding his network with Chinese who are interested in knowing more about African culture and people.

« Whenever I post a short video on my Douyin account, my Chinese followers comment on my videos asking me how I managed to learn Chinese and be able to sing Chinese songs with ease. My followers also ask me about African culture, languages and food. When I have time, I send replies to the comments, » he said.

He also tries to show the Rwandan traditional way of living when he shoots the video.