The EAC member countries will hold an Extraordinary Summit of Heads of State to consider a sustainable response to the current security crisis in the East of the DRC, as stated in a press release of November 1, 2022 issued in Gitega. 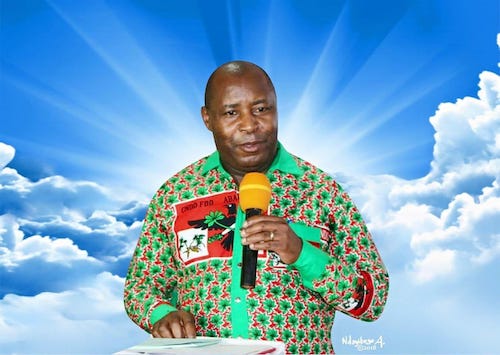 According to the press release, Evariste Ndayishimiye, President of the Republic of Burundi and current Chairman of the Summit of Heads of State of the East African Community (EAC), spoke by telephone with his counterparts in the region with the aim of harmonizing the views on the ways and means of managing the security crisis in the East of the Democratic Republic of Congo.

At the end of the exchanges, it was decided that a meeting of the Heads of Defense Forces of the member countries of the EAC should be held as soon as possible to study the parameters of a concerted and sustainable response, which will be followed by an Extraordinary Summit of Heads of State.

Let us remind you that the African Union also urge all stakeholders to engage in a constructive dialogue within the existing mechanism of the African Union’s Peace, Security and Cooperation Framework for the DRC and the region, and the East African Community’s Inter-Congolese peace dialogue.