Following the approval and endorsement of the Smart Africa Board for GIGA implementation in Africa, and as part of the support of the ongoing Rwanda GIGA pilot project, Smart Africa has donated 105 laptop computers to the Rwanda Ministry of ICT and Innovation. By Smart Africa 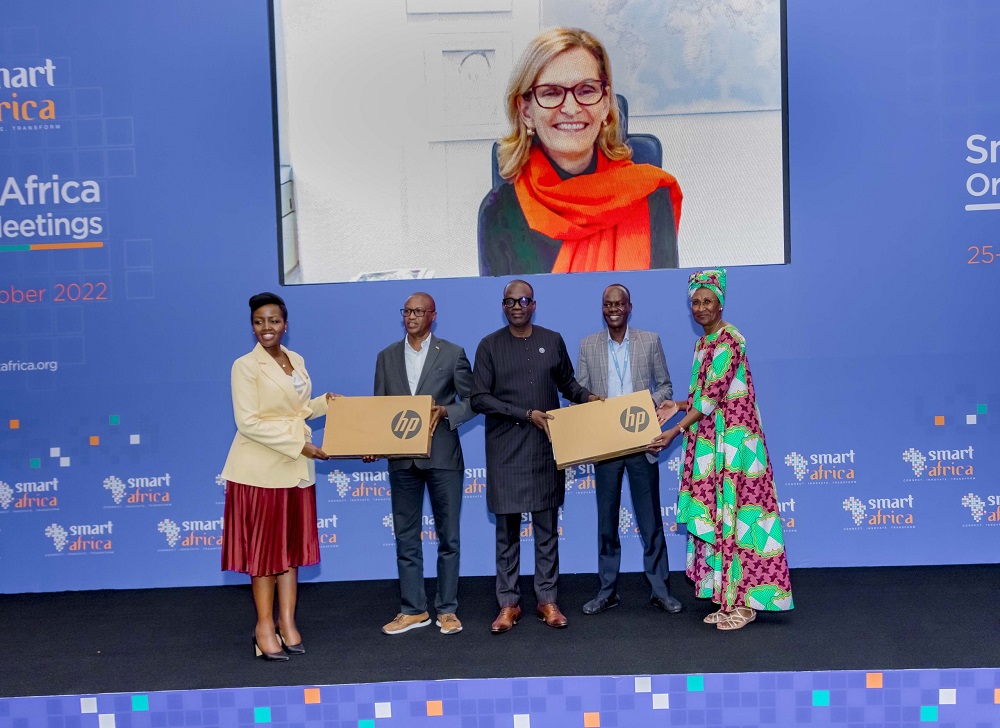 During the 9th Board meeting of the Smart Africa Alliance chaired by His Excellency, Mr. Paul Kagame on the 7th of December 2020, the Board endorsed the GIGA initiative and approval for Smart Africa to participate and to work with the main stakeholders (ITU, UNICEF, Government Officials among others) for the smooth implementation of GIGA in Africa.

GIGA is a UNICEF-ITU global initiative to connect every school to the Internet and every young person to information, opportunity, and choice. Launched in 2019, GIGA sets the goal of providing connectivity to every school in world.

Following the approval and endorsement of the Smart Africa Board for GIGA implementation in Africa, and as part of the support of the ongoing Rwanda GIGA pilot project, Smart Africa Secretariat has donated 105 laptop computers to the Rwanda Ministry of Information Communications Technology and Innovation.

These laptop computers will be given to some selected teachers in schools that are under the Rwanda GIGA pilot project. The donation of these laptop computers had funding support from one of the Smart Africa partner organization, the Norwegian Agency for Development Cooperation (Norad).

Making the presentation to the Minister of Information Communications Technology and Innovation at the sidelines of the Smart Africa Extra-Ordinary Steering Committee Meeting in Kigali, the Director General and CEO of Smart Africa, Mr. Lacina Koné, reiterated Smart Africa’s commitment to support the successful implementation of Giga in Africa particularly within the Smart Africa Member States by not only focusing on connecting the schools, by also supporting on providing skills to teachers and students through the Smart Africa digital academy and devices as has been done with Rwanda.

The Minister of Information Communications Technology and Innovation of Rwanda, Hon. Paula Ingabire, who received the laptops on behalf of the Rwanda Giga pilot project, on her part thanked Smart Africa for the support and added that the laptops were going to enhance the effectiveness of teachers who were going to benefit from the laptops.

Smart Africa is an alliance of 35 African countries, international organizations and global private sector players tasked with Africa’s digital agenda. The alliance is empowered by a bold and innovative commitment by African Heads of State to accelerate sustainable socio-economic development on the continent and usher Africa into the knowledge economy through affordable access to broadband and the use of ICTs. With a vision to create a single digital market in Africa by 2030, the Smart Africa Alliance brings together Heads of State who seek to accelerate the digitalization of the continent and create a common market. Launched in 2013 by seven (7) African Heads of State, the Alliance now has 35 member countries, representing a market size of over 1.1 billion people and over 40 Private Sector members committed to the vision and the advancement of Africa.