DRC - M23: The M23 hand key of Rumangabo army base in eastern DRC to regional .

Taken over by M23 rebels two months ago, Rumangabo base in eastern Democratic Republic of Congo will be overseen by Kenyan forces deployed by regional bloc East African Community. 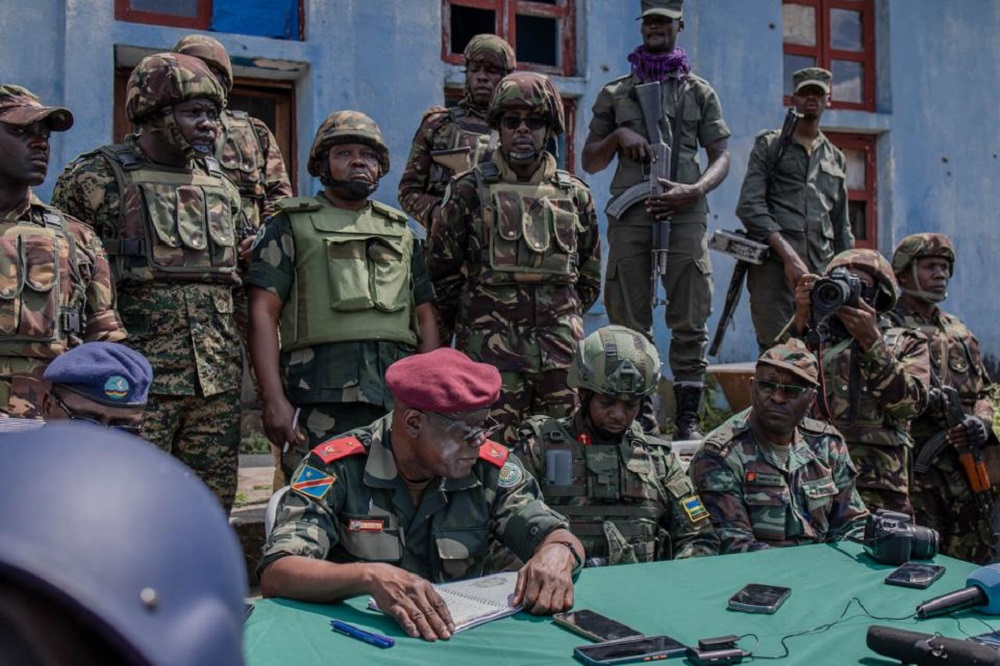 The M23 rebel group has given back a key military base in eastern Democratic Republic of Congo [DRC], the latest move in its pledge to retreat from occupied territories after months of advancing toward Goma.

Local residents gave a cautious welcome on Friday to the handover ceremony near Rumangabo, the DRC army’s largest base in the region, just 40 kilometres north of the capital.

“We’re happy because God has freed us from this open-air prison,” said Nyiramwiza, 35, carrying a baby on her back.

“It was a nightmare. We were even scared to go to the field just to get water.”

Taken over by the Tutsi-led M23 two months ago, Rumangabo was silent and already overgrown with vegetation that made it feel abandoned, according to the AFP news agency journalists allowed to cover the handover.

It was overseen by Kenyan forces deployed by the East African Community (EAC), and followed a similar handover last month at a base in Kibumba, around 20 kilometres to the south.

But even after promising to pull back its positions, M23 forces have gained ground elsewhere, raising doubts about the future of the year-long conflict.

Imani Nzenze, described as an M23 colonel, told attendees that the rebels, who captured Goma in 2012 before being driven out the following year, had no plans to “conquer territory.”

But he made no secret of the group’s intention to retaliate if attacked by the DRC army or its allies.

“The rebels are leaving, but they are still in other areas,” said Innocent Bwenge, 38, adding that his village home near Rumangabo was ransacked during the base’s occupation.

Another woman, 65-year-old Semahane, said her children had been trapped in Goma since the start of the fighting.

“We’ve had no peace because the road is blocked. It’s like living in prison,” she said.

M23 has conquered swaths of territory in eastern DRC, including key Bunagana town in June, since it launched its offensive in 2021. Kinshasa accuses Rwanda of supporting M23, charge Kigali denies. (TRTWorld) 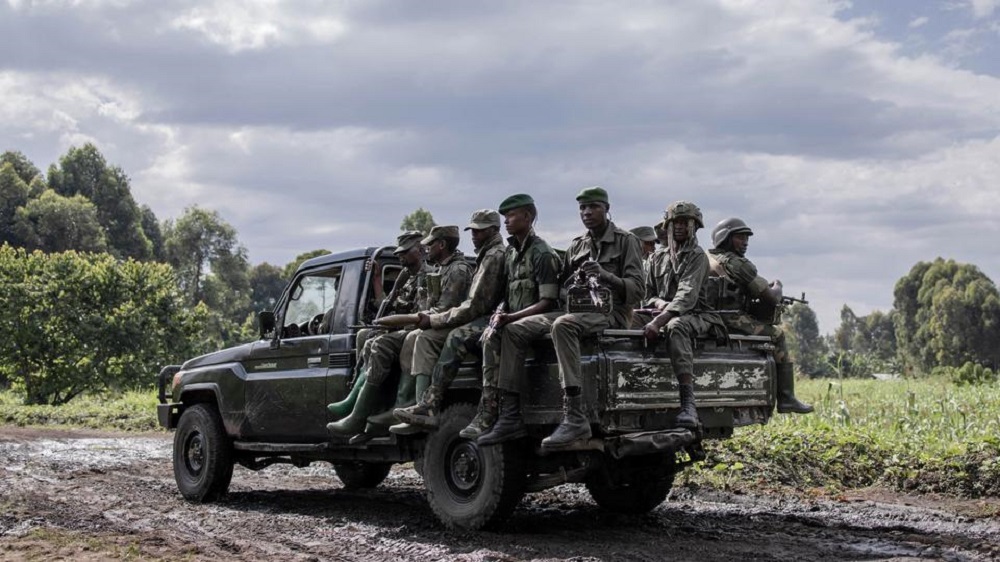 M23 soldiers leave Rumangabo camp after the meeting between EAC officials and M23 rebels during the handover ceremony at Rumangabo camp in eastern DRC.

Abandoned homes with smashed front doors were strewn along the highway leading from Rumangabo to Goma, an area that saw fierce fighting in November.

No cars were seen on the road partially blocked by a destroyed army tank.

M23, whose name stands for “the March 23 Movement,” again took up its weapons against the government in late 2021, accusing Kinshasa of failing to respect promises to reintegrate the rebels into the army.

After M23 announced its withdrawal from Kibumba last month, DRC’s army slammed the move as a sham designed to distract as the group reinforced its positions elsewhere.

Since then, clashes between the M23, DRC’s military and rival militias have continued.