UN GENERAL ASSEMBLY: Five Most Interesting Quotes From African Leaders on Insecurity at the UN .

The 77th United Nations General Assembly kicked off on Tuesday 20th of September 2022. Since then, world leaders have used the platform to discuss both global issues with regional implications, and local challenges with global consequences. By Chinedu Okafor 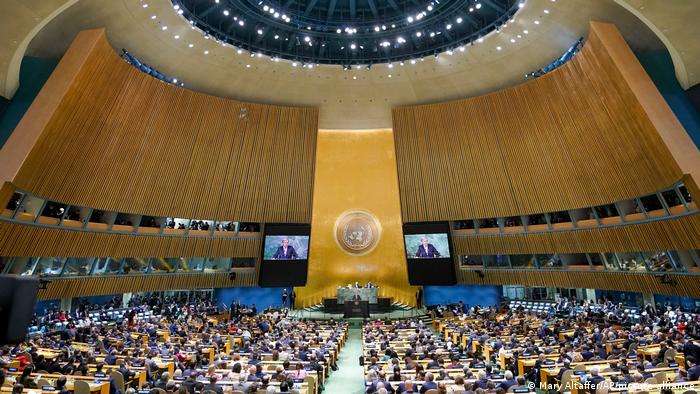 The theme for the event is « A watershed moment: transformative solutions to interlocking challenges » and the key topics discussed this year includes the Russian-Ukrainian war, the global energy crises and climate change.

A key topic discussed was global and local insecurity and African leaders had a lot to say about this. Below are five of the most interesting quotes by African leaders on the subject of insecurity during their address of on the UNGA podium. 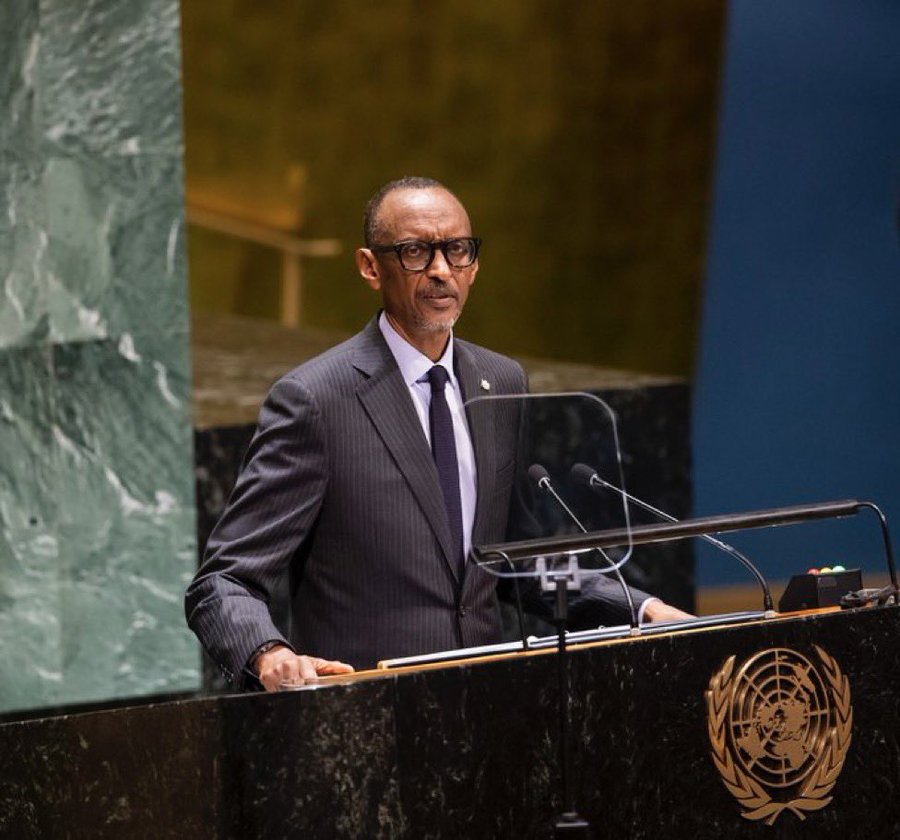 The President of the East African nation of Rwanda, spoke at lengths about the security threats from its neighbor countries and how to tackle this cross-border issue.

« In the Eastern Democratic Republic of Congo, recent setbacks have served to highlight, that the security situation is fundamentally no different than it was 20 years ago when the largest and most expensive United Nations Peace Keeping mission was first deployed. This has exposed neighboring states, most notably Rwandan to cross-border attacks that are entirely presentable. »

Regardless he said that playing the blame game would solve nothing, but advocated the collaboration of local security efforts with international peace keeping missions.

« In the area of peace building and counter terrorism, regional initiatives can compliment the important work, of the United Nations. » He also noted that to sustain security efforts in the region, they needed consistent financial support from the international community. 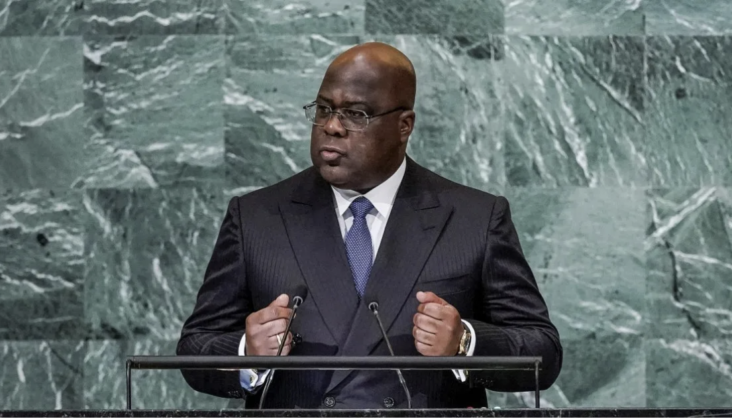 The President of Democratic Republic of Congo explained to the assembly that the nation’s natural wealth has spurred the greed that has in effect propelled insecurity.

« Despite the tireless internal efforts of the massive UN military presence in Congo and its diplomatic support for 23 years, the security problem continues to plague my country. »

He also revealed that the Russia-Ukraine war is affecting Africa, despite being an overseas conflict.

« In the heart of Europe, the war between Russia and Ukraine is a gapping wound in the bleeding even reaching Africa. » 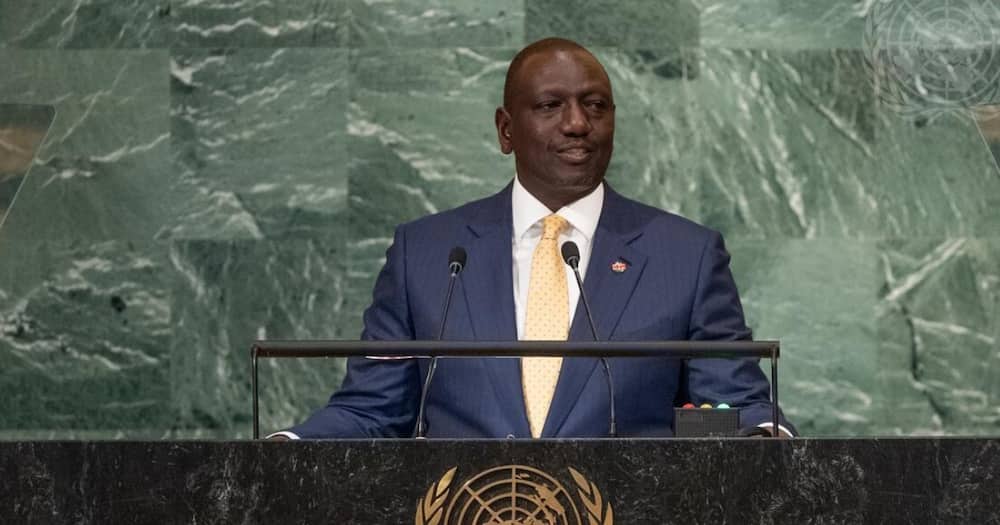 Kenyan President, William Ruto made mention of Kenya’s commitment to finding lasting peace within and beyond its regions. He noted that Kenya’s participation in the UN security council is reason why the country has maintained peace and countered terrorist attacks. He urged that this sort of synergy be capitalized on.

« Kenya continues to advocate the renewal of the African Union Security architecture, which draws comparative strength from the highly productive complementarity between the United Nations, the African Union and the regional economic communities. »

He advised that Africa should be given more leverage on the global stage to help combat insecurity not only within his country but also outside of it. 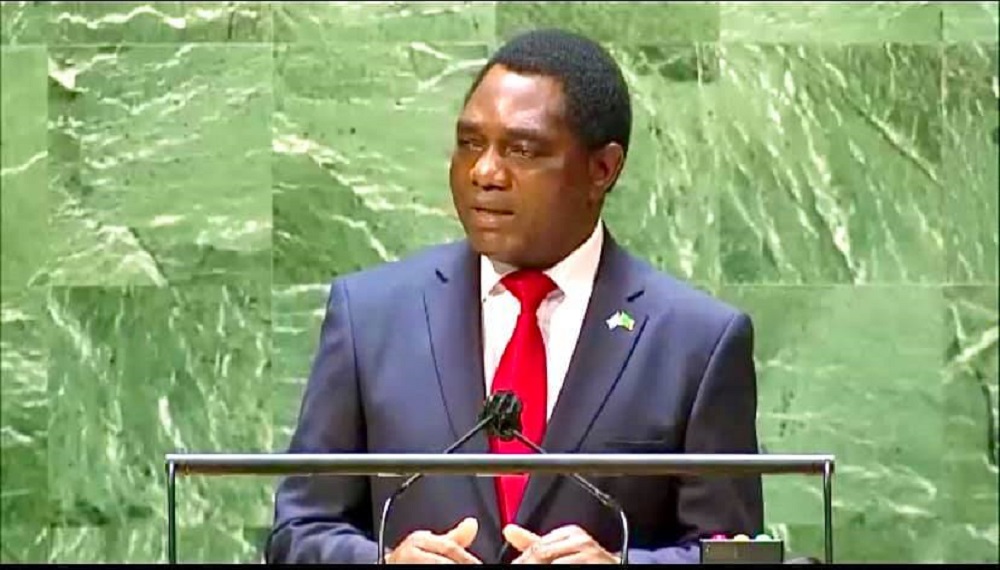 The President of Zambia spoke about insecurity in a global context. He explained that there is no such thing as an isolated conflict. His point was that war anywhere regardless of the region, affects everyone on the globe.

« Our guiding principles is that instability anywhere is instability everywhere. This reminds us that ending war and conflicts is not only the responsibility of those that are directly involved in the conflict but, is a shared obligation of every global citizen and indeed every nation. A few months of war can erase decades of progress », he called for reforms of the UN security, citing the inadequacies of the current structure of the UN security council.

The Ghanaian president also noted that a conflict far away can become a conflict too close to home if not well prepared for. He cited the Sahel conflicts which occasionally slip into the West African coastal territory.

« All of Ghana’s neighbors have suffered terrorist attacks and some have lost territorial space to the invading forces. Furthermore, the terrorists pressure have provided a pretext for the unhappy reappearance of military rule in 3 of the 15 African Ecowas nations. »

He noted that this is a problem they are willing to fight to reverse as his country is committed to protecting the sanctity of democracy.