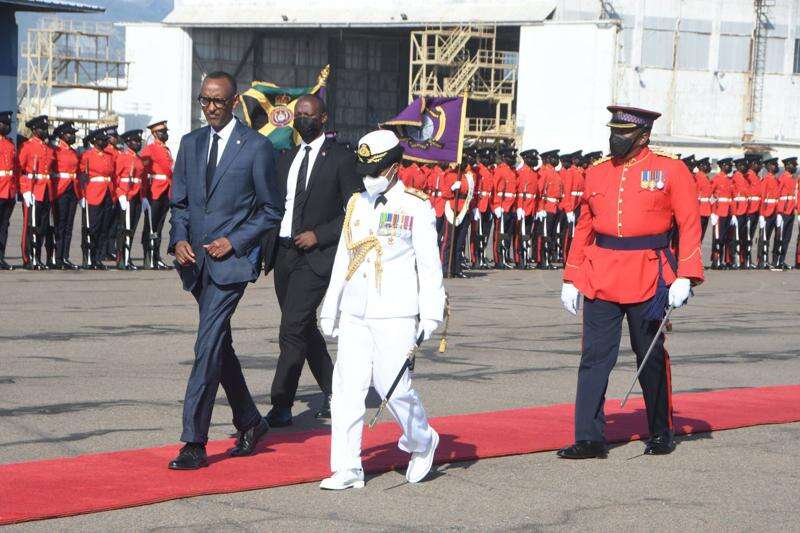 A 21-gun salute signalled the approach of the EI-LSN aircraft carrying Kagame which touched down about 3:35 pm, opening a three-day visit by the president.

Kagame’s Finance Minister Uzziel Ndagijmana and Clare Akamanzi, CEO Rwanda Development Board, were also expected as part of his delegation.

In an announcement on Monday, the Office of the Prime Minister (OPM) noted that the Rwandan leader’s visit coincides with Jamaica’s 60th anniversary of Independence and « represents an important opportunity for the deepening of bilateral relations between the [two] countries ».

The OPM also said the visit will also help to reinforce « the steadily burgeoning relationship between the African continent and the Caricom region ».

Kagame was then escorted by Wemyss Gorman along a red carpet to a dais where he accepted the Royal Salute from the Jamaica Defence Force.

At the officiating line, Chief Justice Bryan Sykes greets Rwandan President Paul Kagame who is on a three-day visit to Jamaica, which coincides with activities commemorating Jamaica’s 60th anniversary of political Independence.

The president then headed to the officiating line which comprised of Holness; Opposition Leader Mark Golding; president of the Senate, Tom Tavares-Finson; Kingston mayor, Delroy Williams; and Minister of Justice Delroy Chuck. 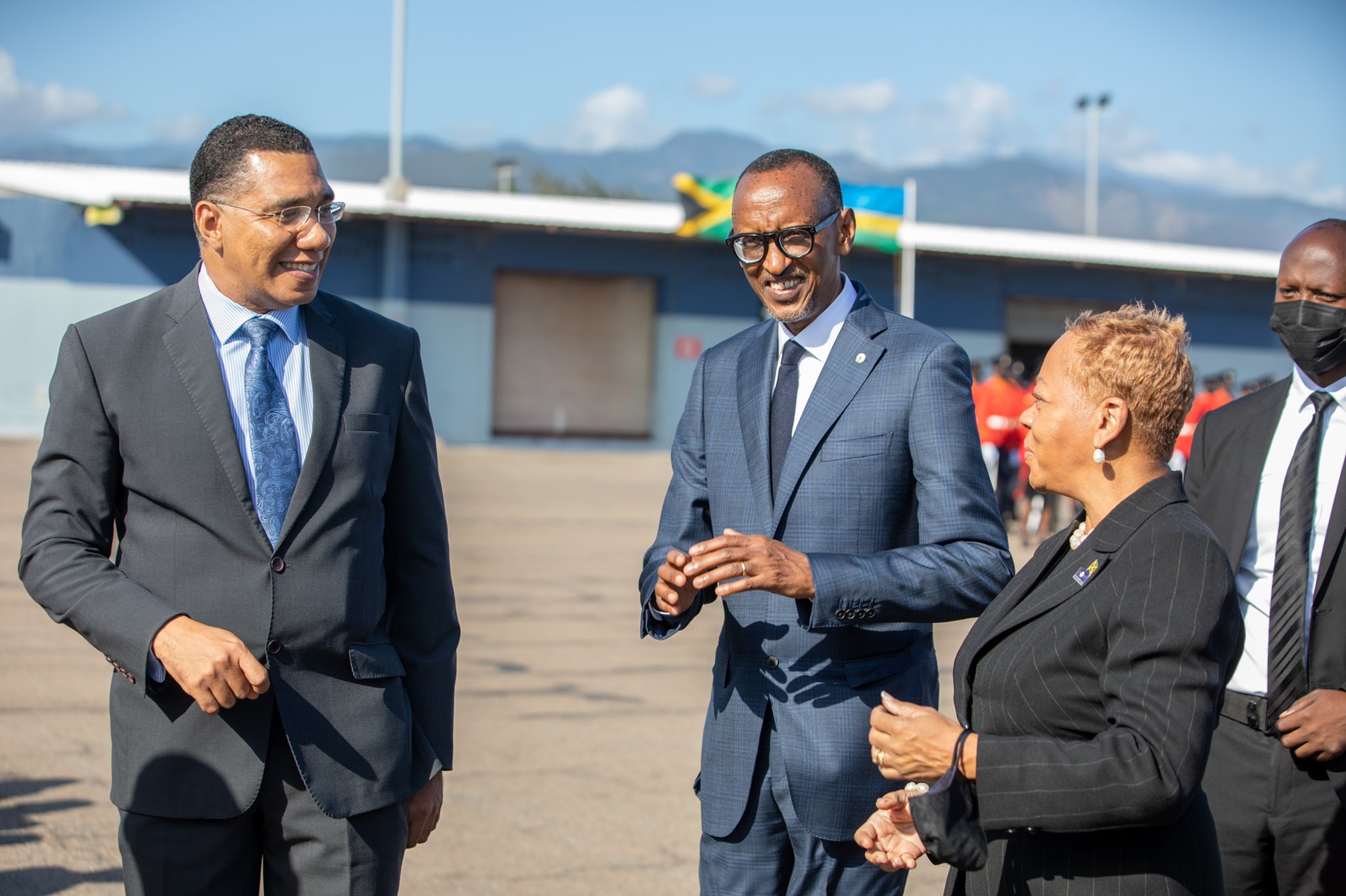 Today, Kagame is scheduled to address a joint sitting of the Houses of Parliament at Gordon House, after which he will lay a wreath at the shrine of Jamaica’s first National Hero Marcus Garvey.

On Good Friday, he will meet Holness at the Office of the Prime Minister, where they will sign a memorandum of understanding after bilateral talks.

A one-hour government-to-government panel discussion is scheduled for 1:00 pm, after which Kagame and his delegation will depart the island.

Kagame, who took office in 2000, is Rwanda’s sixth president after serving as vice-president and minister of defence under former President Pasteur Bizimungu ruling, who served from 1994 to 2000.

He was re-elected in 2010, then in 2017, on a mandate to continue the stability and growth he brought to the country after the 1994 genocide against the Tutsi, where more than one million victims were killed.

Under his leadership, Rwanda has seen unprecedented socio-economic and political progress, peace, stability, as well as social cohesion.