In Singapore’s case, the government’s main responsibility is to serve its people, to do the right thing for them, and make sure the country grows, said Prime Minister Lee Hsien Loong on Monday on June 27. 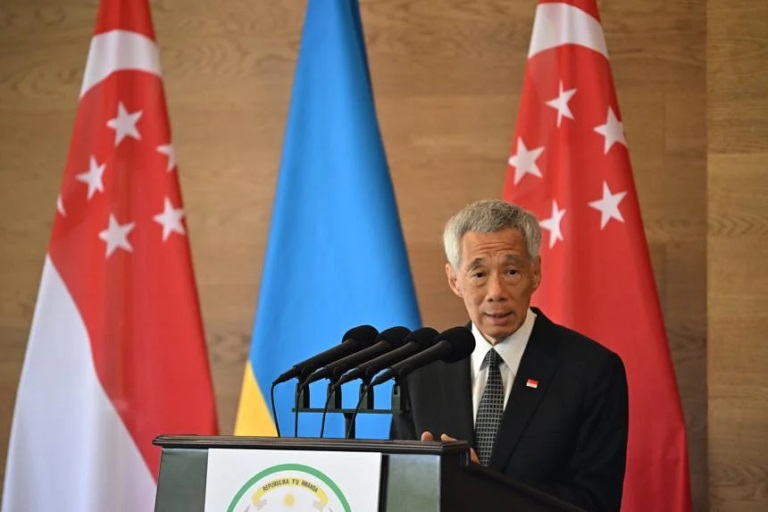 PM Lee was in Rwanda for the Commonwealth Heads of Government Meeting last week.

It therefore has to decide what is right, what direction it wants to take, and how it wants to lead the country forward, said PM Lee at a joint press conference with Rwandan President Paul Kagame.

The government is also mindful that nobody is right all the time, or has a monopoly on wisdom, and it considers criticisms objectively, he said.

PM Lee was responding to a question from a Rwanda Broadcasting Agency journalist, who noted that Singapore and Rwanda have faced criticism as they developed, and asked what allowed them to pursue their national priorities and stay the course that has resulted in their success.

Noting that some will criticise nations that do not fit their model of how countries should operate, PM Lee said each country has different circumstances, histories, cultures and aspirations. Therefore, they would have different values and ways of running themselves, he added.

PM Lee also said that when criticisms are incorrect or unfair, the government will respectfully disagree and set out its perspective to convince Singaporeans and to prevent any confusion.

Ultimately, elected leaders are responsible to their people and face elections, he stressed.

« If the people endorse what we do, we will continue to serve them with their mandate. If we are not doing the right thing, well, another team will be in charge.

« On that basis, you can accept criticism without being defensive or without being overly swayed by different views and find the right path forward for Singapore. »

Responding to the same question, President Kagame said it was important for leaders to understand what their people want and what their aspirations are.

Those in power must make sure that there is a connection between their policies and people, and they have to lay out a vision.

« We keep measuring together whether that progress has been made. And once you allow this to keep going and being the guide of what you want to do, criticisms are things you can live with, you can learn from, » he said.

Responding to another question on the Commonwealth, PM Lee said its members work out where they can cooperate and find win-win opportunities to collaborate.

He also held up the way the grouping assists members that are not as developed, noting this was Singapore’s experience as well when it received help in the past.

He cited the Colombo Plan scholarships, which saw countries such as Britain, Australia and New Zealand give scholarships to students from Singapore and other members to study at their universities.

People who received these scholarships returned to their countries, and in Singapore, they made considerable contributions in government and the private sector, he added.