African wetlands have become an endangered ecosystem despite the fact that they are very essential for the well-being and survival of human and animal life. By Fola Folayan 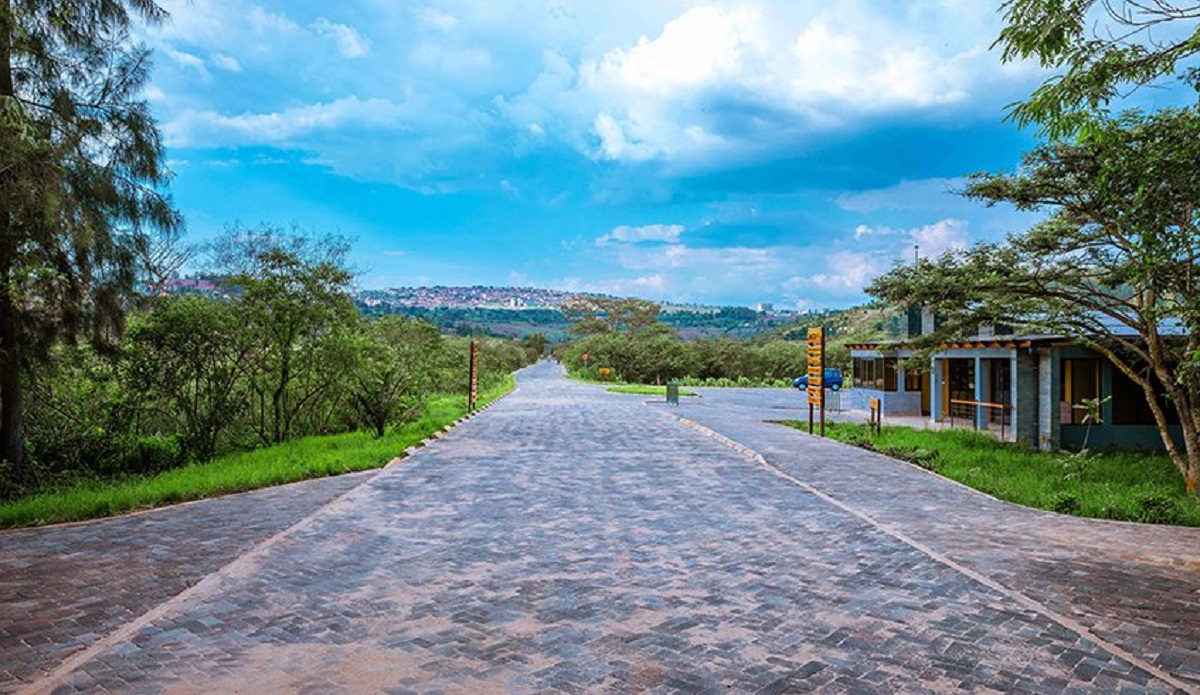 According to the National Geographic Resource Library: A wetland is an area of land that is either covered with water or saturated with water. The water is often groundwater, seeping from an aquifer or spring. Water for a wetland can also come from a nearby river or lake. Seawater can also create wetlands, especially in coastal areas subject to strong tides.

Although several African countries have wetlands that may not yet be designated as World Heritage Sites, they are extremely important to the ecological and economic survival of the country.

Despite challenges such as lack of conservation education and resources across the continent, Rwanda’s wetlands are thriving and proving that with deliberate effort, the right policies, education and commitment, the Africa can save its threatened wetlands, protect the ecosystem and mitigate climate change.

So how has Rwanda been able to not only preserve its wetlands but also increase the population of biodiversity in the country?

I found the answer to this question when I visited Nyandungu Ecotourism Park in Kigali.

Since then, the Nyandungu wetland is now protected and has been transformed into an educational and recreational eco-park while serving as a model for other wetlands across the country.

As the director of the park, Peace Mugabo, told me: «This is the first project on 6 wetlands to be rehabilitated in the city of Kigali, so it will serve as a model for others to follow». 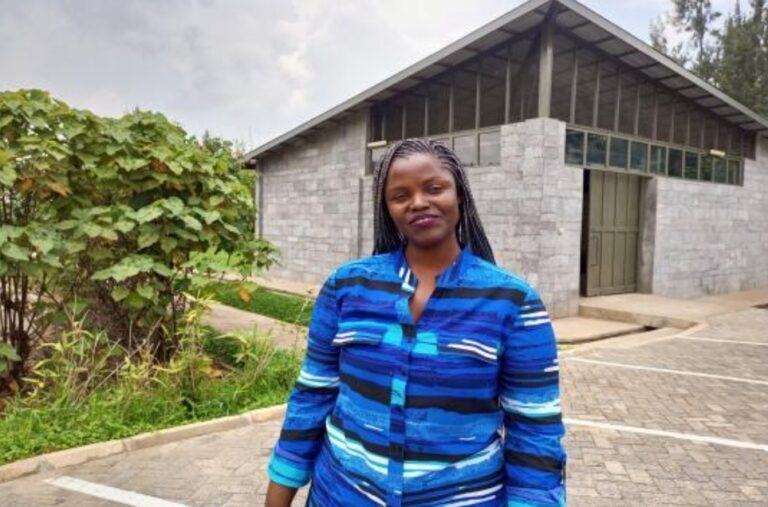 « This wetland rehabilitation project is important because of flood control. » She says.

« There was a lot of flooding around here, but conserving the wetlands helped control the flooding. The wetland has filtration plants that filter polluted water that provides clean water to people in the community. Our recreation services have also benefited not only the immediate community but the entire city. It is not uncommon on weekdays to see people coming to Nyandungu Eco-park for picnics, cycling activities and even elderly people who come here for exercise and enjoy the freshness of nature. »

Dr. Joseph Mvukiyumwami; botanist, he has been a teacher since 1982. He studies the traditional medicinal plants that are planted in Nyandungu. According to him; Africa is a treasure trove of medicinal plants and Nyandungu is home to several.

We walk through the medicinal plant garden while he shows me plants like Euphorbia Hirta used to treat asthma, Plantago Palmata, used to treat conjunctivitis and also has laxative effects, Cassia Floribunda, for treat intestinal worms among others.

Up to 17,000 plant species have been planted in the park and more than 55 of them are native trees. said Dr. Joseph. 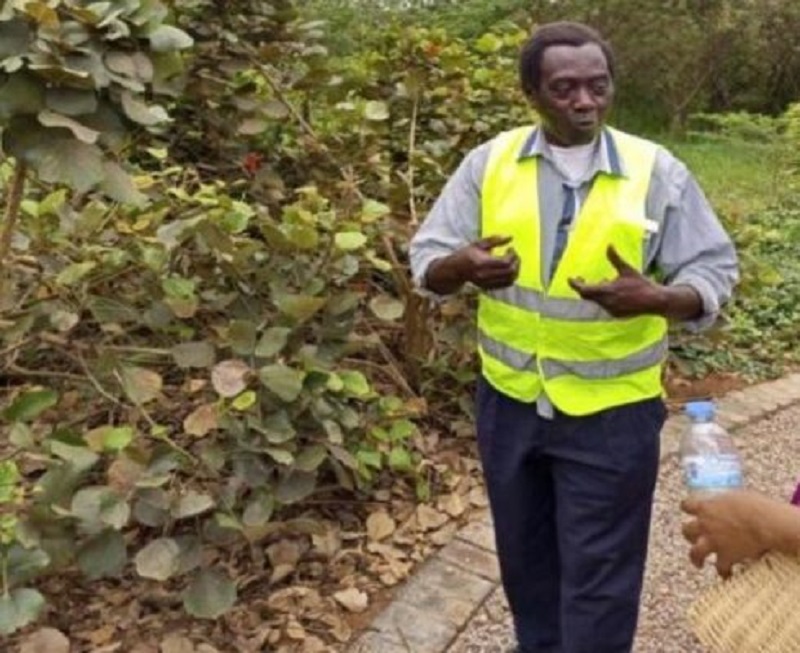 « Umusambi » is the word for Gray Crowned Crane in the Rwandan language, Kinyarwanda.

This species of crane is most commonly recognized for the « crown« » of feathers that stand tall on its head. It is a relatively large bird with long, slender feet which are excellent for balance in wet areas where it is commonly found.

The gray crowned crane is found naturally in various countries across the continent, including Rwanda, Uganda, Democratic Republic of Congo, Tanzania, Kenya, and South Africa.

Their beauty and elegance led to inadvertent endangerment of these birds as people wished to domesticate them. 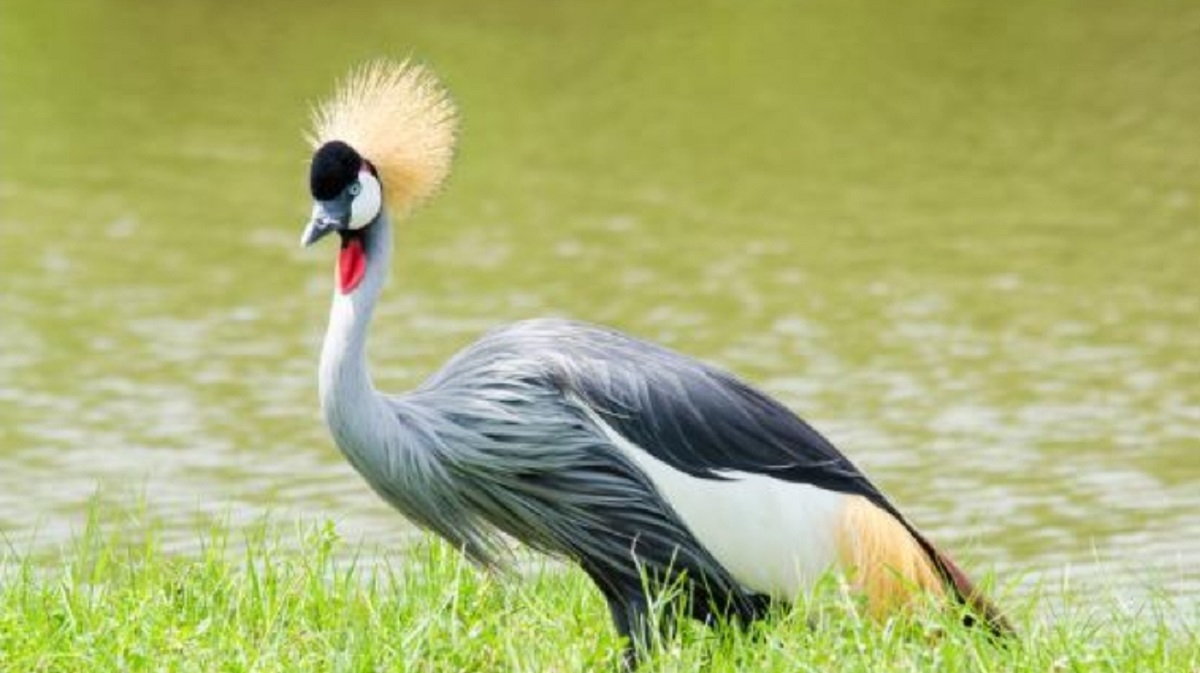 Christian Mugabe is the director of Conservation Enterprise in Umusambi village. He tells me that traditional Rwandan society viewed Gray Crowned Cranes as an exotic bird that symbolizes the wealth of their owners.

It was not uncommon to see wealthy families and hotels attempt to domesticate the cranes by clipping their wings to prevent them from escaping. As a result, the gray-crowned crane population declined and many remaining birds were disabled.

Christian says the village of Umusambi has rescued and provided refuge to over 50 endangered gray crowned cranes rescued from the illegal pet trade.

« After rehabilitation, we release the flight-capable cranes into the national park to thrive in their natural habitat. But we keep those who can’t fly here. Some free flying cranes also come here to visit and in the process breed with our cranes and breed. When the chicks are hatched and able to fly in two months, they are also released to fly away.

« Cranes are monogamous. They usually breed with only one partner until one of them dies. Hatching an egg is also a joint effort. Both male and female cranes sit on the egg and it takes 28 days for the egg to hatch, » says Christian.

« We wanted a safe place where we can put them to rehabilitate them so they can reproduce and multiply. We are working on cranes because they are endangered and we wanted to see if we could increase the population of cranes in Rwanda. We did a census before we started and found that across the country we had just over 500 gray crowned cranes. Some of them were able to reproduce and their descendants can fly and return. What is amazing is that some free-roaming cranes that do not live in the park arrive by plane and reproduce with the cranes that we rehabilitate. It really helped increase the population. »

Umusambi is not just about cranes. In the park there are 136 different species of birds. Winnie said.

« We have other conservation activities that we do. Like habitat restoration, where we plant native trees in different parts of the country, to increase our wildlife population and also mitigate climate change.

The restoration of marshes is also an important project in the village of Umusambi. They help collect rainwater and during the dry season water is available for agriculture in the community. All thanks to the preserved marsh, says Christian.

« The swamp is home to many small animals; toads, frogs, lizards, small insects and birds that help maintain balance in the ecosystem, » he says. 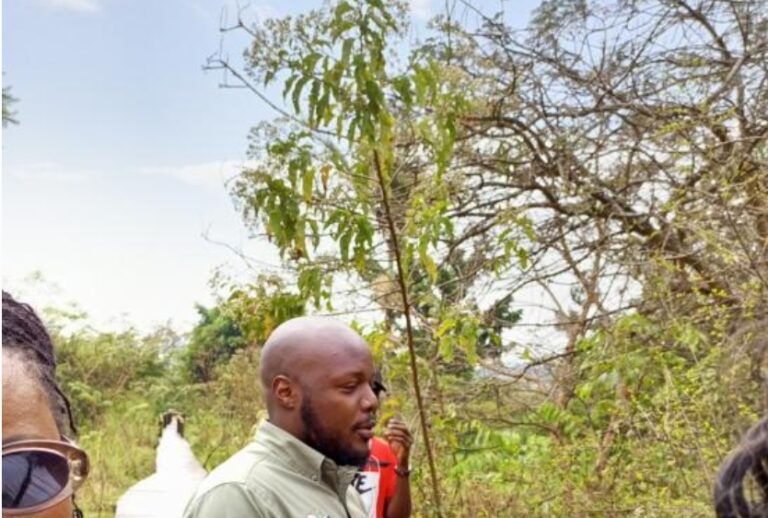 Umusambi Village is a social enterprise, serving the community by providing employment opportunities, serving as an educational platform to teach the young population of Rwanda about conservation and attracting researchers from several institutions of higher education while serving as a tourist attraction for nature lovers and bird watchers.

Winnie says, « We work with the community by hiring casual workers who help us restore the park and plant native trees. We also employ permanent staff who are paid monthly. The restoration work we carry out at Umusambi has also helped to educate the local community about the benefits of conservation and how the environment benefits, these lessons are in turn passed on to children, educating the next generation and involving everyone ».

Umusambi and Nyandungu parks are part of Rwanda’s larger conservation project to provide sustainable solutions to critical conservation issues in the country and the East African region in general.

African wetlands have long been ignored and often misused due to a lack of education, poor resource management and a lack of decisive leadership. However, countries like Rwanda, playing a leading role in the preservation of the ecosystem, will ensure that others recognize that many of the environmental, food security and drinking water supply problems of the Africa can be resolved.