THE INTERVIEW: « Nobody is interested in conflict »: Rwanda’s Kagame discusses DRC .

Rwandan President Paul Kagame sat down with our special correspondent Marc Perelman in Kigali to talk of the ceasefire agreement reached this week with the Democratic Republic of Congo to ease tensions between the two countries. By Marc Perelman 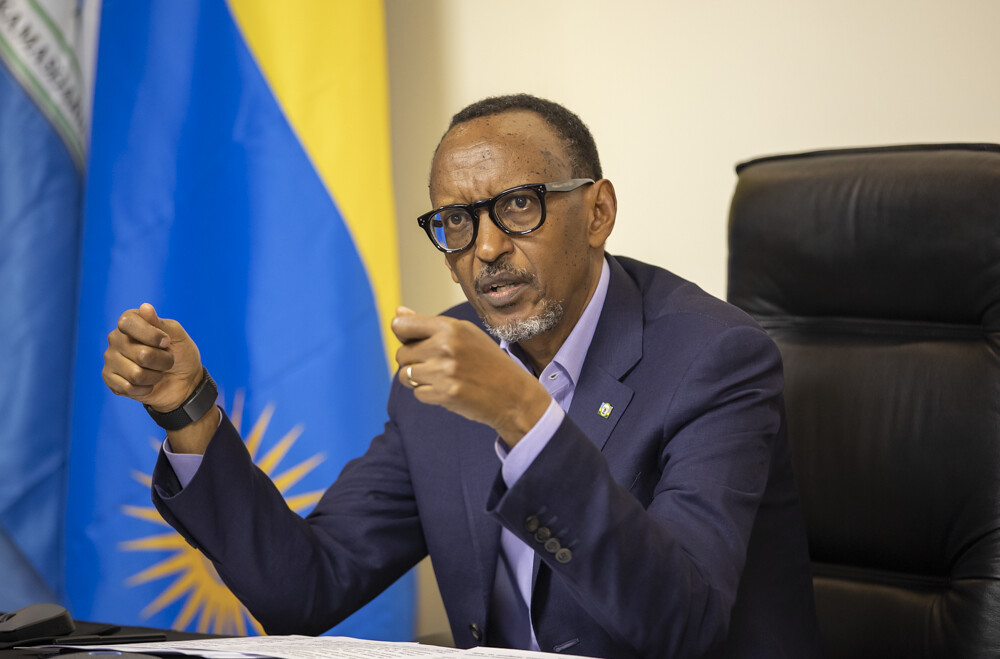 While a major upsurge in tensions with neighbouring DR Congo has raised fears of open conflict between the two countries, Kagame believes his recent meeting with Congolese President Tshisekedi means « another step forward », and says that « nobody is interested in conflict ».

When asked about the next elections scheduled for 2024, Kagame, in office since 2000, « considers running for another 20 years ».

Responding to US allegations that Rwandan troops are in the DR Congo, Kagame said he was « surprised » that « everyone » is « quick to accuse Rwanda », and remains « silent » about « other problems » that have been present for 25 years. The Rwandan president has castigated in particular the actions of the FDLR, an armed group formed in the DR Congo in 2000, defending the interests of Rwandan Hutus who have taken refuge in the DR Congo and opposed Kagame’s presidency.

See Video on the bottom of the page