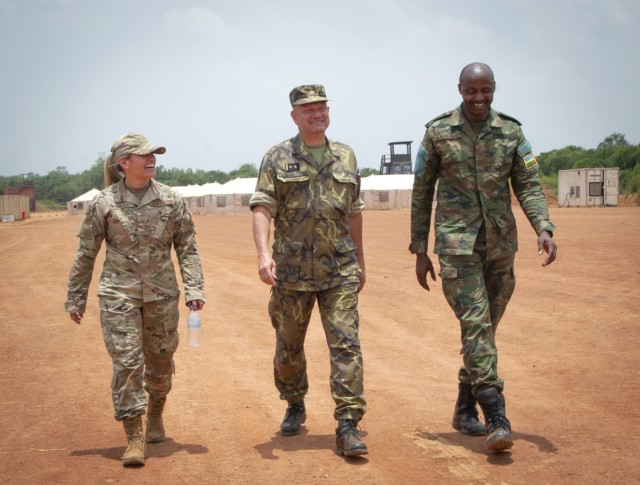 When the Nebraska National Guard and the Rwanda Defence Force formed their partnership in December 2019, both sides expressed interest in working closely together to build relationships and collaborative capabilities.

Goals were set and developed, with initial site visits and planning engagements.

By all accounts, this relationship formed under the State Partnership Program seemed poised to move ahead quickly. Unfortunately, the COVID-19 pandemic then began, and face-to-face engagements were replaced with virtual meetings. 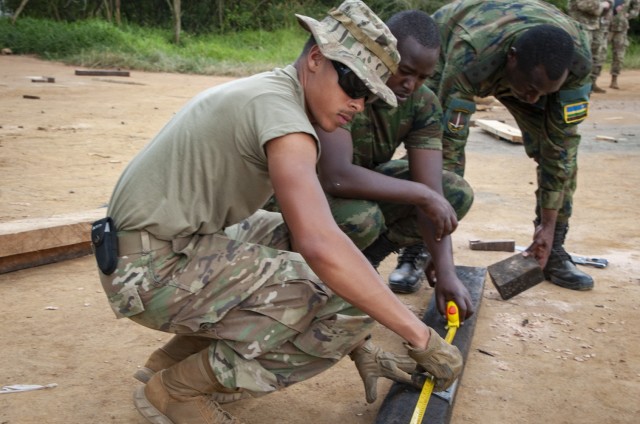 The three service members were participating in a medical/engineering exchange exercise conducted in concert with the new State Partnership Program relationship between the Nebraska National Guard and the Rwandan Defense Force.

« COVID-19 slowed us down. We signed the agreement. … We had a great celebration here in Rwanda [with] a lot of great press, and then COVID hit and everything went virutal,” Bohac said during a March 2022 senior leader visit to Rwanda. “It was OK. … But it was less than satisfying at times. »

In 2022, the Rwandan and Nebraskan partners are picking up where they left off, intending to increase the quality and quantity of their SPP engagements.

The pace of the partnership has already been substantial. In February, the Nebraska National Guard hosted the Rwanda ambassador in Lincoln. A few weeks later, three Nebraska Army and Air Guard noncommissioned officers traveled to Gabiro, Rwanda, for a leadership exchange. That was followed by a three-week exercise in March when 10 Nebraska Army and Air Guard medics and engineers traveled to Rwanda for a medical training exercise. 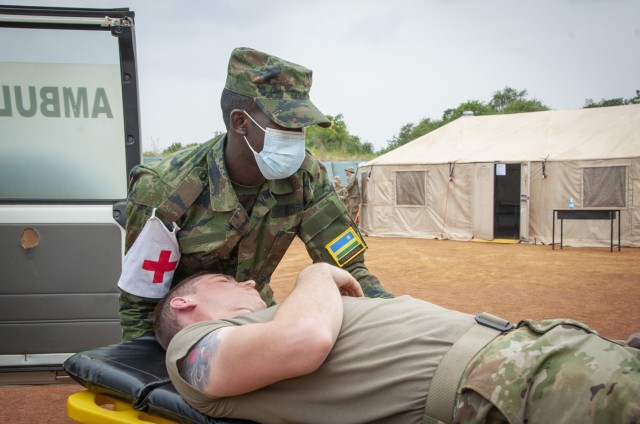 In May, leaders of the Rwanda Defence Force and other government officials came to Nebraska to discuss the Guard and its NCO leadership development courses, said Maj. Alex Zeller, Nebraska National Guard State Partnership Program coordinator.

Bohac said he feels good about the status and direction of the relationship between Nebraska and the Rwanda Defence Force.

« It’s early and [the partnership] is developing, » Bohac said. « But it’s moving at the right pace in terms of being very deliberate. It’s about making sure we’re doing the right things at the right times with Rwanda in accordance with U.S. Africa Command and the U.S. ambassador’s team here in Rwanda. »

Bohac said the Rwandans’ interest in developing a noncommissioned officer corps is a good sign.

Another sign of the strong potential for the relationship is the ongoing medical and engineering engagements — like the one in March between the Nebraska National Guard and Rwanda Defence Force medical providers — and the impact that such combined exercises could have on both organizations. 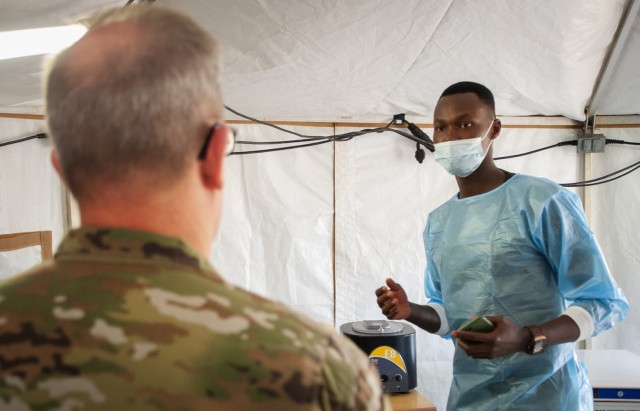 « When you think about the value of the experience that our people are getting here during Exercise Justified Accord 2022 and the exposure to the things that the Rwanda Defence Force’s medical corps provides to the force and the issues that they face on a routine basis, these are issues that we never face in Nebraska as medical providers,” Bohac said.

« So, getting that experience just means we’re a more ready force in Nebraska … and there’s real value in that, » he said.

Bohac credits Maj. Gen. Ferdinand Safari, director of general policy and strategy with the Rwanda Ministry of Defence, for the partnership’s progress.

« He was very instrumental in Rwanda becoming an SPP partner. He was the energy within the RDF and the Ministry of Defense in bringing Rwanda to the forefront, » Bohac said.

It’s a journey, added Bohac, that could have a dramatic impact in Rwanda, across Africa — even around the world.

« Here’s what we know about long-term engagements based upon our engagements with the Czech Republic: Those who engage now will be around tomorrow and for a long time. They will build relationships and they will likely stay engaged with their counterparts from the RDF, » Bohac said. « So, by being engaged through the State Partnership Program, we will continue to have the ability to influence outcomes across the globe.

« It’s about how to develop shared democratic ideals, » Bohac said. « How we do it in America isn’t exactly how it’s being done in the Czech Republic and how it is going to be done here in Rwanda. But, our ability to influence and provide value to our partners is what matters most. »