THE United Nations should adopt Kiswahili as an official working language to get on board an authentic African language that is a lingua franca in most parts of Africa, the Minister for Constitutional and Legal Affairs, Dr Damas Ndumbaro has said. By Maureen Odunga 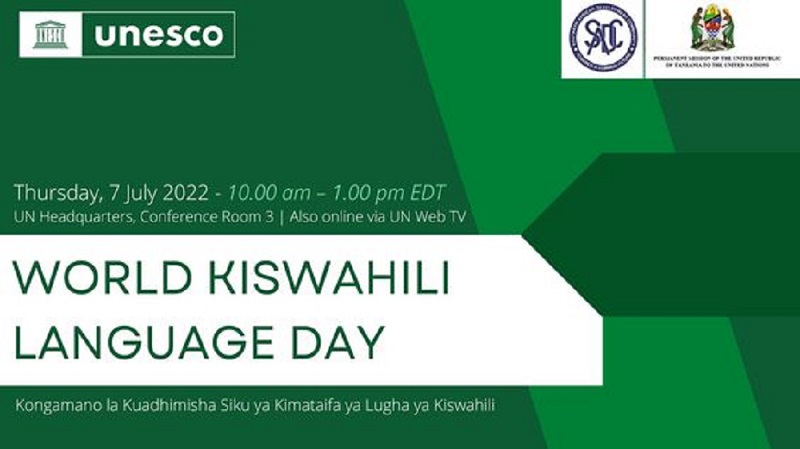 He said in Dar es Salaam on Tuesday that it was time United Nations adopted Kiswahili as one of its official languages because it is the only true authentic and indigenous African language that is widely spoken across the globe.

« It is high time now the UN adopts Kiswahili as its official language, and we believe when we are celebrating the next 78th United Nations anniversary will be using Kiswahili. This will be after it has been accepted by the UN, » said Dr Ndumbaro at the event to commemorate the United Nations Day which was accompanied by launching of the first and only UN website in Kiswahili.

Kiswahili is a lingua franca in the African Great Lakes region and East and Southern Africa, including some parts of the Democratic Republic of the Congo (DRC), Malawi, Mozambique, the southern tip of Somalia, and Zambia.

It is considered as the tenth most spoken language, which is spoken by over 200 million people globally.

He pointed out that Tanzania, as the birth place of Kiswahili language takes pride in the landmark decision by the United Nations Educational and Scientific Organization (UNESCO) of November 23, last year to designate July 7 as the World Kiswahili Language Day.

The minister said that due to the decision, the first International Day of Kiswahili was commemorated this year.

« We are also appreciative of all the roles being played by various stakeholders in the growth of Kiswahili language.

« I applaud the efforts of UN Tanzania in creating the Kiswahili website that we have launched... this will not only promote the use of Kiswahili but it will also make the UN website more accessible by a bigger Tanzania readership, » said Dr Ndumbaro.

He welcomed other development partners to follow suit by adding Kiswahili to their own websites, noting that when delivering a message to people using the language they understand it can be widely disseminated.

Expounding further, the minister attributed the launch of the website as a huge deserved stepping stone towards recognising Kiswahili as a crucial language.

The UN Resident Coordinator, Mr Zlatan Milisic, commended the government of Tanzania for its longstanding, sustained commitment to the United Nations and multilateralism.

« This UN birthday is perhaps also an opportune time to reflect on the future, » said Mr Milisic, pointing out that the second « SDG Summit » - the High-level Political Forum on Sustainable Development under the auspices of the General Assembly will be convened in September 2023 during the General Assembly high-level week in New York.

He said that the summit will mark the mid-point in the implementation of the 2030 Agenda and the Sustainable Development Goals.