THE HAGUE, Netherlands: Dutch prosecutors said Friday that a Rwandan man has been arrested based on an extradition request from Rwanda on suspicion that he was involved in the African country’s 1994 genocide. By AP 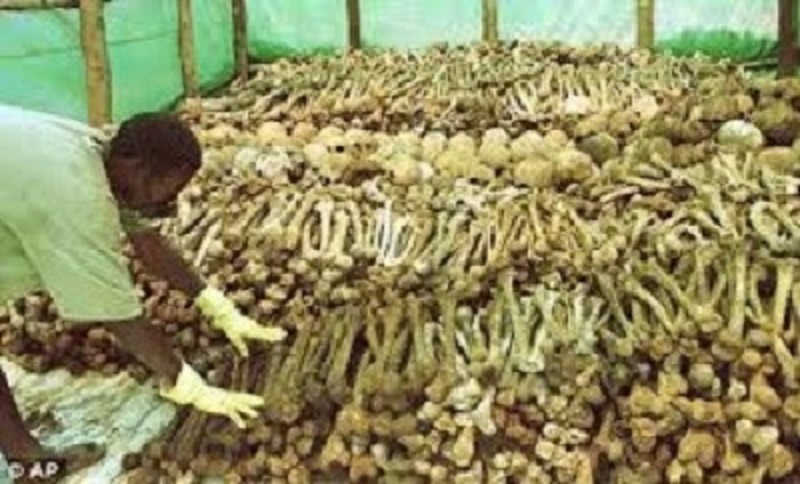 The 65-year-old man, who was not identified, has been living in the Netherlands since he was granted asylum there in 1999. He was arrested on Wednesday in the town of Ermelo, some 70 kilometers (44 miles) east of Amsterdam.

“In 1994, the man was an officer of the gendarmerie in Rwanda. According to the Rwandan authorities, he played a prominent role in the massacres committed in the Rwandan capital of Kigali and the municipality of Mugina,” the prosecutors said in a statement.

The mass killing of Rwanda’s Tutsi population was ignited on April 6, 1994, when a plane carrying President Juvénal Habyarimana was shot down and crashed in Kigali, the capital, killing the leader who, like most Rwandans, was an ethnic Hutu.

The Tutsis were blamed for downing the plane, and although they denied it, bands of Hutu extremists began killing them, including children, with support from the army, police and militias.

An estimated 30,000 civilians are said to have been killed during the Mugina parish massacre.

Dutch prosecutors said that, according to the Rwandan authorities, the officer was closely involved in the planning and execution of the massacres in Mugina, including by supplying weapons to militias that killed Tutsi refugees.

The man received Dutch citizenship in 2013 but immigration authorities sought to revoke it in court after the allegations against him came to light. He was arrested after his final appeal was exhausted on Wednesday. Dutch authorities arrest Rwandan man on genocide suspicions