COMMONWEALTH GAMES: Meet The Rwandan Athletes Vying For Glory At The Birmingham 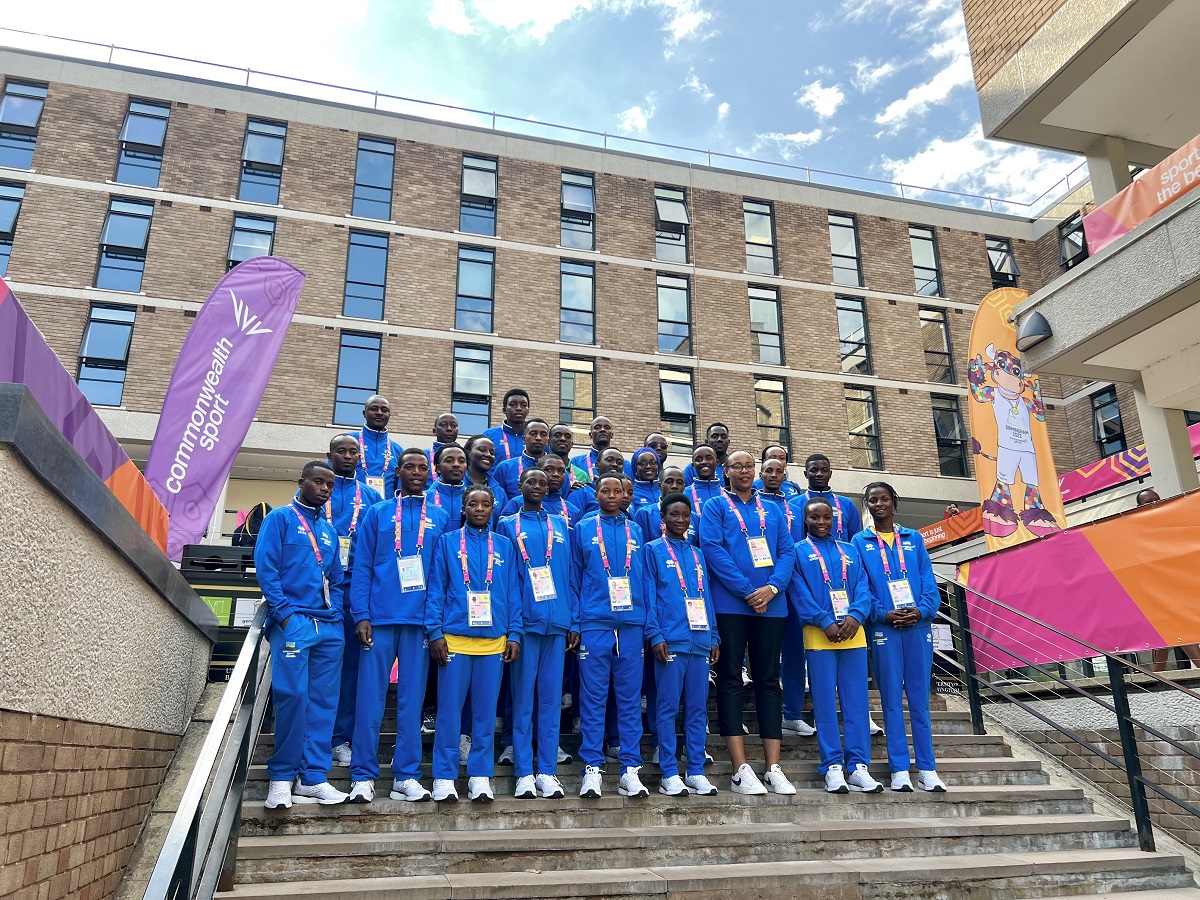 From 28th July to 8th August the Commonwealth Games will take place in Birmingham, UK. The competition held every four years since 1930 sees the very best athletes from the fifty-six Commonwealth nations go head-to-head in twenty-two different sports and a further seven para-sports. Rwanda’s first Commonwealth games appearance came only 12 years ago in 2010. Since then, there has been some promising results, but they have not yet yielded a medal.

Sixteen Rwandan athletes have qualified to take part in the competition across four disciplines: athletics, swimming, cycling and beach volleyball. The delegation in Birmingham is full of exciting young athletes, with the youngest team member only 16 years old. Claire Uwitonze the youngest member of the team is one of three athletes in the women’s running team alongside Celine Iranzi and Emeline Manizabayo pictured. The representation of women and the youth is reflective of wider Rwandan society where empowering the youth and women remains an enduring priority. 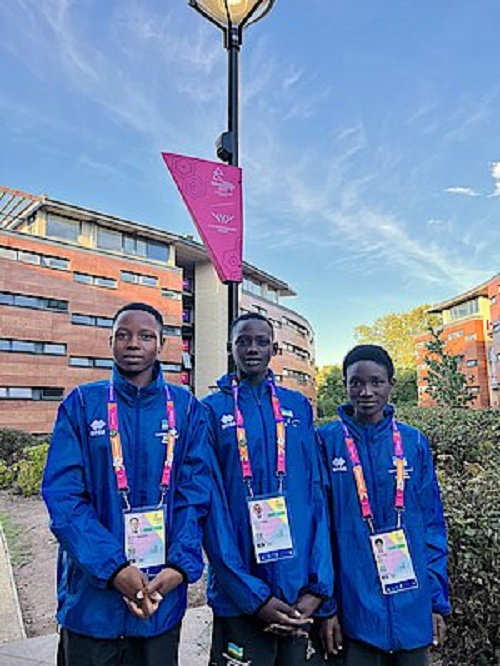 The diversity does not only end with the athletes. One of the physiotherapists for Team Rwanda, Sandrine Uwayezu pictured, is also Rwanda’s first professional female bike mechanic – an area that up until recent years had only been taken up by men. She echoed the pride and honour she feels to represent her country and other young women who have aspirations like hers. 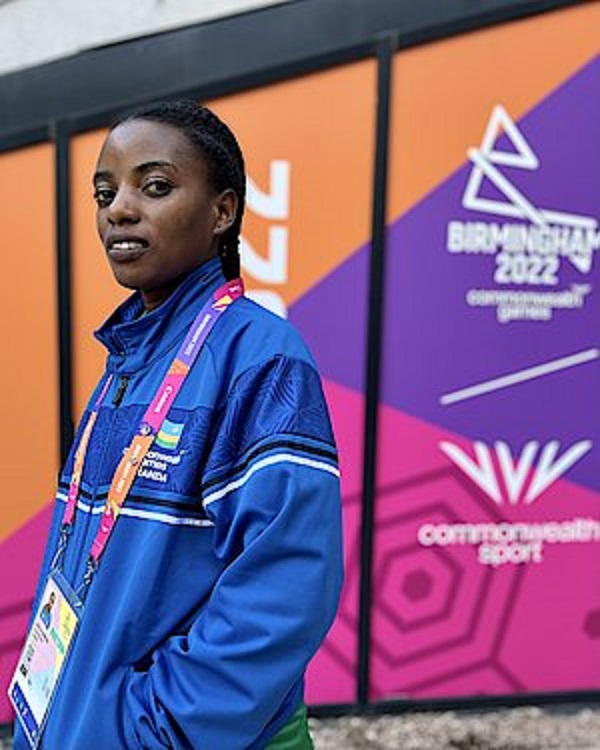 Ahead of the Games, Rwanda’s Minister for Sport addressed the athletes at the beautiful Vale Village, just a stone throw away from the historical University of Birmingham’s main campus. The Minister said “When it comes to representing your country, it does not matter your age or your demographic. What is needed is resilience, strength and discipline to enable us to represent our country well.” The Minister added that “it is a proud moment to have Rwanda represented at these games by young people like you who are proud and ready to represent their country at the highest level.” 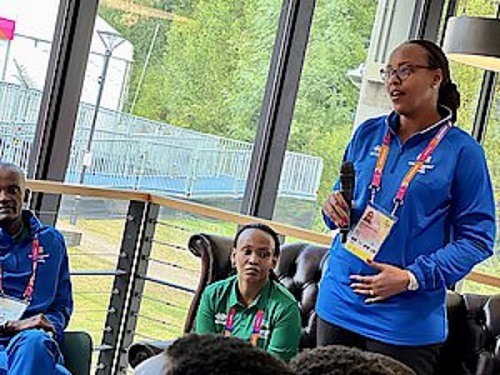 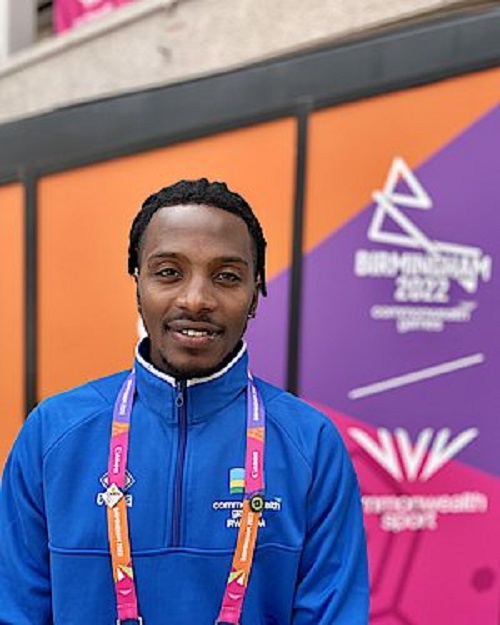 Rwanda’s participation in the games will kick off in grand fashion at 3.30pm CAT on Saturday 30th July, as Venutse Gatsinzi and Ntagengwa Olivier take on team South Africa in the group stages of the men’s beach volleyball, in-front of a sure-to-be packed out Smithfield arena in central Birmingham. Olivier pictured is from Ruhango, close to Nyanza District in Southern Rwanda – home of the King’s Palace Museum. He has been playing volleyball since school and has dedicated his young adult life to reaching the top of his sport. His message to the youth – “there is no substitute for discipline and hard work.” 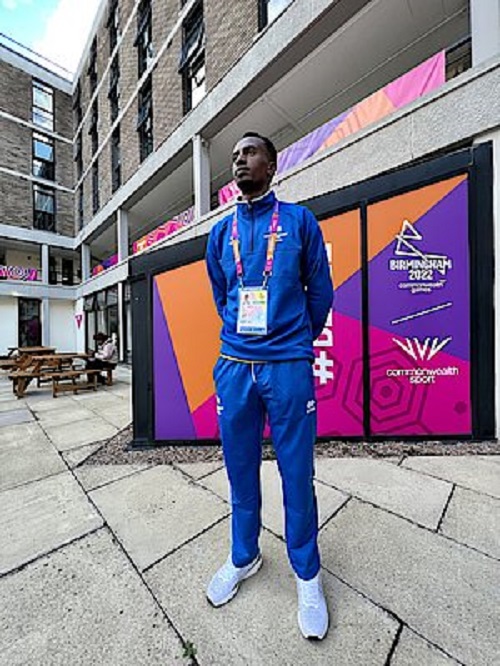 Isiaka Iradukunda pictured is part of the two-man swimming team that have qualified for the Games. He is from Rubavu, a town in the northwest of Rwanda on the shores of Lake Kivu. This is where Isiaka learnt to swim, in one of Africa’s Great Lakes, the third deepest on the entire continent. Isiaka said it was a great honour to represent Rwanda at the Games and thanked the people of Birmingham for the kind and respectful welcome given to Team Rwanda. 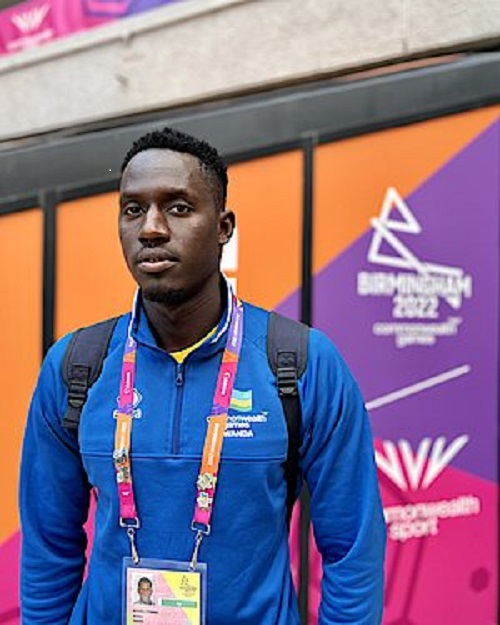 The athletes will be cheered on by Rwandans in the UK, many of whom live in Birmingham and the West Midlands who are planning to show their passionate support for Team Rwanda.

The Rwandan athletes will give everything to win their first Commonwealth medal, whether they are successful or not they are making an impact in Birmingham and flying the flag for the country with unity, pride and dignity.

For the full schedule and to find out where and when the Rwandan athletes will be competing see here: www.birmingham2022.com/schedule/day-by-day