Europe’s enemy not only in Moscow but also in Paris

With the results of the first round of the French presidential elections’ in, politicians from Spain, Germany and Italy issued strong statements against far-right Marine Le Pen, warning that the second round in two weeks will be a vote for Europe or Vladimir Putin’s protégé in the bloc. 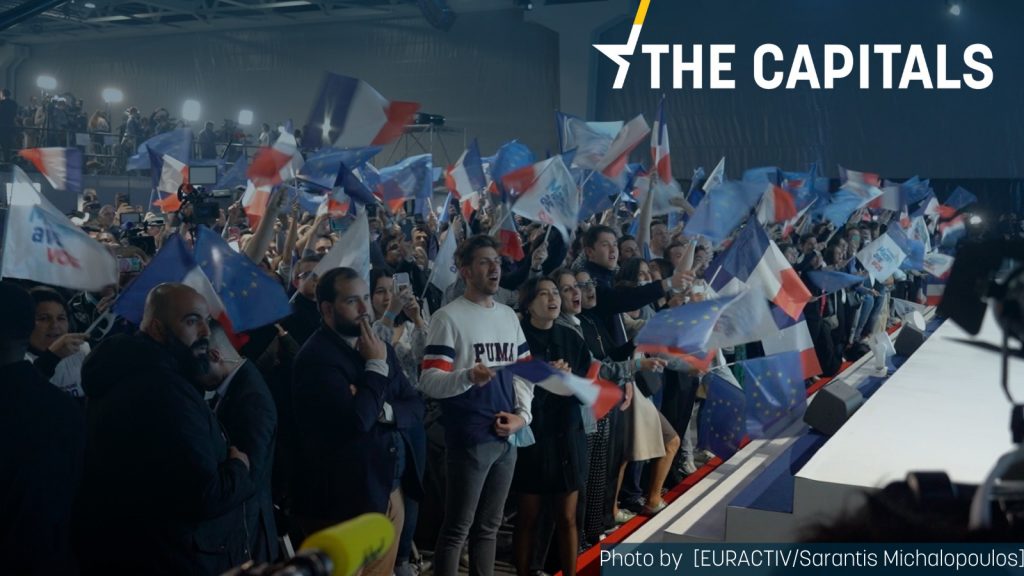 With the results of the first round of the French presidential elections’ in, politicians from Spain, Germany and Italy issued strong statements against far-right Marine Le Pen, warning that the second round in two weeks will be a vote for Europe or Vladimir Putin’s protégé in the bloc.

With 97% of the vote counted in the first round, projections early on Monday showed Emmanuel Macron reaching 27,4% of the vote, with Le Pen taking 24%.

The second round on 24 April is projected to be neck and neck between Macron and Le Pen.

Spain’s Prime Minister Pedro Sánchez warned that the enemy of Europe “is not only in Moscow, but also in Paris […] in the French elections, it is in Madrid (far-right party Vox) and it is in all the far-right political projects that undermine the foundations of coexistence.”

In Germany, the election also did not receive much media attention. While the main news channel Phoenix TV covered the election in the early stages, it switched to showing an unrelated documentary after 9 pm.

“A little more on the France election on live TV would also be nice,” German MEP Daniel Freund commented on Twitter.

German ministers mostly refrained from commenting on the result, but several lawmakers made fierce statements against France’s far-right candidate.

“Now rally everyone behind Emmanuel Macron! It’s him or the downfall of a united Europe. Sounds pathetic. But it is,” Michael Roth, chairman of the foreign policy committee of the Bundestag said on Twitter.

Similarly, Udo Bullmann, an EU lawmaker for the SPD, said France is at “crossroads” again. “Only by joining forces will it be possible to stop right-wing radicalism and anti-European nationalism,” he tweeted.

Former chancellor candidate of the conservative CDU, Armin Laschet, also reacted to the election. “The run-off election will now decide the future of Europe,” he said, adding that Le Pen wants to destroy Europe and Macron’s victory is crucial.

In Rome, Enrico Letta, the secretary of the centre-left Democratic Party (PD), said, “the victory of Marine Le Pen would be a bigger victory for Putin than the one in Ukraine”.

“She [Le Pen] has a history with Russia and Putin. Her winning would be an unprecedented political earthquake in Europe. It would unravel Europe and would have an impressive impact on us as well”, the PD leader told Rai 3.

Former President of the Italian Chamber of Deputies Laura Boldrini commented, “With Le Pen, Putin’s friends, and the enemies of Europe win. At the run-off vote, all the democratic forces should stand together in support of Macron. But Macron should also listen to the message of social discomfort expressed in the wide consensus to Melenchon”.

There was no reaction from any political group in Romania, but centre-right MEP Siegfried Muresan said, “who votes for Marine Le Pen, votes Vladimir Putin.”

“Without its fragmentation, the left could have entered the second round. With Macron, who has shifted even further to the right, we are very much separated. But for the second round, against far-right Le Pen, there are no equal distances,” the Greek MEP and vice-president of the EU Parliament said.

Meanwhile, far-right Lega Nord’s leader Matteo Salvini has so far been the only EU politician to openly back Le Pen following the election results.

“Well done Marine, we are happy for your success and proud of your work, your courage, your ideas and your friendship”, Salvini said.

Salvini and Le Pen have been working on creating a new far-right movement across Europe, however, another electoral defeat for Le Pen could potentially put their plans on hold.

Last February, Salvini said, “We count on you. All the Italian people count on you because together we can change Europe”.

EURACTIV Italy reports that Salvini will likely travel to Paris to stand by his friend Le Pen in the run-off vote.

Analysts expect that the next two weeks will be crucial, considering the political atmosphere in Paris will be escalated.

“The two weeks of campaign ahead are going to be extremely tough: they will have to make up for the lack of campaign we experienced until now,” Tara Varma, an analyst and head of the European Council on Foreign Relations (ECFR) think-tank told EURACTIV.

A French student and supporter of Macron tells EURACTIV’s Alexandra Brzozowski and Sarantis Michalopoulos that “in the second round, supporters of Jean-Luc Mélenchon may prefer to abstain”. Mirko Paradiso

She said Macron’s speech focused on a strong France in Europe believing in science and reason, while on the other hand, Le Pen focused on domestic priorities, promising to unite the French population around “a popular and national project and a community of destiny”.

The analyst estimated that Le Pen wants to reach out to leftist voters and will attempt to challenge Macron on these issues that have proven complicated for him, especially during the Gilets Jaunes movement.

Jean-Luc Mélenchon has called on his voters to “not give even one vote to Marine Le Pen”.

However, Macron supporters told EURACTIV yesterday in Paris that a lot will depend on his influence on the Gilets Jaunes movement, which is expected to get mobilised in the next weeks.