Edson Arantes do Nascimento, better known as Pelé, the legendary Brazilian soccer player who rose from barefoot poverty to become one of the greatest and best-known athletes in modern history, he played on three winning World Cup teams in 1958, 1962, and 1970. He has died at the age of 82. 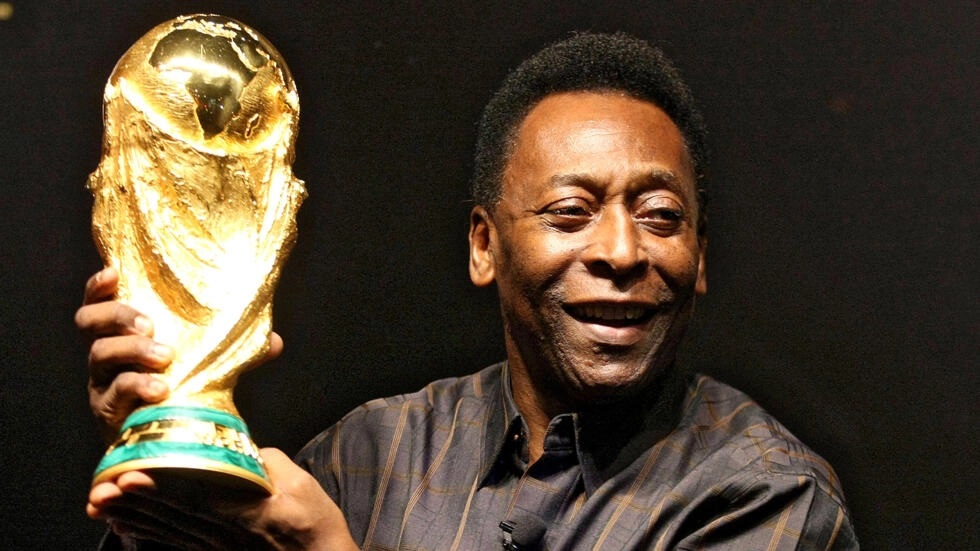 The advent of Pelé in white football pushed the Western world to overcome racism, and to start recruiting black players.

Sao Paulo’s Albert Einstein hospital, where Pelé was undergoing treatment, said he died at 3:27pm on Thursday. The death of the only man to win the World Cup three times as a player was confirmed on his Instagram account.

« Inspiration and love marked the journey of King Pelé, who peacefully passed away today, » it read, adding « he had enchanted the world with his genius in sport, stopped a war, carried out social works all over the world and spread what he most believed to be the cure for all our problems: love. »

Tributes poured in from across the worlds of sport, politics and popular culture for a figure who epitomized Brazil’s dominance of the beautiful game.

The out-going government of Brazilian President Jair Bolsonaro declared three days of national mourning. Bolsonaro said in a statement that Pelé was « a great citizen and patriot, raising the name of Brazil wherever he went. »

Bolsonaro’s successor, President-elect Luiz Inacio Lula da Silva, wrote on Twitter that « few Brazilians carried the name of our country as far as he did. »

US President Joe Biden said on his Twitter account that Pelé’s rise from humble beginnings to soccer legend was a story of « what is possible. »

On Monday, a 24-hour wake will be held for Pelé in the centre of the field at the stadium of Santos, his hometown club where he started playing as a teenager and quickly rose to fame.

The next day, a procession carrying his coffin will pass through the streets of Santos, passing the neighbourhood where his 100-year-old mother lives, and ending at the Ecumenical Memorial Necropolis cemetery, where he will be buried in a private ceremony.

Pelé, whose given name was Edson Arantes do Nascimento, joined Santos in 1956 and turned the small coastal club into one of the most famous names in football.

In addition to a host of regional and national titles, Pelé won two Copa Libertadores, the South American equivalent of the Champions League, and two Intercontinental Cups, the annual tournament held between the best teams in Europe and South America.

He took home three World Cup winner’s medals, the first time as a 17-year-old in Sweden in 1958, the second in Chile four years later – even though he missed most of the tournament through injury – and the third in Mexico in 1970, when he led what is considered to be one of the greatest sides ever to play the game.

He retired from Santos in 1974 but a year later made a surprise comeback by signing a lucrative deal to join the New York Cosmos in the then nascent North American Soccer League.

In a glorious 21-year career he scored between 1,281 and 1,283 goals, depending on how matches are counted.

Pelé, though, transcended soccer, like no player before or since, and he became one of the first global icons of the 20th century.

With his winning smile and a humility that charmed legions of fans, he was better known than many Hollywood stars, popes or presidents – many if not most of whom he met during a six-decade-long career as player and corporate pitchman.

Pelé credited his one-of-a-kind mix of talent, creative genius and technical skill to a youth spent playing pick-up games in small-town Brazil, often using grapefruit or wadded-up rags because his family could not afford a real ball.

He was named “Athlete of the Century” by the International Olympic Committee, co -« Football Player of the Century » by world soccer body FIFA, and a « national treasure » by Brazil’s government.

His celebrity was often overwhelming. Grown adults broke down crying in his presence with regularity. When he was a player, souvenir-seeking fans rushed the field following games and tore off his shorts, socks and even underwear.

Yet even in unguarded moments among friends, he rarely complained. He believed that his talent was a divine gift, and he spoke movingly about how soccer allowed him to travel the world, bring cheer to cancer patients and survivors of wars and famine, and provide for a family that, growing up, often did not know the source of their next meal.

Brazil’s CBF soccer federation said « Pelé was much more than the greatest sportsman of all time... The King of Soccer was the ultimate exponent of a victorious Brazil. »

Kylian Mbappé, the French star many view as the current best soccer player in the world, also offered his condolences. 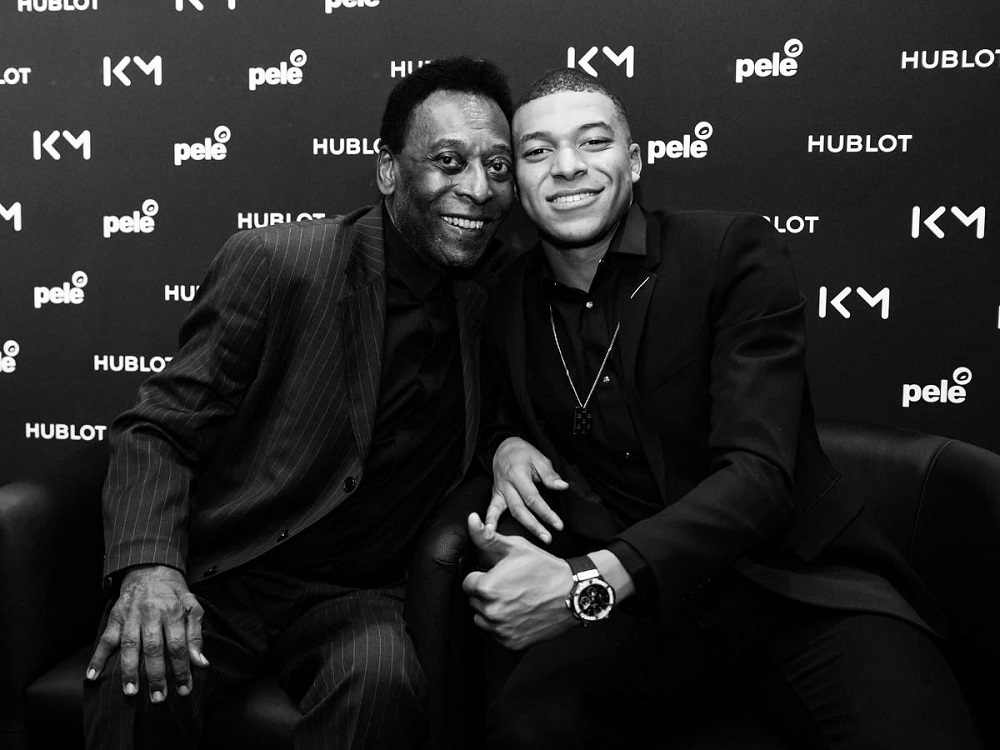 « The king of football has left us but his legacy will never be forgotten, » he wrote on Twitter. « RIP KING. »

The African daily newspapers are virtually unanimous in celebrating the talent and generosity of the late Pelé.

The surprisingly muted South African press response to the news of Pelé’s death may be due to the thinness of editorial teams over the holiday period. You’ll look hard at this morning’s front pages for any mention of the great man. Even on the sports pages, the choice is either nothing at all or straight reprints of off-the-peg news agency tributes.

The Durban-based Daily News is an honourable exception.

In a piece headlined « Football icon Pelé had a special relationship with South Africa », Daily News journalist Eshlin Vedan remembers the shocking incident in the 1960s when the apartheid-era police refused to allow Pelé leave Johannesburg airport. Stunned by the treatment, Pelé vowed not to return to South Africa until Nelson Mandela was released from prison.

After Mandela’s election as the first democratic president of South Africa, the two men met and became firm friends.

Mandela said of the footballer that watching him play was like watching « the delight of a child combined with the extraordinary grace of a man in full ». 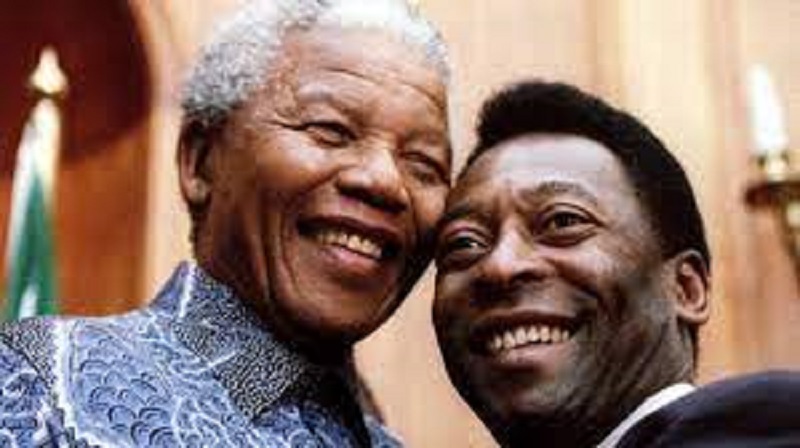 When Mandela passed away, the Brazilian genius said he was « my friend and my idol ».

« He was my companion in the struggle for the popular cause and for world peace, » Pelé said. « Let us carry on his work. He was one of the most influential people in my life. »

« The world is a poorer place »

The Sowetan quotes South African Football Association President, Dr Danny Jordaan, to the effect that the world is a poorer place for the absence of "one of the greats.

« He was in South Africa during the World Cup in 2010 and supported us. We remember him not only as the great footballer he was, but also as a great ambassador of the sport.

« He was a supporter of African progress in football. Years ago he predicted an African nation would win the Fifa World Cup before the year 2000 and while it is yet to happen, the performances of the African teams at the World Cup in Qatar must have put a smile on his face, » Jordaan is quoted as saying.

The Nation in Kenya laments « The end of an era ». Sister paper The Standard remembers yet another African fiasco, this time in 1976.

Pelé visited Kenya after leading Brazil to World Cup glory for his third time, and took Starehe Boys Centre schoolkids through their paces at the Jamhuri Park Stadium.

It was the experience of a lifetime.

However, Kenneth Matiba, the then Chairman of the Kenya Football Federation, said his organisation would have nothing to do with the famous Brazillian visitor.

The federation was apperently worried about Pelé’s contract with the Pepsi softdrink company, and was unsure if he was promoting football or the sugary beverage.

Pelé later described the global football workshops for children, financed by Pepsi Cola, as « a triumph; one of the best things I ever got involved with. »

The Igihe .com wrote: « Brazil football legend Pele dies at 82. Pele, the Brazilian footballer whose extraordinary talent and unmatched achievements made him a global icon ».

The Kigali Today wrote on the Pelé’s death: « Occasionally, mortals in ancient Greece, would be granted apotheosis, the process of being deified, joining the pantheon of the gods. It is almost certain, that had he lived in ancient Greece, Pele, who has died at the age of 82, would have been such a mortal. As it is, he is forever celebrated, the world over, as a footballing god ».

May Edson Arantes do Nascimento rest in peace !