Football Kenya Federation [FKF] premier league side Kenya Police FC toured Kigali National genocide memorial in remembrance of more than one million victims of the 1994 Genocide against the Tutsi in a masscare that saw over 250,000 victims of the Genocide laid to rest. By Maxwell Wasike 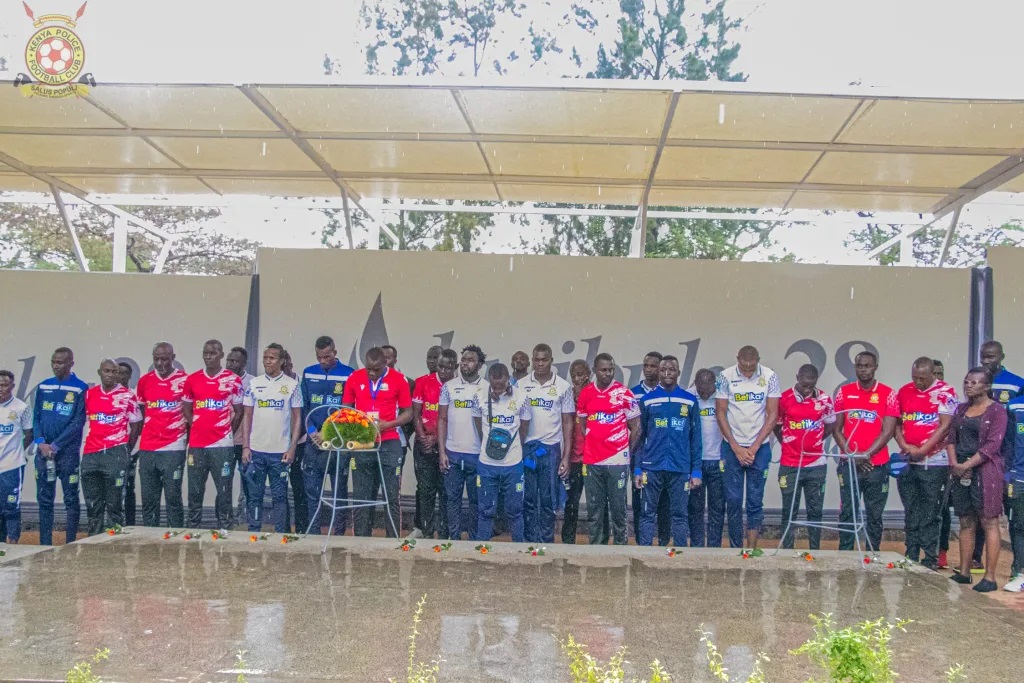 Kenya Police were in Rwanda for pre-season friendly match against Rwandan giants Rayon Sports which was called off at the 11th hour due to Kenya’s indefinite suspension from all football activities by the world governing body,FIFA

Money bags Kenya Police FC have continued to flex their muscles in the transfer market ahead of the 2022/2023 Football Kenya Federation (FKF) Premier League season after signing several players from rivals clubs to strengthen their squad ahead of league kick off on September 10.

« We had scheduled to play a friendly match against Rayon Sports of Rwanda National League but it won’t be played as earlier communicated. As we all know, Kenya is under a Fifa suspension and we have to adhere to that until everything is solved, » said team CEO Chris Oguso

Nine-time Rwandan champions Rayon Sports were using the match against Kenya Police to prepare for their league match against arch-rivals Police FC of Rwanda.

Rayon Sport is home to the Kenyan International Paul Were who joined the team on August 11 on a one-year deal.

Were made his debut in their first game of the season against Rutsiro FC, providing the assist for the match winner in their 2-1 victory.

Kenya Police finished ninth in the league last season and open their campaign against Bandari at the Nyayo National Stadium on September 11.