MNAGANGWA – BLAIR: Chemistry between us initially not excellent - Mnangagwa

PRESIDENT Emmerson Mnangagwa has revealed that he will meet with former United Kingdom prime minister Tony Blair in Egypt next month. By Thandiwe Garusa 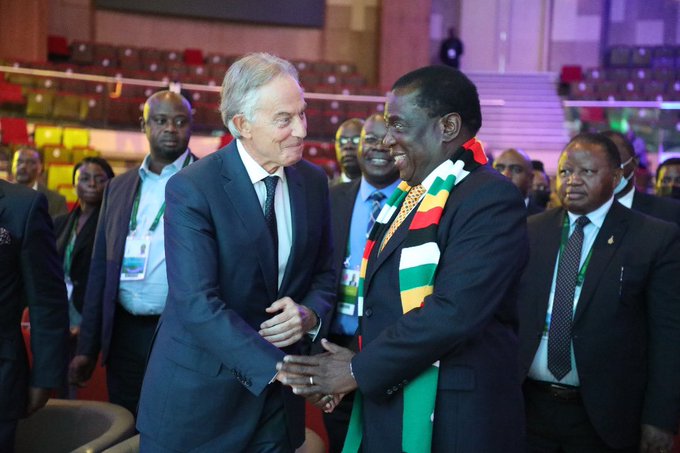 Mnangagwa met Blair in Kigali, Rwanda where they were attending the Africa Green Revolution Forum 2022, an annual nature conservative summit.

Briefing to government officials after his arrival back in Harare Thursday, Mnangagwa said Blair had accepted to work with him and bury the past diffences.

« In the course of that (the summit) we then met Tony Blair, I think initially the chemistry between me and him was not excellent, but after some contact, the chemistry improved, and we have agreed that we should have further interactions in Egypt.

« He accepts that the past is the past, we cannot live in the past. We should now look into the future and see how we can move better, » Mnangagwa said.

Mnangagwa and his Zanu PF party blame Blair for sanctions imposed against Zimbabwe by western countries more than two decades back over human rights abuse and governance concerns.

The Harare regime says the sanctions were meant to punish the country for its land reforms and blames them for local economic problems since.