« We are the sisters you never wanted. » By Margarida Bastos 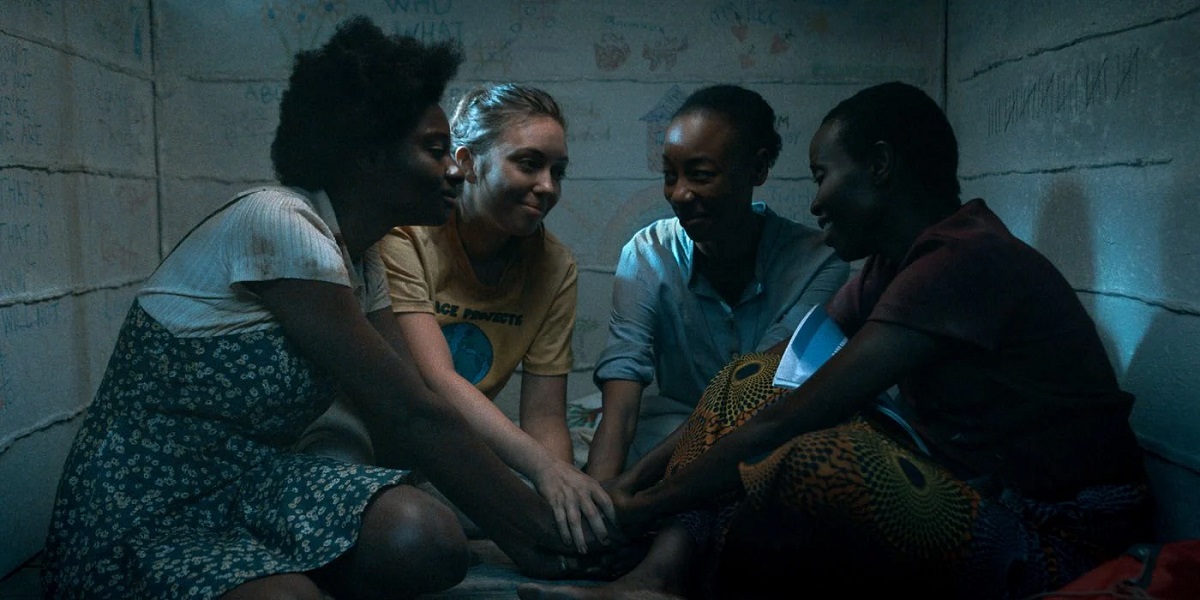 Netflix has released the official trailer for Alanna Brown’s directorial debut Trees of Peace, a film based on true events which took place during the Rwandan genocide in the 1990s. Directed and written by Brown, the movie follows four women from different backgrounds who form unbreakable bonds while in hiding during the harrowing events of the genocide in Rwanda.

The genocide occurred from April 7 to July 15, 1994, and during this period members of the Tutsi minority ethnic group were massacred by armed soldiers. The number of Tutsi deaths is estimated to be around 500,000 to 662,000. The brutality of this event shocked the world, but even so, no country stepped forward to attempt to stop the killings.

The poster for the film, with all the four women’s hands reaching upward towards the light, is quite striking in its message that these protagonists are supporting each other and sticking together through moments of unbelievable strife and anguish. The trailer complements the poster as it gives an idea of whom each of these women is and how different they are amongst themselves. The women, Mutesi, Peyton, Jeanette, and Annick, all must hide in a small hidden room beneath the floor of a kitchen. The trailer shows how this sisterhood between them was formed over the course of numerous uncertain days. The title, “Trees of Peace”, seems to correspond to the title of a book and the passages from it directly relate to the messages imparted by the film: “Seeds of love are planted each and every day. They are part of life in every single way.”

According to Essence, Brown made a statement saying:

« The Rwandan women who persevered beyond this genocide struck such a chord with me. Their story is specific, but the themes of inner turmoil and forgiveness are incredibly universal. I am grateful to Netflix for giving Trees of Peace the platform to touch so many people, which was the dream when I set out to make it eight years ago. « Many thanks also to our unyielding producing team, led by Ron Ray, our phenomenal actors, and every department head, who were instrumental in bringing this story to light as powerfully as possible ».

Trees of Peace is scheduled for global release on June 10, 2022. Check out the trailer and poster below: