Chinese Foreign Minister Qin Gang has said Africa should have a greater voice in the UN Security Council and other international bodies, something the continent’s leaders have long called for. He is on a week-long tour of five African countries to oversee numerous infrastructure projects. 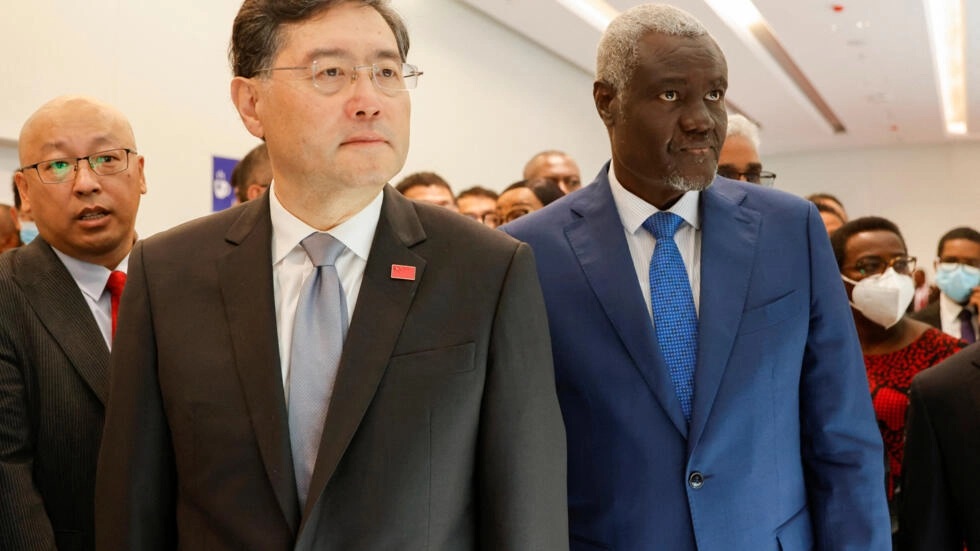 Chinese Foreign Minister Qin Gang has said Africa should have a greater voice in the UN Security Council and other international bodies, something the continent’s leaders have long called for. The diplomat is on a week-long tour of five African countries to oversee numerous infrastructure projects.

“We should boost the representation and voice of developing countries, especially those of African countries, in the UN Security Council and other international organizations,” Qin said at the inauguration of the Chinese-funded headquarters for the African Centre for Disease Control and Prevention in Ethiopia’s capital Addis Ababa on Wednesday.

Qin made the call in a statement issued after meeting the head of the African Union Commission Moussa Mahamat Faki, who voiced frustration at what he said was the exclusion of Africa from international governance.

“For several decades now we have been fighting for a reform of the international system as a whole and particularly on behalf of the United Nations Security Council,” he said.

The UN Security Council is made up of 15 members, five of whom are permanent and have veto-wielding power: the United States, Russia, China, France and Britain.

The other 10 positions are filled by other countries for two-year stints, five of which are announced each year.

Qin, who is on his first overseas visit as foreign minister, rallied countries to work together “to make the global governance system more just and equitable”.

“Africa should be a platform for international cooperation, not an arena for competition between major countries,” he said.

The African Union has sought to shake up its relations with the world and has called for two permanent African members on the powerful council, saying African issues make up most of the council’s business.

“Africa refuses to be seen as an arena for influence struggles,” Faki said. “We are open to cooperation and partnerships with everyone.”

President Joe Biden said in September last year that the United States would back permanent seats for Africa and Latin America, in addition to previous support to include Japan and India.

Biden also backed a permanent African Union role in the Group of 20 leading economies and said he was planning a visit – the first by a US president since 2015 – to sub-Saharan Africa.

Previously China’s ambassador to the United States and known for his tough talk against the West, he was named foreign minister on 30 December.

He spoke a day before the French and German foreign ministers arrived in Addis Ababa on a mission to support a peace agreement signed last year to end two years of war.