It is my honor to be here with you this...

Principal Deputy Assistant Secretary Massinga was honored to deliver virtual remarks at the Embassy of Rwanda on the occasion of Kwibuka 28. You can read his remarks here: 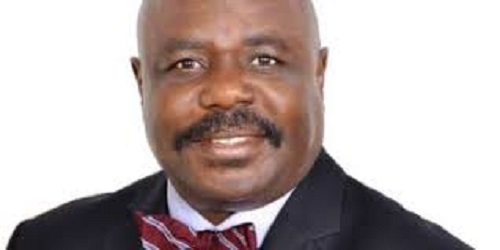 It is my honor to be here with you this afternoon on the solemn occasion of Kwibuka 28. Thank you to Ambassador Mukantabana for inviting me. It is a privilege to be here as we come together to “Remember, Unite, and Renew.”

On the 28th anniversary of the tragic events that unfolded in 1994, the United States commemorates the Tutsi – men, women, and children – who were targeted for their ethnicity and murdered during one hundred days of genocidal violence. We grieve for the lives lost during this period, which also include Hutu and others who were killed for resisting this unspeakable violence. We stand with the survivors who bore witness to these crimes.

Each year, we are also reminded of the incredible strength and resilience of the Rwandan people. The United States is proud to stand with the people and the Government of Rwanda in their efforts to overcome the terrible legacy of one of the darkest chapters in human history.

In the wake of genocide, Rwanda united in reconciliation, attaining remarkable progress in becoming a more peaceful and prosperous nation. As we join in remembering the victims and reaffirming our support for the people of Rwanda in their continued efforts for unity and renewal, we oppose any attempt to misrepresent the historical record for political purposes. In particular, we strongly oppose any denial or minimization of the genocide that was intended to destroy Tutsi.

The United States has been and will remain one of Rwanda’s strongest supporters in seeking accountability for the genocide—from our role helping to establish and support the International Criminal Tribunal for Rwanda, to the State Department’s ongoing financial rewards for information leading to the arrest of the remaining fugitives wanted by the International Residual Mechanism for Criminal Tribunals. We will never stop helping victims seek justice for these crimes.

We remain steadfast in supporting the peace and prosperity of the Rwandan people and preventing the horror of mass atrocities from occurring again. The United States will continue to work side-by-side with the Rwandan people, the Government of Rwanda, and the international community as we seek to bring those responsible for genocide to justice.

Thank you again for allowing me the opportunity to join you on this solemn day, which gives us the opportunity to remember the victims of genocide, to unite in upholding our common humanity, and to renew our commitment to protecting the vulnerable.