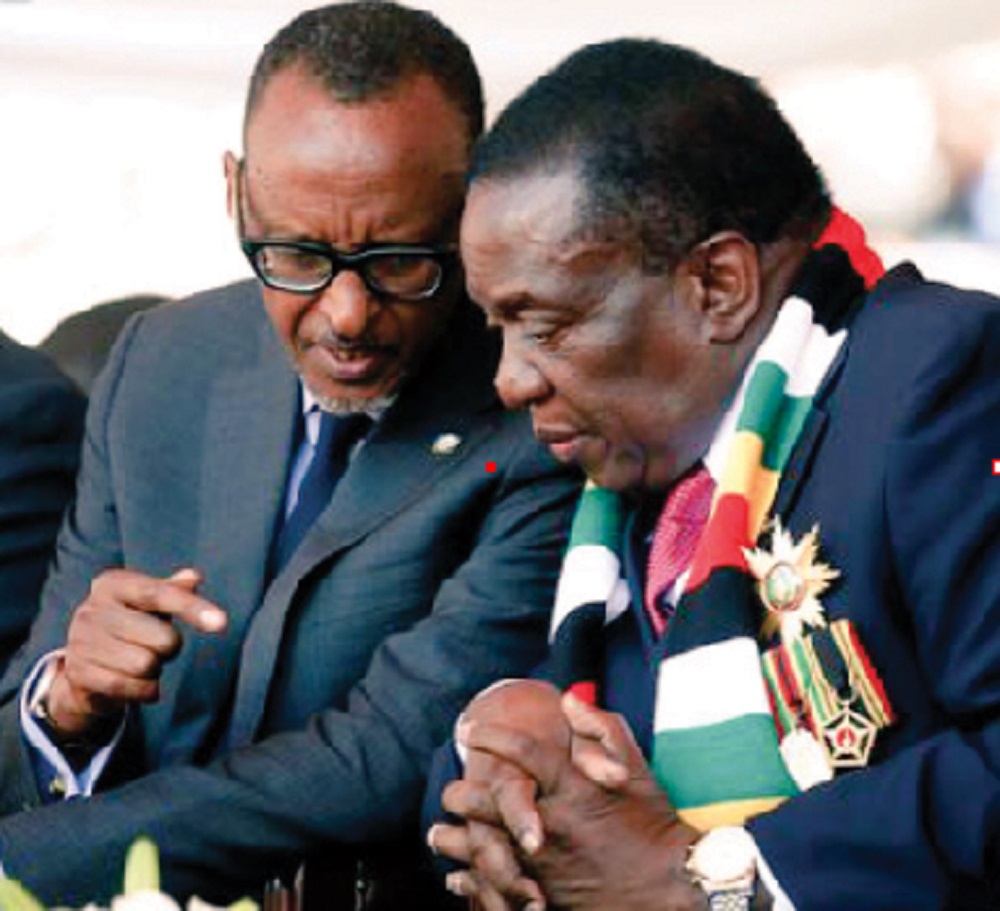 This comes about two months after Mnangagwa visited Rwanda to attend a summit on Africa’s Green Revolution.

« Only last week, over 150 Zimbabwean teachers left for Rwanda, under a bilateral agreement between us and the sister Republic of Rwanda. These Zimbabwean professionals will share their skills with their counterparts in that friendly African country. This will benefit the children of that African country. In fact, I will host President Paul Kagame in our country in a week, » Mnangagwa wrote in his weekly column for a local newspaper. He did not say when Kagame would arrive.

Kagame has ruled Rwanda since 2000 and has been popular for leading technological advancements in the country.

So far, according to Mnangagwa, through Kagame-led government’s effort, Zimbabwe’s power utility Zesa has secured a US$800 million loan for rural electrification.

The loan comes as the country suffers hours of darkness due to load shedding as a result of antiquated equipment often down and operating at subdued capacity.

In the column, Mnangagwa said Zimbabwe must celebrate and invest in its citizens who he said were helping on the re-engagement exercise.

« A nation’s soft power is a key resource and capital of that nation. It must be built, promoted, summoned, harnessed and deployed to purposeful outcomes. It, too, must be rewarded and celebrated as it manifests itself in our citizens who personify and actualise it, » he said.

« Our national cultures, our values, our policies, our education, our patents, our inventions, our unique competencies, our cuisine, our song, dance, art, poetry and other creative products: all these go towards this intangible capital we must bank, cherish, support and project worldwide to carry our mission. »

Mnangagwa said was now persuaded that in many respects and spheres, citizens do better and go further than the government.