Realising the heavy cost of the internal divide, the country chose the path of healing, reconciliation and social unity. By Sudheendra Kulkarni, an aide to former Prime Minister Atal Bihari Vajpayee 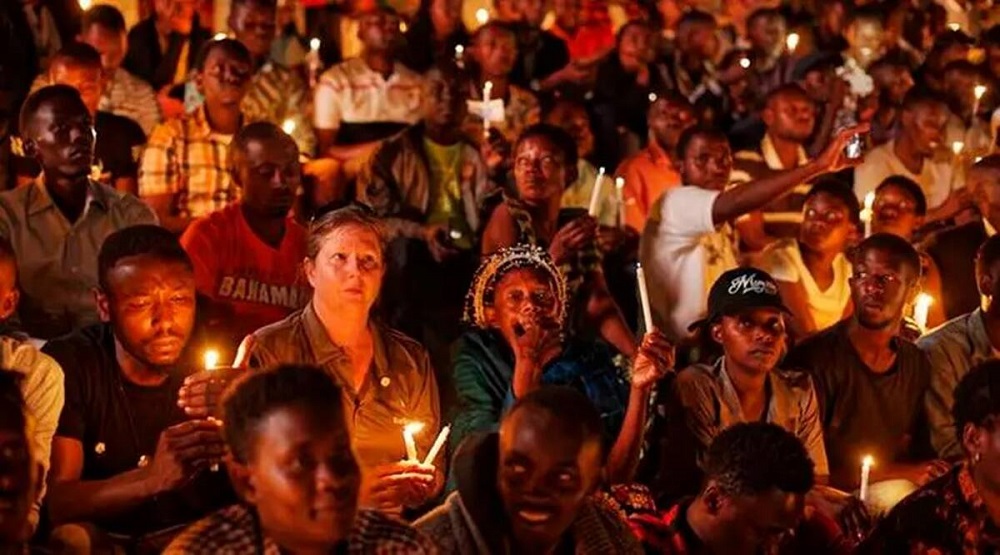 After spending five heart-wrenching hours at the Kigali Genocide Memorial, the only thought that echoed in my mind was: A massacre of this scale and of such bestiality couldn’t have happened spontaneously. It must have taken years — decades, in fact — of poisonous and contagious propaganda to make a section of the Rwandan society mentally willing to commit this crime. On April 6, 1994, a plane carrying Rwanda’s Hutu President, Juvenal Habyarimana (also neighbouring Burundi’s Hutu President, Cyprien Ntaryamira) was shot down in Kigali. This triggered revenge killings, the next day. In a span of just 100 days, over a million innocent people were murdered. This means an average of 10,000 killings were carried out each day in a small country that had a population of 7 million at the time. Most were minority Tutsis, but they also included thousands belonging to the majority Hutu community who refused to participate in mass violence. Children were butchered. Women were raped and killed. If a Hutu had a Tutsi wife, he was told to kill her, and many did.

State complicity had a big hand in what happened. However, a more decisive factor was the success of the extremist propaganda in influencing the killers, many of them ordinary Hutus, into believing that Rwanda belonged exclusively to them and that Tutsis were aliens. The government advocated “Hutu Power” and “Hutu-ness” or Hututva — much like some Hindutva radicals in India are doing these days with their calls for mass-killing of Muslims. The pro-regime media, especially Radio Rwanda, relentlessly transmitted racist propaganda against Tutsis and moderate Hutus. As early as in 1990, Hutu extremists published, “The Hutu Ten Commandments”, which, among other things, said: “Any Hutu who does the following is a traitor — has a Tutsi wife, mistress, secretary or dependent; (and) does business with a Tutsi…Hutu must be strong and vigilant against their common Tutsi enemy.”

The Hutu-Tutsi divide was a deliberate “divide-and-rule” tactic of the Belgian colonialists who ruled Rwanda until 1962. Its Hutu rulers continued it after independence. Gregoire Kayibanda, the country’s first prime minister, followed a policy of ethnic cleansing and stated: “The Hutu and the Tutsi communities are two nations in a single state. Two nations between whom there is no intercourse and no sympathy, who are ignorant of each other’s habits, thoughts and feelings as if they were the inhabitants of different zones or planets.”

These words have an eerie resonance with the toxic “Two-Nations Theory” that divided India in 1947. In his speech at the Muslim League’s conference in Lahore in 1940, Mohammed Ali Jinnah said: “Islam and Hinduism are…two different and distinct social orders; and it is a dream that the Hindus and Muslims can ever evolve a common nationality. Hindus and Muslims belong to two different religious philosophies, social customs, and literature. They indeed belong to two different civilisations which are based mainly on conflicting ideas and conceptions. They have different epics, their heroes are different. To yoke together two such nations under a single state, one as a numerical minority and the other as a majority, must lead to growing discontent, and final destruction of any fabric that may be so built up for the government of such a state.”

Jinnah’s obduracy and British complicity led to India’s partition, which caused the killing of nearly one-and-a-half million Hindus, Sikhs and Muslims, and the largest trans-border migration in world history. The wounds of that tragedy have still not fully healed. Minorities have become nearly invisible in Pakistan, and majoritarianism has raised its ugly head in India seeking to destroy our secular fabric.

Rwanda took a different route after the genocide. Realising the heavy cost of the continued internal divide, the country chose the path of healing, reconciliation and social unity, and has never looked back. It is now illegal in Rwanda to politically identify people as Hutu, Tutsi or Twa (a tiny minority). “We are all Rwandans now and there is no discrimination,” they say. Hutu-Tutsi marriages have become common.

One of the most difficult tasks before the country was to prosecute and punish an estimated three million people who took part in the killings. The Rwandan government introduced an innovative system to meet the difficult challenge: It set up make-shift Gacaca courts all around the country, reviving an old tradition of justice delivery through community participation at local levels. It also encouraged communities to establish dialogue groups, in which genocide survivors and those who aided and abetted it could build new bonds of understanding and peaceful coexistence.

An exhibit in the Kigali Genocide Memorial has a testimony by Irene Ntawunganuyu, a member of a women’s dialogue group, who says: “My neighbour was in prison because he killed my husband. In the Gacaca courts, he revealed where two of my six children were buried. I got the remains of my children. That neighbour asked me for forgiveness. I thanked him for speaking the truth.”

Reconciliation has brought peace, and peace in turn has accelerated Rwanda’s progress. Its post-conflict transformation is truly eye-catching. Rwanda is praised as the safest — also the cleanest and most corruption-free — country in Africa. “The success of the ‘Swachch Rwanda Abhiyan’ can be seen not only in Kigali, the capital city but also in the remotest village in the country. A woman can walk alone anywhere even at midnight,” an Indian friend in Kigali told me. (There are nearly 2,500 Indians living here.)

Since the country lacks mineral resources, it has focused on enriching its human capital with a focus on women’s empowerment. At 64 per cent, Rwanda has the world’s highest representation of women in Parliament. Kigali has become a hub of technology companies, with an aspiration to become the “Singapore of Africa”. A senior executive at One Africa Network, which has built 100,000 km of fibre optic broadband backbone covering all of Africa, told me, “We adopt new technologies almost at the same time that USA, Europe, China or India does.” He added, “Of course, ours is still work in progress and we have a long way to go.”

All the Rwandans and Indians in Kigali I spoke to said the country’s post-genocide recovery and progress could not have been possible without the “strong, determined and benevolent” leadership of Paul Kagame, Rwanda’s president since 2000. Though he belongs to the minority Tutsi community, he has gained the confidence of the entire country. Many in the West criticise him for being an autocrat who suppresses dissent. Rwanda can be faulted for not being a democracy. However, as another Indian friend who has been living in Kigali for a decade told me, “People here are happy. Their lives have improved beyond recognition. They enjoy peace and security. And they have hope that the future will be even brighter. There are very few countries in the world, and none in Africa, that have achieved such incredible post-conflict transformation.”