The Commonwealth Secretary-General, the Rt Hon Patricia Scotland KC, addressed leaders from 79 countries in Africa, the Caribbean and the Pacific, as well as strategic partners, highlighting the importance of solidarity among nations in the face of multiple global challenges. 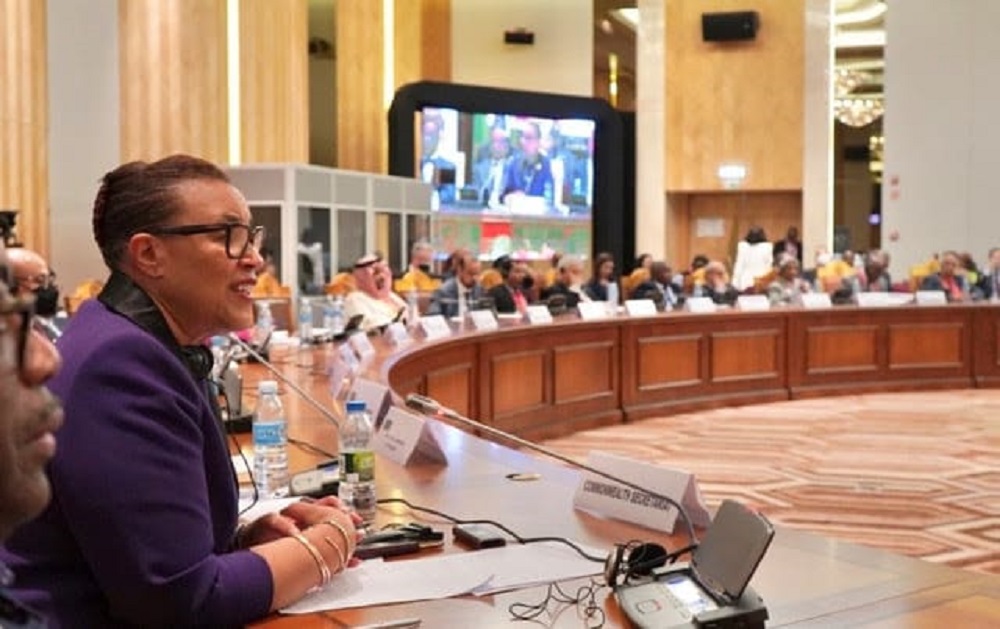 During a high level dialogue with strategic partners at the 10th Summit of Heads of State and Government of the Organization of African, Caribbean and Pacific States (OACPS), held in Luanda, Angola from 6 to 10 December, the Secretary-General stated:

« The Commonwealth and OACPS share 42 member countries, and through an MOU, we have enjoyed the closest of associations.

« Amidst unprecedented challenges such as the COVID-19 pandemic, global economic decline, the conflict in Ukraine and the worsening climate crisis, the world has never needed our solidarity more.

« If you want to know what solidarity looks like between Africa, the Caribbean and the Pacific - and their friends - you only have to look at the fight for climate action. »

She outlined how the Commonwealth, as a voluntary association of now 56 countries, spanning five geographical regions with a combined population of 2.5 billion people, has sought to advance global action on climate change for decades.

In 1989, Commonwealth leaders recognised climate change as an existential threat in the Langkawi Declaration on the Environment. 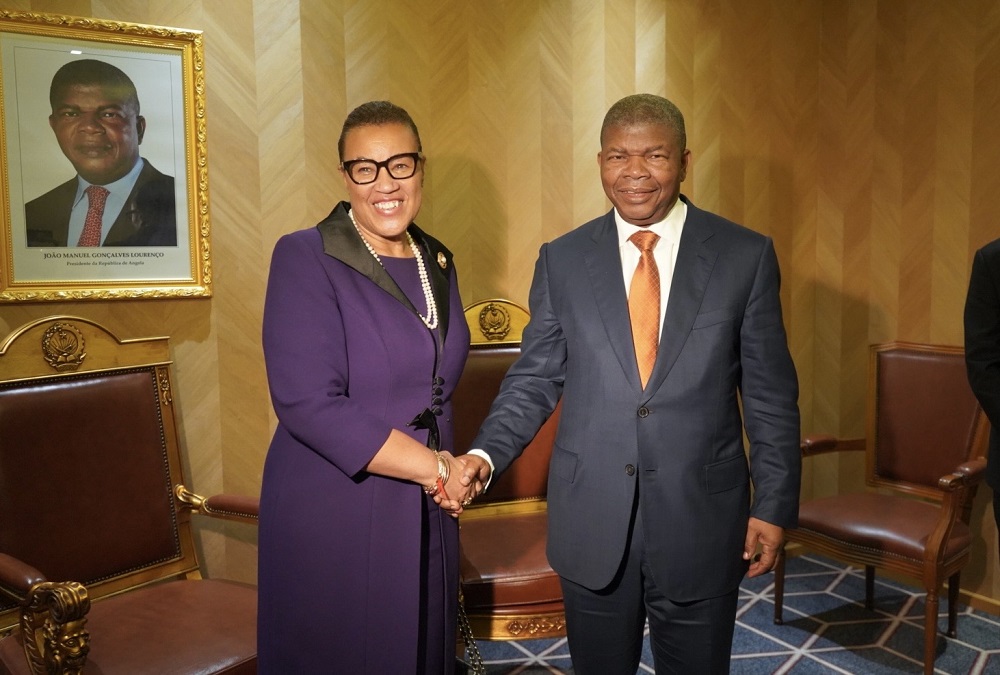 The 10th OACPS Summit was chaired by the President of Angola, who takes over the presidency from Kenya.

This year, at the Commonwealth Heads of Government Meeting in Rwanda in June, leaders jointly called for scaled up action and support around the issue of loss and damage. This has been a critical issue for many vulnerable countries who require financing to address the negative impacts they have already suffered due to climate change.

It was included for the first time on the official agenda of the UN Climate Change Conference (COP27) in Sharm El-Sheikh, leading to a historic step forward to set up a global Loss and Damage Fund.

The Secretary-General emphasised: “It was solidarity that delivered the historic outcomes on Loss and Damage at COP27, just a few weeks ago.”

Towards a Smart Commonwealth

She added that a digitalised and “smart” approach to building resilience was also crucial to overcoming challenges, outlining flagship programmes such as the Commonwealth Climate Finance Access Hub, the Commonwealth Blue Charter, the Commonwealth Connectivity Agenda on Trade and Investment, which are currently being rolled out to support member countries.

In the margins of the OACPS summit, the Secretary-General also met with leaders to discuss shared interests and opportunities for partnerships. This included meetings with President João Manuel Lourenço of Angola, President Emmerson Mnangagwa of Zimbabwe, President Wavel Ramkalawan of Seychelles, Prime Minister Philip Davis of The Bahamas, Prime Minister Fiame Naomi Mata’afa of Samoa and other dignitaries.