OPINION : The failed « state of siege » in eastern DRC should not be extended

There are much more promising strategies that could help bring sustainable peace to the region. By Nic Hailey, Executive Director, International Alert 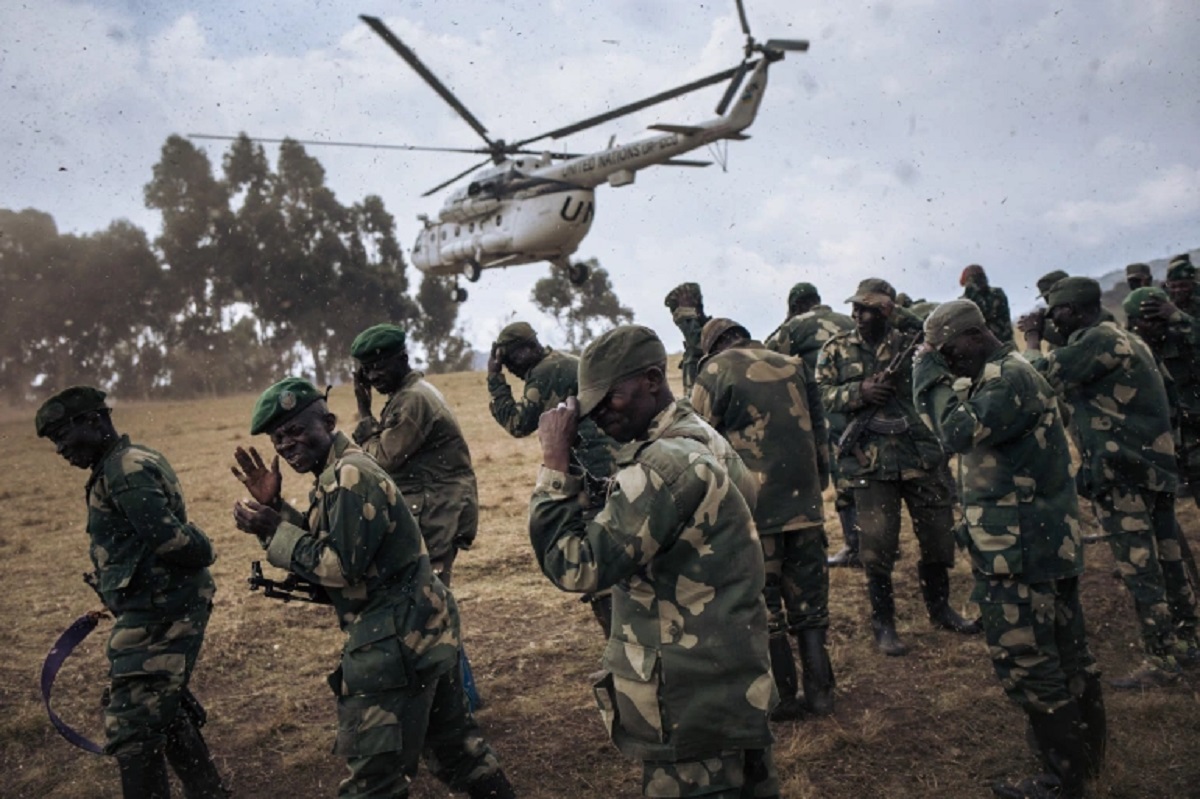 On May 1, 2021, President Félix Tshisekedi announced an “état de siège” – effectively martial law – in Ituri and North Kivu, two eastern provinces of the Democratic Republic of the Congo (DRC).

Since then, the Congolese army, Ugandan forces, and the UN’s largest peacekeeping mission, MONUSCO, have all been playing their part in a big push against the region’s myriad armed groups.

The état de siège has been prolonged no fewer than 22 times. But violence continues to worsen: abductions have more than doubled and destruction of property has trebled over the last year, according to the Kivu Security Tracker project coordinated by Human Rights Watch.

Green and rich in minerals, this part of the Congo has been plagued by conflict for decades. By some estimations, DRC has seen the deadliest conflict globally since World War II. More than five million people remain displaced. Elections set for 2023 could escalate violence further.

All DRC’s eastern neighbours have interests in its security, and are far closer to the conflict than DRC’s capital Kinshasa. Uganda, for example, is keen to secure the route of a pipeline destined to export its rich but landlocked oil reserves. The Allied Democratic Forces (ADF), a particularly vicious armed group, has ties to ISIL (ISIS) and to similar groups in northern Mozambique, raising fears of a wider arc of instability. So East Africa’s leaders are sharpening their military strategy.

A summit chaired by Kenya’s President Uhuru Kenyatta on April 21 agreed to deploy a new regional force in eastern DRC, issuing an ultimatum to the armed groups to engage in dialogue or face the consequences. But another military surge risks another failure. If the tide of the conflict is to be turned towards peace, three bigger shifts are needed.

The first starts in Kinshasa. Leaders in the distant capital have long struggled to make the Congolese state’s presence and authority felt in the east. They urgently need to. Building stronger civilian institutions is crucial. So is a more serious push to reform DRC’s corrupt security forces.

Analysts suggest that for every three Congolese soldiers supposedly deployed in the east, only one is actually fighting: of the other two, one is fictitious (their salary used to pad officers’ pockets), and one deployed to guard a mine, securing the army’s revenues from DRC’s mineral wealth.

There is little chance of DRC’s security forces winning either the fight, or the public’s trust, as long as this continues. Kinshasa also needs to deliver long-promised plans to offer the east’s armed groups incentives to disarm, demobilise, and reintegrate productively into their communities.

The second big shift would see the region’s leaders tackling the underlying factors that keep eastern DRC in conflict. DRC’s recent accession to the East African Community could open up new economic opportunities, but action is needed to reduce the risks of a flood of cheap imports and the exit of local businesses to more favourable environments.

Most importantly, though, DRC’s neighbours must break their dependence on the shadow mining economy. The east’s estimated 1,000 artisanal gold mines produce probably 8-10 tonnes of the precious metal each year, but only two percent of that is legally exported from DRC itself, according to the United Nations. Much of the rest is smuggled across borders and sold there, boosting the neighbours’ tax receipts and the wealth of the well-placed smugglers. The necessary action to legalise and regularise this trade will therefore come at a cost. But the cost of conflict funded by illegal and shadow mining is far greater. Both the European Union and the US have implemented conflict mining regulations, and the Dutch government is supporting work to certify artisanal mines in eastern DRC as compliant so they can benefit from legal, conflict-free exports. The many international businesses whose mineral supply chains go back to DRC need to step up here too.

The third and most important shift in eastern DRC must be from military force to community peace-building. Relationships between communities and the armies engaged in the état de siège are starting to sour as promised security fails to materialise. Ituri’s and North Kivu’s members of parliament walked out of the chamber last month rather than endorse the état de siège’s further extension.

Military action shifts the problem elsewhere, as armed groups simply move to new areas. It does not solve it. But Congolese peace-builders have shown that courageous, patient work on the underlying issues – often village by village – can change the context. Communities have come together to implement local security plans, financed by their mining revenue. Involving young people in serious dialogue within communities has seen recruits turn back from the armed groups and hand in their weapons.

Restoring traditional leadership structures has given communities a point around which to rally, and seen commerce and economic opportunities return. It would be foolish to pretend that the solutions to violence in eastern DRC are easy. Spend time speaking to the people and communities most affected by the conflict, as I have been doing this year, and that quickly becomes clear. But after a year of the état de siège, and with little end in sight, it is surely time to start listening to their answers about what might finally build peace and security in the region.

The views expressed in this article are the author’s own and do not necessarily reflect Al Jazeera’s editorial stance, as well as Rwanda podium.