The bloc’s first-ever troop deployment to a member country will test its capacity to resolve complex conflicts. By Koffi Sawyer, ISS Pretoria. 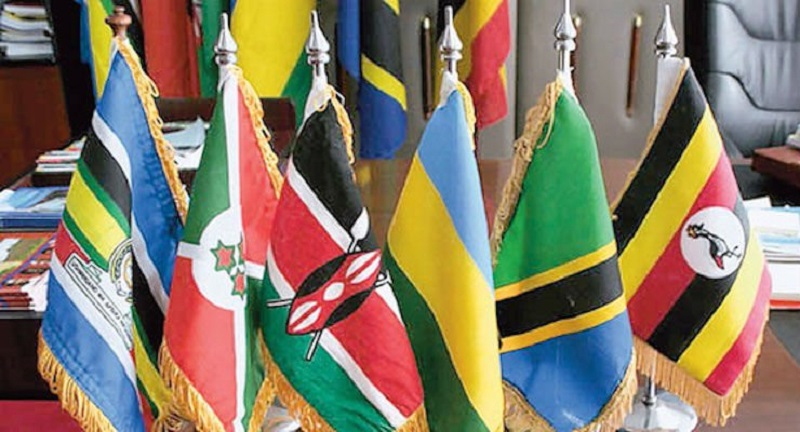 As clashes escalated between the rebel March 23 Movement (M23) and the Democratic Republic of the Congo’s (DRC) armed forces in North Kivu, the African Union (AU) on 30 October called for urgent dialogue between the two. The fighting has led to deaths and internal displacement as citizens flee the violence.

Under Kenya’s leadership, the East African Community (EAC) has taken bold steps to resolve the crisis in eastern DRC. The bloc’s diplomatic engagement comes after the DRC joined the EAC in March, becoming its seventh member state.

The decades-long conflict now comprises over 100 active armed groups. Its roots lie in the massive refugee crisis caused by Rwanda’s 1994 genocide, which saw people and armed genocidaires moving into the region. As rebel groups flourished in the absence of a strong Congolese army and government, neighbouring Rwanda, Uganda and Burundi pursued their enemies and their economic interests in the restive region, taking advantage of its enormous natural resources.

This is the first time the EAC is sending troops to a member state. It will be a litmus test of the bloc’s ability to handle complex political and security challenges.

The regional force (comprising contingents from Burundi, Kenya, Uganda and South Sudan) will help the DRC’s armed forces ‘contain, defeat and eradicate “negative forces”’ in the east. The Armed Forces of the Democratic Republic of the Congo (FARDC) has overall command of operations. Backed by EAC troops, it is expected to focus on four provinces: North Kivu, South Kivu, Haut-Uélé and Ituri. The EAC force has a six-month renewable mandate subject to bi-monthly strategic reviews.

This decision was spurred by rising political and security tensions in eastern DRC. Armed groups multiplied, with a notable resurgence of M23, allegedly with support from Rwanda and, to a lesser extent, Uganda.

The EAC peace process puts the bloc’s conflict resolution capacity in the spotlight. Success will depend on resolving intractable political, security and economic challenges in eastern DRC, which probably won’t happen soon.

There are some advantages for the EAC, though. Unlike the various initiatives led by the Southern African Development Community (SADC) since 1998 in the DRC, the EAC intervention falls squarely within the political scope of subsidiarity. This principle prioritises regional bodies’ role in resolving crises in their jurisdiction.

All the countries bordering eastern DRC (Rwanda, Uganda and Burundi) are EAC members. Solutions involving all four states should have a greater chance of success, considering how intertwined their political, economic and security interests have become over the years.

Recent Institute for Security Studies research shows that East African leaders better understand the crisis. With the necessary political will, they would know which forms of leverage work best and could call out recalcitrant counterparts who frustrate the process.

The combination of military and diplomatic action is another positive feature of the EAC initiative. Political dialogue and consensus are vital – and can be supported by the Luanda Process started in July. Facilitated by Angola, it aims to mediate between DRC and Rwanda. The military component of the EAC process complements existing efforts to stabilise the region and build an effective and professional FARDC that can secure its borders.

The EAC force’s robust and offensive mandate means it can engage armed groups. This presents an opportunity to tackle the limitations of the United Nations Organization Stabilization Mission in the Democratic Republic of the Congo (MONUSCO) and the Force Intervention Brigade forces that it absorbed.

A sustainable solution must involve Rwanda, which is excluded from the EAC regional force

However, the EAC force must learn from the experiences of similar deployments, including the AU Mission in Somalia, SADC Mission in Mozambique and the G5 Sahel and Multinational Joint Task Force against Boko Haram in the Lake Chad Basin. These lessons include the need for strategic coordination, local partners, support for peacebuilding, and securing the necessary resources.

In an area as complex as eastern DRC, the challenges facing the EAC might yet outweigh the advantages. These include securing the financial, technical and human resources for a robust political process that reaches into the root causes of the crisis – the DRC’s profound governance and institutional problems.

Another test will be how to address countries’ security concerns while tackling thorny issues of ethnicity, access to land, justice and equity in eastern DRC. Grassroots engagements would need to complement international mediation and peacebuilding.

The most difficult task will probably be building trust and confidence between countries. Relations between the DRC, Rwanda and Uganda are poor, with the DRC accusing its two neighbours of supporting M23. Full-scale and lengthy diplomatic efforts will be needed to reverse this.

Current tensions between Rwanda and the DRC, which lead to the expulsion of Rwanda’s ambassador to the DRC, are unhelpful. Failure to resolve the conflict could ignite a new crisis. A sustainable solution must involve Rwanda, which has been excluded from the EAC regional force. And while Rwanda’s relations with Uganda are improving, its ties with Burundi remain poor – although the border between both countries was recently reopened.

On the ground, the military dynamics are equally tricky. The deployments of Ugandan and Burundian troops in eastern DRC in November and December 2021 (respectively fighting their enemies – the Allied Democratic Forces and RED-Tabara) – were formalised under the EAC’s Nairobi Process. But Rwanda remains sensitive to their presence in an area it considers vital to its security. Complicating matters is that the DRC government allowed Uganda to deploy troops to eastern DRC but not Rwanda.

The EAC regional force must define its scope of engagement, clarify different contingents’ roles, lay out command and control structures, establish oversight measures and coordinate with MONUSCO and the Force Intervention Brigade.

Clarity is also needed around allegations that the FARDC collaborated with ‘negative forces’, including some Mai-Mai groups and the rebel Democratic Forces for the Liberation of Rwanda, in their anti-M23 operations.

For the EAC process to succeed, it must be coordinated with other regional and international initiatives that the DRC is a part of. This can happen under the DRC and Great Lakes Region peace and security framework currently chaired by DRC President Félix Tshisekedi.

These diplomatic steps are vital. Without them, the EAC’s engagement risks adding to an already over-militarised eastern DRC without helping to restore peace and stability.