RWANDA: Kigali Is Building Its Way To Becoming « The Silicon Valley Of Africa .

The skyline of Rwanda’s capital Kigali has been transformed in the past 20 years with new architecture emerging to help support the growing economy. Today, some of the key buildings that are helping to drive the city’s entrepreneurial spirit were designed by the same group of architects. By Rachel Wood, CNN 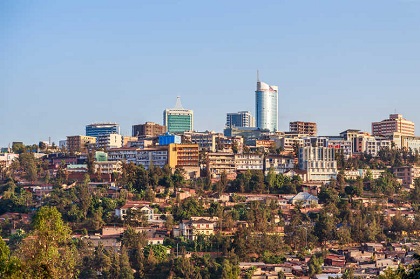 The Kigali City Tower stands on the top of the business district. Kigali, with a population of more than one million, is Rwanda capital and main city. It is built on a succession of hills, with the top ridges reaching an altitude of 1.600 metres. (Photo by Thierry Falise/LightRocket via Getty Images)

MASS Design Group is an international practice that built its largest office in Rwanda. Among its most recent and most impressive designs is a start-up hub called Norrsken Kigali House, commissioned by the Swedish Norrsken Foundation, which supports entrepreneurship globally.

The hub opened in December 2021 and with construction scheduled for completion by March 2023, the site is already being used by up to 600 entrepreneurs every day. It aims to become the continent’s biggest hub of entrepreneurs, attracting more than 1,000 workers a day.

Having chosen to build on the site of a former school in central Kigali, the priority for the architects was figuring out how to take the space « from a closed state to an open hub to bring in as many people as possible, » says Kigali-born architect Christian Benimana, senior principal at MASS. They decided to make the building visible from the street, so the pergola – which hosts conferences and workshops – feels like a « public plaza, » he explains. 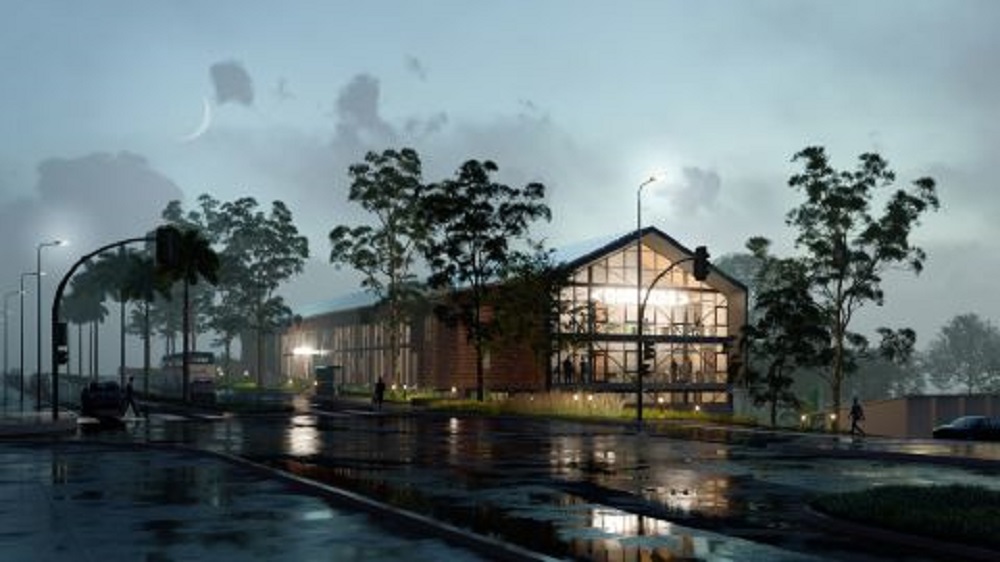 For Benimana, it’s this problem-solving mindset that is helping to shape the Rwanda of the future. He believes the Rwanda that emerged in the aftermath of the 1994 genocide and civil war has created a culture of « thinking outside the box to find unconventional solutions to unconventional problems … through innovation. »

On the 2021 Global Innovation Index, Rwanda ranks first among 13 low-income economies and 7th among the 27 Sub-Saharan African economies. Its innovative approach is being helped by investment and business-friendly policies.

President Paul Kagame has a goal to transform Rwanda into a middle income country by 2035, and big construction projects are taking place across the country, including a $214 million hydropower plant on the Nyabarongo River.

Nonetheless, the World Bank reports that the country has seen « strong economic growth… accompanied by substantial improvements in living standards. » In the capital, a $100 million project was announced in June to build Kigali Financial Square, with the aim of making it a regional financial hub. It’s hoped that a twin-tower office at its heart – which will be occupied by Kenyan company Equity Group Holding – will attract more foreign investment and build on the country’s reputation as the most business-friendly environment in Africa.

Among the entrepreneurs attracted to the country is green micro-mobility company Guraride, which started Rwanda’s first public bike share scheme in 2021, and has a docking station at Norrsken Kigali House. 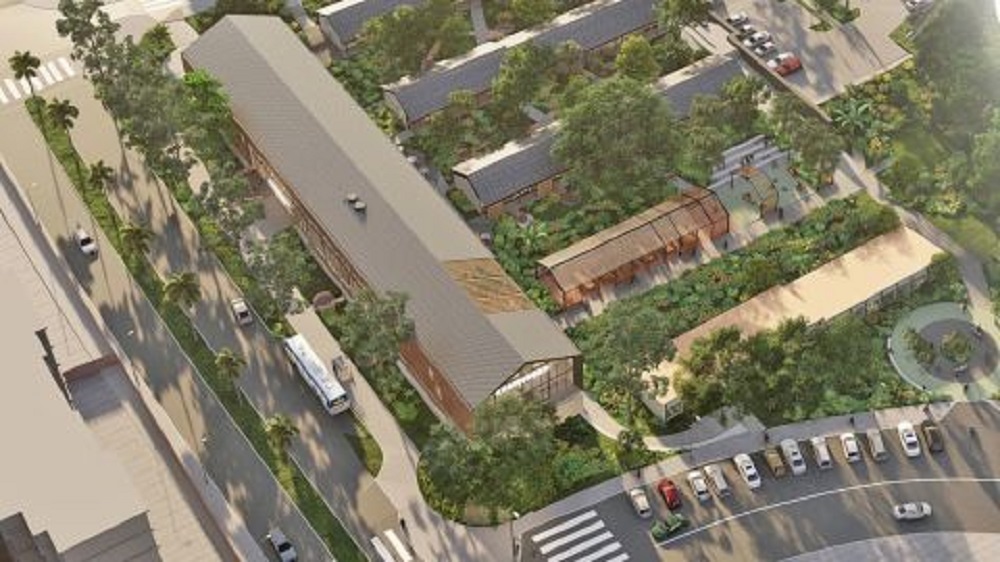 Guararide CEO Nigerian Tony Adesina says it was a « no brainer » choosing to trial its scheme in Rwanda. « We’re looking at a situation where Kigali becomes the Silicon Valley of Africa, » he explains, « where it’s a main hub where you talk about innovative technology. »

Though Adesina and his four co-founders self-funded the 18 docking stations and 100 bikes distributed around the city, he says the « will of the government to support such innovative ideas » was a big part of why they chose to set up here.

Public bike share schemes have also been trialed in other African cities, like Marrakech in Morocco and Nairobi in Kenya. According to Adesina, in Africa, cycling is often associated with poverty, and changing the « social stigma » is one of the most difficult challenges.

Young, aspiring entrepreneurs are being further supported in the city by another recently opened MASS-designed building, the African Leadership University.

The university’s goal is to develop Africa’s next generation of leaders by having their students focus on « missions, not majors » – where students work towards solving some of the world’s biggest problems rather than studying traditional subjects (or « majors »).

he new Kigali campus opened in 2020 with a design aiming to complement the university’s more personalized learning experience. 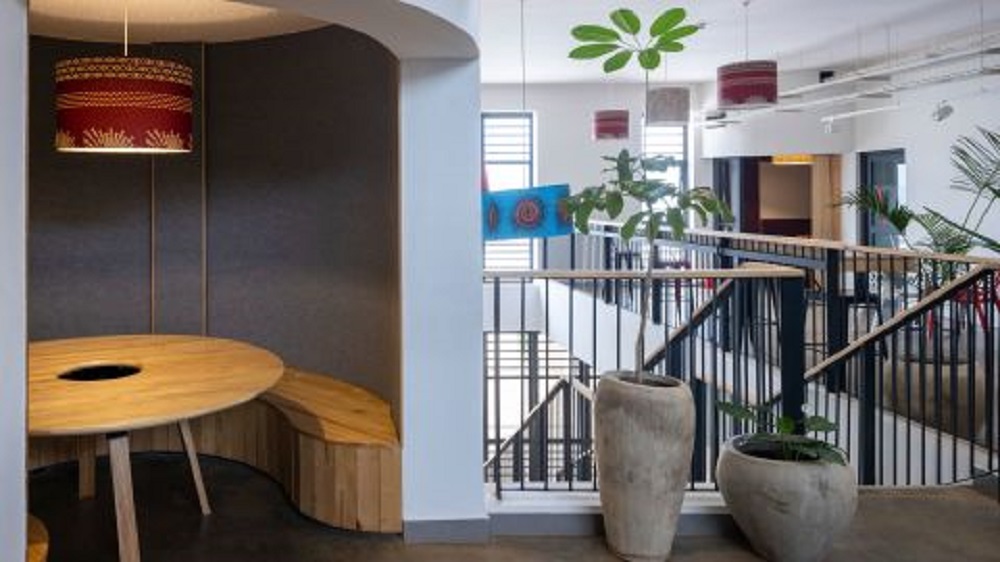 A study pod at the African Leadership University in Kigali, Rwanda. Iwan Baan

With a notable absence of any lecture halls, Benimana says the university is designed « around (the) idea of a pod, » which accommodates small break-out study areas for individual or group learning. Chiedza Mutsaka Skyum, associate director at the university, says this aims to give students agency over their career paths, debunking the tradition of « the all-knowing teacher at the front of the room. »

Graduates include tech founders, climate change activists and agriculturalists making a difference in their respective fields – proof this approach works, according to Skyum.

Some of these graduates, like Minuifuong Nghombombong, founder of international home rental platform Bongalo, are already using Norrsken Kigali House as their base and helping to grow the entrepreneurial ecosystem in the city.

« Rwanda is a miracle country that emerged from nowhere to where it is today, » says Nghombombong.

« Look around: you’ll be able to notice that it is a proof of when a group of people come together, focus on the goal, they can build amazing things. »