Members of Parliament have poked holes on the move by the government to send troops to the troubled Democratic Republic of Congo (DRC) at a cost of Sh7.2 billion. By Irene Mwangi 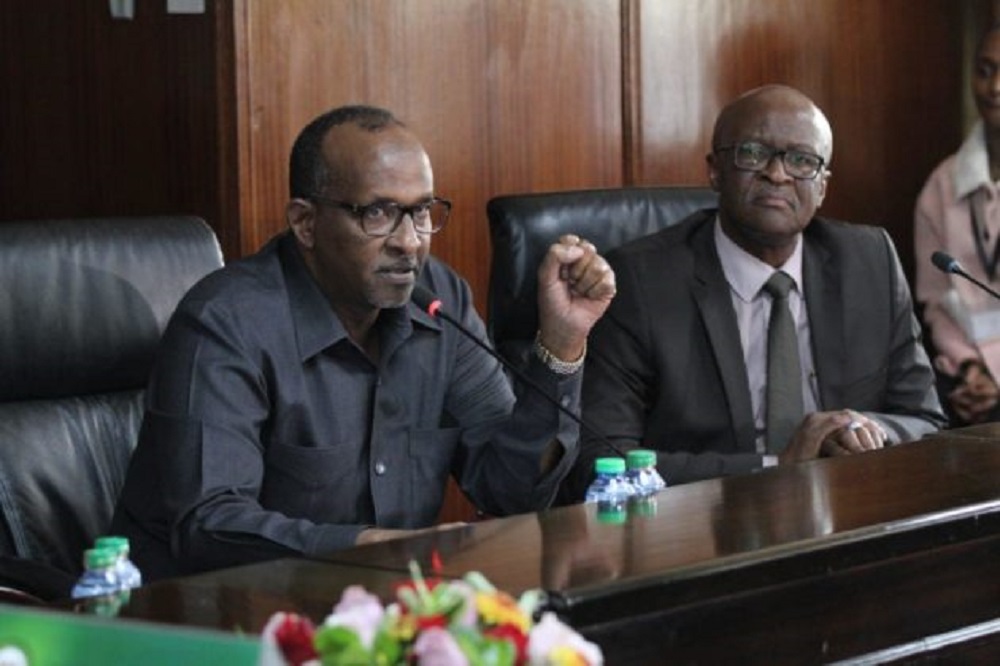 This follows revelations made by Defense Cabinet Secretary Aden Duale and Vice Chair Defense Forces Francis Ogolla who said that the cost was for an estimated for a period of one year, with the taxpayer set to bear the burden.

During a sitting in the National Assembly Committee on Defense chaired by Belgut MP Nelson Koech Monday, the legislators mentioned that with a dilapidated economy, sending 904 troops to DRC was not a priority.

« We are sending troops to the Democratic Republic of Congo for a period of 6 months but in military we plan things for a period of time and thus we have planned for a one year period which will cost us 7.2 billion shillings, » said Ogolla.

Already, Kenya has deployed 250 troops to DRC under the United Nations Mission in the Democratic Republic of Congo (MUNUSCO) which has been in the nation for a period of an year.

The revelation trigged a barrage of reactions from the members of the committee who questioned why the country was bearing the burden of peace restoration in a country which doesn’t directly border Kenya.

Vice Chair of the Committee Abdullah Bashir stated that there was no strategic importance of deploying the KDF troops to DRC as we don’t share a common border that would portend a security threat to the nation.

Bashir mentioned that countries that share a border with the war torn country including Tanzania have not committed to join forces with other EAC countries to restore calm to the nation.

Gilgil MP Martha Wangari questioned how the taxpayers will be able to fund the peace initiative at a time when the President William Ruto regime was working on austerity measures to slash the budget by Sh300 billion.

In response, CS Duale explained that Kenya was bound to play a role in the peace initiative as it is bound by the EAC protocol which is catered for in the budget in every financial year.

« One of the mandates of Kenya Defense forces is to make sure that externally our neighborhood is safe and we are economically stable. When we have issues of peace in our neighborhood then we will have a huge influx of refugee crisis, » he said.

Saboti MP Caleb Amisi questioned why the country was taking part in a peace initiative that was not economically viable for the nation with the taxpayers being overburdened by the cause.

« Our expenditure is not commensurate to what we get back. The scramble for Africa ended and now it’s the scramble for Congo. What are we scrambling for ? » he questioned.

Sentiments that Central Imenti MP Kirima Ngichine held saying the cost the taxpayers was bearing was too much given that DRC has been in conflict for three decades and has left more than six million dead and forced 4.5 million from their homes.

« This war has been there even before we were born.On this one we must be prepared and my feeling is that we should not have implemented the agreement given the cost, » Kirima said.

The Defense CS however defended the deployment of the troops asserting that the peace restoration in DRC will spur growth through trade in the nation.

« Our econonomic interest is huge in Congo, we control the financial sector in that country and they are many Kenyans top notch companies operating in Congo. The use of port of Mombasa by the landlocked country is critical. We have a national interest,» said Duale.

« The people of DRC are seeing the troops of Kenya as the most neutral troop so they are really waiting in eager and hoping Kenya will restore peace in the nation,» he added.

The defense committee is expected to retreat and write a report on the whether or not they approve the deployment.

Kenya is expected to send 900 troops to the troubled nation which is faced with a major security challenge in the eastern part.

Armed groups in eastern DRC have stepped up attacks, reviving ancient animosities and unleashing a surge in tension with neighboring Rwanda.

Leaders of the East African Community (EAC) agreed in April to establish a joint force to help restore security in the region.

The Kenyan troops, who will be part of the East African Community (EAC) force were deployed on Wednesday, at a ceremony presided over by President William Ruto and Kenya Defence Forces (KDF) chief General Robert Kibochi.

The troops will join a regional force that includes soldiers from Burundi, Uganda and South Sudan.

« The mandate we have is to support DRC in collaboration with humanitarian agencies, support of DRC armed forces in maintaining law and order to contain the threat of armed groups, » General Kibochi said.

The African Union officials last week appealed for an end to the growing violence in the Democratic Republic of Congo, a day after rebels made further progress there and Kinshasa expelled Rwanda’s ambassador.

In their statement, the AU officials called for an immediate ceasefire.