PANDEMIC: RWANDA As a Start - Biontech’s Vaccine Plans For Africa

It’s still just a model under a plexiglass pane, but soon Biontech’s first production site in Africa in Kigali, Rwanda, will become a reality - and manufacture mRNA-based vaccines on the continent for the continent. Source Indo&NY 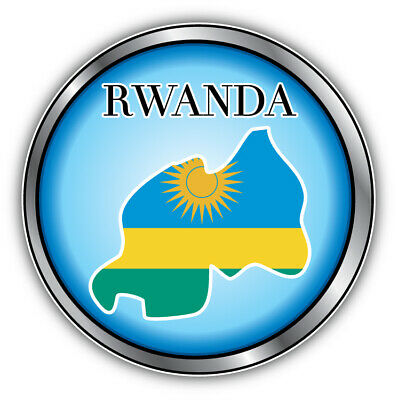 It should start in 2024, in addition to Covid-19 vaccine, mRNA vaccine against tuberculosis and malaria, for example, can potentially be produced there in the event of approval. Nevertheless, there is also criticism of the Africa plans of the Mainz-based company, which became world-famous during the pandemic.

On a hot afternoon, Miriam Ostheimer, the Biontech manager responsible for the construction in Kigali, explains to a delegation of the Rhineland-Palatinate Prime Minister Malu Dreyer (SPD) how the system with container modules as the core should look and function. Ostheimer does not do this on the actual site in a special economic zone where Volkswagen has already settled, but at a nearby university. It is said that heavy machines are currently in use on the production site.

Arrival of the containers in Rwanda in March

In December, the first special containers, so-called « BioNTainers », set off from Ireland towards Africa. They should arrive in Rwanda in March, and Biontech plans to start production in the course of 2024. For example, two « BioNTainers », can initially produce 50 million doses of the Covid-19 vaccine Comirnaty from Biontech/Pfizer per year, and the capacity is to be doubled in the future.

Biontech presented the idea of the modular and thus transportable system with containers in Marburg in February 2022. Prototypes are already there. The plants have clean rooms, air locks for material and technology, and so-called ultrapure water is also used to clean the production equipment accordingly.

Ostheimer explains that speed and flexibility were important in the conception. It is possible to switch to the production of other mRNA vaccines with comparatively little effort. « You then have the kitchen and only have to change the ingredients, » says Ostheimer. Work is currently being carried out in many areas in parallel, such as how the requirements of the Rwandan drug authority or other local regulations could be complied with. All Rwandan partners are very goal-oriented, praises Ostheimer.

Rwanda is the prelude to Africa

Biontech emphasizes that Rwanda should be the start in Africa. Another location is planned in Senegal, and there may be another in South Africa. All vaccines manufactured in Africa are destined for African Union member states. The company intends to hire around 100 employees in Kigali by the end of 2024. The interest is great, more than 2000 applications have been received for the first 24 positions, nine out of ten applicants are of Rwandan origin. A Rwandan employee recently hired studied at the Technical University of Kaiserslautern, again a connection to Rhineland-Palatinate, which is the home of Biontech and has had a partnership with Rwanda for 40 years.

But what do others say about the Mainz project in Kigali and beyond? In principle, « Doctors Without Borders » welcomes the fact that Biontech is building up production capacities in Africa. It is always positive to produce vaccines where they are needed, says vaccine expert Meike Schwarz. « But we would have liked to have acted more quickly during the pandemic, for example through a technology transfer to manufacturers in the Global South or cooperation with the mRNA Hub. »

Study by « Doctors Without Borders »

Schwarz is referring to the mRNA hub set up by the World Health Organization in South Africa, which is committed to technology transfer. According to a study by « Doctors Without Borders », more than 100 companies in the Global South would have been technically and regulatory able to set up vaccine production, as Schwarz explains.

Anna Marriott, an expert on health policy at Oxfam, also refers to this study. There is expertise in many African countries, and last year’s study identified eight potential production sites there. She says: “Had Biontech followed the WHO’s call to share its vaccine technology with the mRNA hub, manufacturing plants in Africa would already be in production and numerous other manufacturing plants in low- and middle-income countries would at least be in the pipeline.”

It is clear that there is also a lot going on in Africa apart from the Biontech plans. Moderna, the US manufacturer of the Covid-19 vaccine Spikevax, announced in March that it had issued a letter of intent to build an mRNA vaccine production facility in Kenya. Up to 500 million cans per year are said to be able to be produced there.