Alleged Rwandan genocide financier Felicien Kabuga will go on trial in The Hague on Thursday, one of the last key suspects in the 1994 ethnic slaughter that devastated the small central African nation. Source AFP. 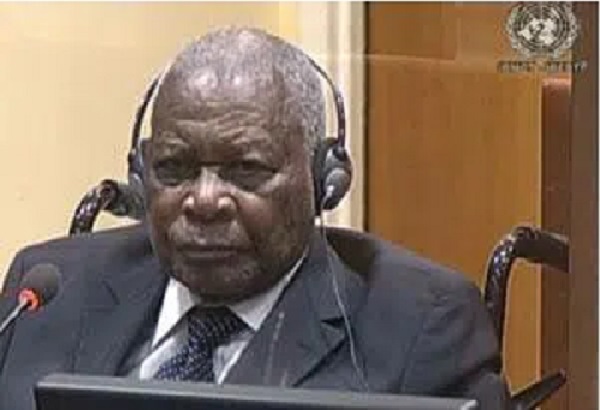 Kabuga’s trial will open at 0800 GMT before a UN tribunal, where he has been charged with genocide and crimes against humanity for his role in the massacres 28 years ago of some 800,000 Tutsis and moderate Hutus.

Prosecutors and the defence are expected to make their opening statements on Thursday and Friday, with evidence in the case to start the following Wednesday.

Kabuga’s lawyers entered a not guilty plea to the charges at a first appearance in 2020.

Once one of Rwanda’s richest men, prosecutors say the octogenarian allegedly helped set up hate media that urged ethnic Hutus to “kill Tutsi cockroaches” and funded militia groups in 1994.

Now in his mid-80s, Kabuga was arrested in France in May 2020 after evading police in several countries for the last quarter of a century.

He was then transferred to the UN’s International Residual Mechanism for Criminal Tribunals in The Hague, set up to complete the work of the now defunct Rwanda war crimes tribunal.

Said to be in fragile health, Kabuga in August appeared before the judges in a wheelchair — and it was not known whether he’ll be in court on Thursday as judges are permitting him to attend the hearings via a video link.

Kabuga was originally scheduled to appear in court in Arusha, where the other arm of the IRMCT — also referred at as the MICT — resides, but judges had ruled he would remain in The Hague “until otherwise decided.”

In June, the judges denied a defence objection, ruling Kabuga was indeed fit to stand trial.

The radio station also identified the hiding places of Tutsis where they were later killed, prosecutors said in the indictment.

More than 50 witnesses are expected to appear for the prosecution, which said they needed about 40 hours to wrap up their case.

Prosecutors said Kabuga controlled and encouraged RTLM’s content and defended the station when the minister of information criticised the broadcasts.

Kabuga is also accused of “distributing machetes” to genocidal groups, and ordering them to kill Tutsis.

Investigators say he was helped by a network of former Rwandan allies to evade justice.

Following his arrest in a small apartment near Paris, his lawyers argued that Kabuga, whose age is now given as 87 on the indictment, should face trial in France for health reasons.

But France’s top court ruled he should be moved to UN custody, in line with an arrest warrant issued in 1997.

Kabuga is one of the last top wanted suspects for the Rwandan genocide to face justice.

Others, including the man seen as the architect of the genocide, Augustin Bizimana, and former presidential guard commander Protais Mpiranya have both died.

Victims of the genocide have called for a swift trial for Kabuga saying « if he dies before facing justice, he would have died under the presumption of innocence. »