RWANDA: The Future Of Wildlife In Rwanda

Rwanda’s approach to handling human- animal conflict through inclusivity and investment has changed the way the nation protects its wildlife. The white rhinos are proof as FORBES AFRICA found on a recent visit to the Akagera National Park. By Forbes Africa 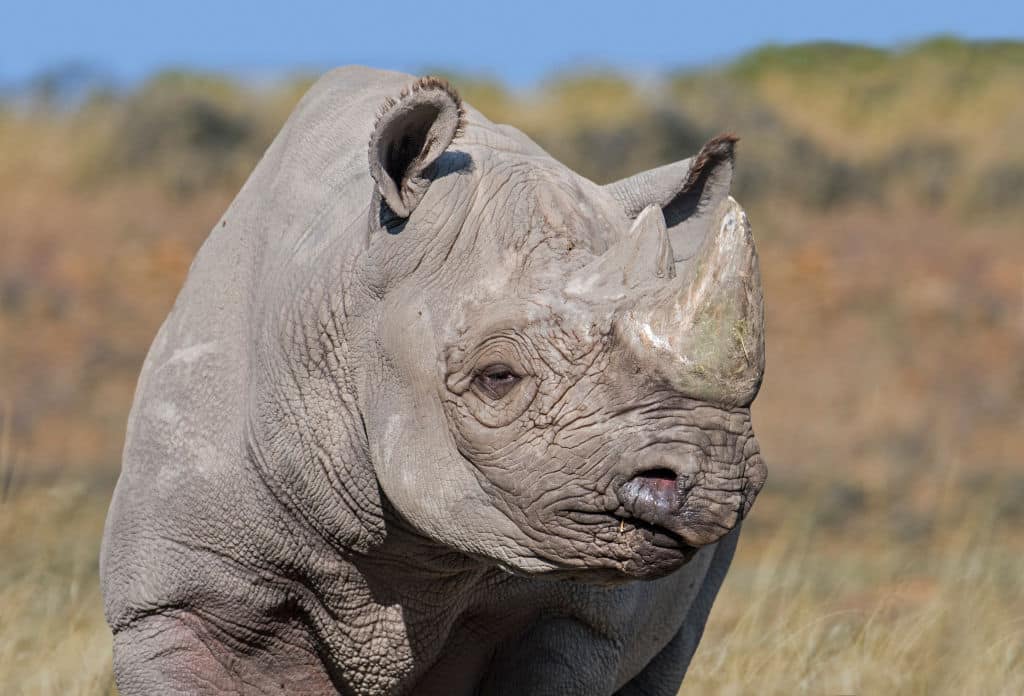 WILD GRASS WITH GOLDEN TIPS SWAY under the blistering Rwandan sun. Below, the wet earth, is a carpet of green. Black leather boots crush the flora, as tourists on safari drives follow the rangers with bated breath, anticipating a chance sighting of the rare, critically endangered white rhino.

There are fewer numbers of the white rhino in the innards of Africa, falling prey to the scourge of illegal animal trade or as victims of poachers.

In Rwanda though, they have a new lease of life as the country reintroduced them to the Akagera National Park (ANP), home to the Big 5 (lion, rhino, leopard, African buffalo and elephant) and Central Africa’s largest protected wetland and last remaining refuge for savannah-adapted species in the country. This is true wilderness for them.

« They are native to Rwanda and once again this is their home and we can see they are happy here, » says Ndahiriwe Ladislas, Manager of ANP, of the white rhinos.

Only 70kms northeast from the capital city of Kigali, the landscape drastically transforms from humid and dimly-lit verdant valleys and hill tops to the arid and stunning savannah of the park; the grazing ground of the second largest land mammal.

The transformation is stark as the difference between the two regions is not just evident in the scenery but the air itself.

But the real surprises begin on entry to the park. Even though it was gazetted as a protected area and national park in 1934 by the Belgian colonies, it lost over 98% of its area by the 1990s with a remaining total area of 2,500sqkm.

This was followed by the horrid events of the genocide against the Tutsis that led to the displacement of thousands of subsistence farmer families belonging to the surrounding communities. During these years, animals were reportedly poached for money and bush meat.

« During the genocide, people left Rwanda and escaped to neighboring nations. When they returned in 1994, the government had to find a way to accommodate them and so a decision was made to further reduce the range of the park but also protect and conserve the national park, » says Karama Joseph, the Community Liaison Manager of ANP.

After years of revisions, the final change to Akagera’s geography has left it with just over a 1,000sqkm of fiercely- protected wilderness.

Strapped with military gear and trained in search- and-track tactics, the rangers of the park say they have immensely contributed to conservation in the last decade.

« We have a dog unit and active ranger units that patrol the park daily at different hours, we have caught about 20 poachers in the last year but have not lost even one animal to them, » says Washika Boaz of the Canine Unit at ANP.

Rwanda’s approach to handling human-animal conflict through inclusivity and investment has changed the way the nation protects its most vulnerable. As part of its national agenda, the tiny developing nation has made great strides in preserving its natural heritage.

« By working with the communities, we have turned poachers into protectors of the park, » says Joseph.

« It is our vision that we live together with nature, that nature when protected and utilized sustainably can give us benefits in return; investing in our communities has been a game changer ! » says Ariella Kageruka, the Chief Tourism Officer at the Rwanda Development Board.

After years of loss of animal populations, two decades ago, the government, along with African Parks, began to repopulate the ANP. « Once we knew we were able to protect the park from the outsiders, we brought in lions, giraffe, zebra, the black rhinos and others, » says Ladislas.

This image of Rwanda, backed with statistical evidence of thriving black rhino populations, led to the relocation of 30 white rhinos from South Africa’s Phinda Private Game Reserve to ANP in November 2021.

« It is important for conservation when you can expand the range of a species. The white rhinos are doing well, none have been lost to poaching and they are in good health, » says Drew Bantlin, a Conservation and Research Manager at ANP.

Otherwise called the square-lipped rhino, it can live to be up to be 40-50 years old.

Adult white rhinos are particularly vulnerable to poaching because they are relatively unaggressive and live in herds. So, despite being surrounded by apex predators like lions, leopards and crocodiles, the biggest threat facing them,arguably,arehumans.

As per reports, a pound of rhino horn sells at a higher rate than gold, diamonds and cocaine in the black market. The illegal wildlife trade economy is estimated to be one of the most lucrative illegal businesses in the world. In contrast to the southern rhino, which is currently thriving in six different nations of Africa, the fate of the northern white rhino appears to be bleak.

After the death of the last male northern white rhino in 2015, only two are known to be living in the wild, both females thereby conclusively attributing to very little chance of population recovery.

Their existence crudely represents the status of biodiversity and is testament to all that has been lost.

In Akagera, the white rhinos roam freely in a vast enclosure for now, until they are ready to be one with the wild. When faced with a herd, they come across as endearingly docile. They barely make any sound and continue grazing in peace with one another. However, their sentience becomes more evident when they lift their stubby heads above the grass and stare deeply with beady eyes. Their curiosity and giant stature are overwhelming.

The 30 white rhinos in Agagera are male and female spread across varied age groups. While they are well-protected and fed, the success of their translocation will be truly measured by the birth of adorable baby white rhinos in the years to come as described by the conservation research manager at the park.

« They don’t have a mating season; they can reproduce through the year, and have a gestation period of up to 18 months. But, once they begin having offspring, we will know that they have accepted Akagera as their home, » says Bantlin.

The birth of a calf will mark a new age of white rhinos in Rwanda. The last native white rhino of Rwanda was spotted in 2007, and after more than a decade of absence, their reintroduction to the nation within the safety of Akagera’s green walls makes them a symbol of hope, change, and the future of wildlife in Rwanda.