M23 rebels advance on major military base in eastern Congo

Fighters from the M23 rebel group advanced in eastern DRC on Wednesday and were locked in heavy fighting with the army outside the region’s largest military base, security sources and the local park director said. By Reuters 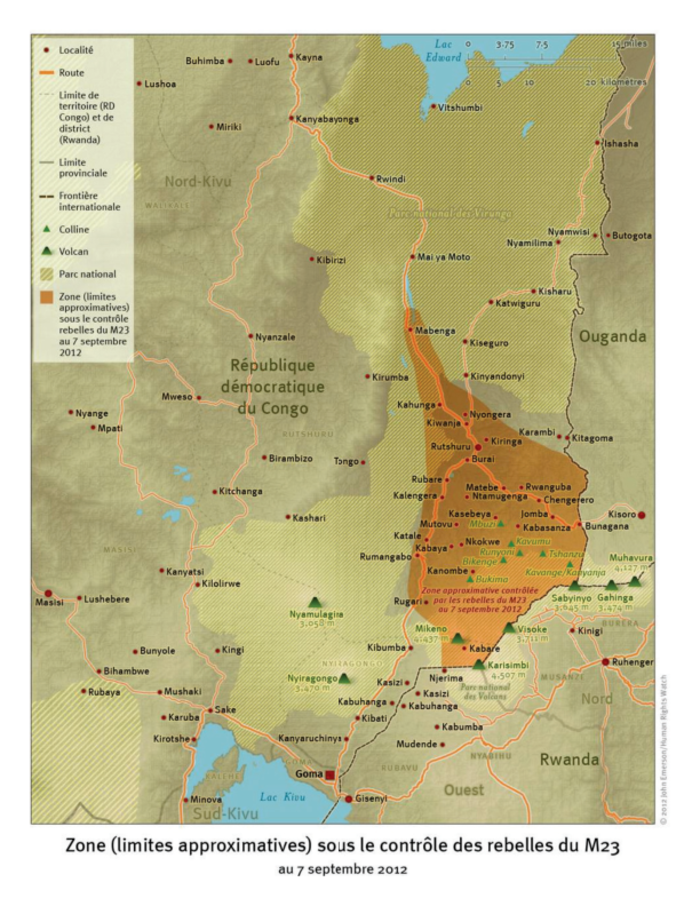 After several days of fighting between the rebels and Congo’s army near the border with Rwanda, M23 fighters attacked the base in the town of Rumangabo, the sources said.

Two security sources, who asked not to be named, said the rebels had surrounded the base by the evening. Reuters could not immediately confirm this independently.

The director of the Virunga National Park, Emmanuel de Merode, who is based in Rumangabo, said there had been intense fighting but that he did not have further details.

The M23 used the Rumangabo base as its headquarters during a 2012-2013 insurgency. Its capture would mark the rebels’ biggest coup since they were chased into neighbouring Rwanda and Uganda by Congolese and United Nations forces in late 2013.

During that conflict, the M23 briefly captured eastern Congo’s main city of Goma, home to more than 1 million people. Rumangabo is about 35 km (22 miles) north of Goma.

An army spokesman could not be immediately reached for comment. An M23 spokesman had no immediate comment.

In a statement earlier on Wednesday, Congo’s army said about 20 shells and bombs had exploded on Tuesday and Wednesday and that Congolese forces were battling M23 rebels around Kibumba, about 20 km northeast of Goma.

« Faced with this very worrying situation, the military governor of North Kivu province calls on the population to remain calm and vigilant, and to not cede to panic, » it said.

Since their defeat in 2013, M23 fighters have periodically returned from demobilisation camps in Rwanda and Uganda to stage attacks inside Congo.

U.N. investigators have in the past accused Rwanda and Uganda of supporting the M23. Both countries have denied backing the group.

The fighting since Sunday has forced about 26,000 people to flee their homes, including some into Uganda, the United Nations’ humanitarian agency said.