Horn of Africa nation of Somalia sought to join East African Community in 1967, and then later in 2012 and 2017. Now Somalia Seeking More Support to Join Regional Bloc. By Hamza Kyeyune | 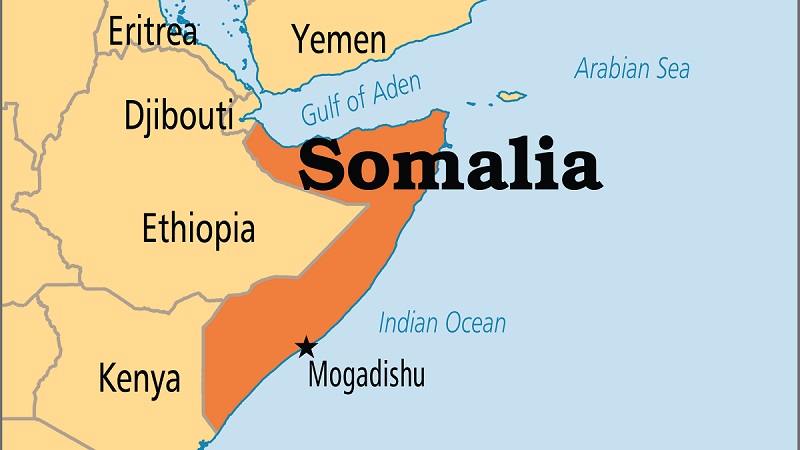 The Horn of Africa nation of Somalia recently renewed its bid to join the East African Community (EAC), an intergovernmental seven-nation bloc it has been seeking membership in for over 50 years.

The bloc rejected Somalia’s application over a decade ago, in March 2012, citing sporadic conflicts and weak institutions, but with the admission of equally troubled South Sudan in 2016, Mogadishu now has high hopes.

Over a half-century ago, attempts to get Somalia into the EAC at the group’s 1967 inception failed, as at the time it was agitating for a “Greater Somalia” and making territorial demands of its neighbors.

It was seeking both Kenya’s North Eastern Province and Ethiopia’s Ogaden Province to join its territory.

Currently, the EAC is made up of Uganda, Kenya, Tanzania, Rwanda, Burundi, South Sudan, and Congo.

In 2017, Somalia again applied to join the EAC but has faced resistance from both Kenya and Tanzania, based on security concerns.

Somalia and Kenya, which share a long border, have as many differences as they have characteristics in common, along with flareups and good relations. They share similar populations, businesses, and trade.

But Kenya has faced countless terror attacks from the al-Shabaab terrorist group from across Somalia’s border. The two countries also have a maritime territorial water dispute at the International Court of Justice.

Experts say public opinion in Tanzania, which lies southeast of both countries, is more skeptical than Kenya’s about Somalia joining the EAC.

« It appears contradictory that Tanzania agreed to an EAC expansion in South Sudan but not Somalia, probably because Juba has substantial oil reserves, » Kibuuka Muhammad, a political analyst at Kampala International University, told Anadolu Agency.

Ugandan President Yoweri Museveni, however, said that Somalia has all the qualifications necessary to join the EAC, including sharing a border with one of another EAC member state and being a democratic country with a private sector-led economy. He pledged earlier this month to back Somalia’s bid to join EAC.

Uganda has contributed to the relative stability in Somalia since 2007, although the trade volume between the two countries remains low.

Somalia, which as the second-longest coastline in Africa and the continent’s easternmost point at Cape Ras-Hafun, it not as dependent on neighboring countries for imports as landlocked South Sudan.

Türkiye, China, India, Oman, and Kenya are the main sources of Somalia’s imports, while Oman is its main export market.

Rebecca Kadaga, Uganda’s minister for East African Community Affairs, told Anadolu Agency that Somalia has been doing business with EAC member states, which lays the basis for its bid to join the inter-governmental bloc.

She said if the bloc verifies that Somalia has fulfilled conditions for membership, it will definitely be allowed to join.

« Somalia is not without internationally recognized learned intellectuals who could lead these regional and international bodies. Their knowledge and experience are abundantly available, » she said.

« The missing bridge is a coordinated strategy to create this awareness. Granted, the collapse of the political system in Somalia stunned the world, but that doesn’t mean that viable patriotic visionary leaders don’t exist. They do abundantly exist but most of them are victims of the problem they haven’t created. »

She continued: « It is therefore necessary that whoever wishes for Somalia to go out of the present instability to support its access to EAC membership and leadership, as well as other intergovernmental organizations like the Intergovernmental Authority on Development (IGAD), UN, and the African Union or different commissions, (as) this would set the agenda for Somalia’s state-building struggle. »

Amina Hersi, a Somali businesswoman who runs several businesses in Uganda, told Anadolu Agency that joining the EAC reduces the cost of doing business, provides a huge market that all member states can exploit, and contributes to the integration and growth of economies.

Under the 1999 EAC Treaty, if Somalia joins the bloc, the country would have visa-free entry to EAC countries and be eligible for East African passports, as well as the tax-free access to EAC markets .

The combined annual economy of the EAC is estimated at more than $300 billion, with the number of people living in member states at 312 million, who travel on one passport.