Johnston Busingye insists his country will be a ’safe haven’ as he attacks critics of the Government’s plan to deport Channel migrants. By Charles Hymas, 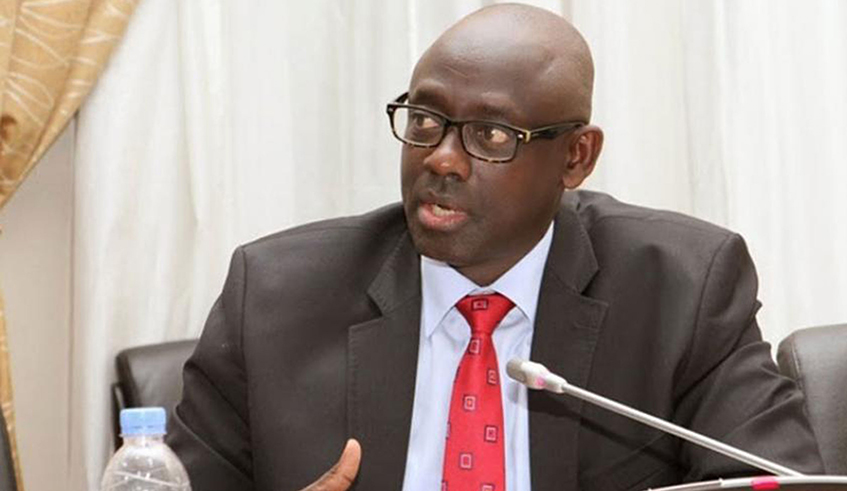 Rwanda’s high commissioner has attacked critics of the Government’s plan to deport Channel migrants to his country, insisting they will be treated with « safety, dignity and respect ».

In an article for The Telegraph, Johnston Busingye insisted Rwanda would be a « safe haven » for migrants after Prince Charles reportedly branded the plan « appalling », and charities and unions launched a legal fight to block the first flights on Tuesday.

The high commissioner said he was « disappointed » that critics had questioned Rwanda’s motives for agreeing the scheme and doubted its ability to provide a safe haven to vulnerable asylum seekers.

His comments came as it emerged on Sunday that fewer than 10 migrants are expected on the first flight to Rwanda, even if the Government sees off two last-minute attempts by opponents to block its departure.

A coalition of two refugee charities, Detention Action and Care4Calais, and the PCS union representing Border Force staff, were granted leave on Friday to challenge the rejection of their injunction in the Court of Appeal, while Asylum Aid will mount a fresh bid to stop the flight in the High Court.

« There is a risk everyone gets removed, » said a government source.

There have also been individual legal challenges that have seen at least 100 of the migrants removed from the flight after claiming it would breach their human rights or that they were victims of modern slavery.

The appeals had whittled down the number on the flight to 31 on Friday, and a Government source on Sunday confirmed it was expected to fall to « single figures » on Monday.

Mr Busingye focused his criticism on the legal proceedings, as he maintained that Rwanda was « exactly the right choice of partner » for the « innovative » partnership with the UK under which it will receive £120 million to accept asylum seekers from Britain. « Disappointingly much of the discussion has either questioned our motives for entering the partnership or doubted our ability to provide safe haven to those in need – as was the case in Friday’s legal proceedings brought by those who wish to see the Partnership fail, » he said.

He challenged claims by the UN refugee agency, UNHCR, that Rwanda had failed to meet the required standards of « legality and appropriateness » for accepting UK asylum seekers. In a last minute intervention, the UNHCR backed the injunction plea in the High Court on Friday.

Mr Busingye said Rwanda had provided safe haven to more 130,000 refugees including Afghans fleeing the Taliban, helped the UNHCR evacuate migrants from Libya and was rated by the UN as the fastest improving in its index for good governance and human development.

« There’s no doubt that we are a work in progress, every country is, but the Rwanda of today is unrecognisable from the country the world was introduced to in 1994, » he said.

In rejecting the calls for an injunction on Friday, Mr Justice Swift said there was no evidence that asylum seekers removed to Rwanda would suffer inhumane or ill-treatment or persecution.

Mr Busingye said the judge « was right to say that that some of the risks of sending asylum seekers to Rwanda outlined by the claimants in Friday’s court hearing were very small and » in the realms of speculation « when ruling that the Partnership could go ahead as planned ».

« When migrants arrive in Rwanda, they will find safety and security, and be treated with dignity and respect. On arrival, we will facilitate their asylum claim and house them in suitable temporary accommodation while their claim is processed, » he said.

« Throughout this time, they’ll be free to come and go as they please and the Rwandan authorities will look after their needs. »

Doris Uwicyeza, Rwanda’s lead negotiator for the deportation agreement with the UK, has said the country is ready to accept people in the « tens of thousands », but that it would start on a gradual basis.

Scores of activists carrying placards saying « It’s inhumane », « We stand with you » and « Stop the Rwanda flight » protested near an immigration removal centre, close to Gatwick airport, where some of the migrants are being held before their deportation.

Priti Patel, the Home Secretary, will this week launch an advertising campaign directed at migrants to warn that if they enter the UK they could be sent straight to Rwanda.

She has also ordered a review of modern slavery laws to stop them being used to block deportations and is examining whether to cut funding to UN bodies that engage in legal action against the British Government following the UNHCR’s intervention in the case on Friday.