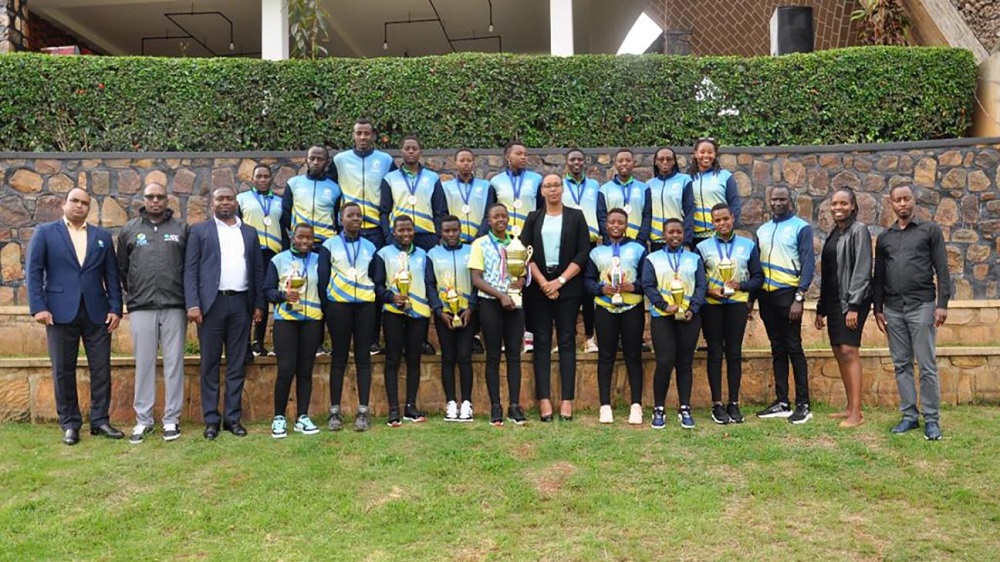 None of the players in Rwanda’s Under-19 Women’s T20 World Cup squad were born when cricket was introduced to the country. That’s because the game only got there in the year 2000, 116 years after the territory first became part of a European empire, 38 years after its independence from Belgium and six years after the genocide that fundamentally changed everything for the people who lived there, and those who have come since.

Before the horrible 100 days between April and July 1994, when more than a million people from the minority Tutsi tribe were killed, Rwanda was part of Francophone Africa. After those awful events, Rwanda chose to shed itself of much of its past, including its colonial affiliations. The French and their language were seen as part of the package that needed to be discarded as Rwanda accused French politicians of supporting the genocidal regime.

Their eastern neighbours, Uganda and Tanzania, who had housed refugees during the genocide including some of the post-1994 leaders, both used English as the medium of instruction at schools and in business and Rwanda, in a bid to start afresh and attract more foreign investment, decided to do the same. With the English language, came some culture and part of that was cricket.

“After 1994, we had an influx of people from English-speaking countries like Uganda, Kenya and Tanzania. Many of them were students and they were students who went to cricket-playing schools,” Julius Mbaraga, the secretary general of the Rwandan Cricket Association told ESPNcricinfo.

One such institution was the Ntare School, where Ugandan president Yoweri Museveni played cricket and Rwanda’s current president Paul Kagame was schooled. Another was Busuga College, which holds a record 18 schools’ cricket titles and has educated the bulk of Uganda’s national cricket side. “There was also a big population of Rwandans in these schools, who were exposed to cricket,” Mbaraga said. “And then we had a relatively big Asian population in Rwanda, particularly Indians and Pakistanis, who were playing mini cricket in their backyards.”

All these groups of people were brought together by Charles Haba, a law student at the University of Rwanda, who went on to become the founding president of the Rwandan Cricket Association in 2000. “He mobilised the students in the university and also rallied the Asian community in Kigali and that is how some sort of mini league was born,” Mbaraga said.

At the beginning, that league was played by only men and boys but as Rwandan Cricket formalised itself, it quickly put in place structures that would be more inclusive. “From the early days, we knew that if we wanted to take the game to the next level, we had to have a very strong school’s cricket structure. When we started schools’ cricket, it was not only for boys. We made sure we had schools’ cricket for girls as well,” Mbaraga said.

The parallel developments worked. In 2004, Rwanda sent its first men’s team to the ICC Development Program in Africa’s first Affiliate tournament, hosted in Benoni. That’s the same city as one of the venues of the upcoming inaugural Under-19 Women’s T20 World Cup, where Rwanda are part of the field. “We’ve never looked back,” Mbaraga said.

But they have, and it’s why they’ve got to where they are today.

Every year, Rwandans commemorate the genocide with a lengthy mourning period that runs from April to July. The events are at their most poignant in the week between April 7-14, when the worst of the massacres took place. “In that period, we cannot play music or entertainment on TV or radio. It is really dedicated to mourning, remembering what happened, learning and making sure it never happens again,” Mbaraga said. 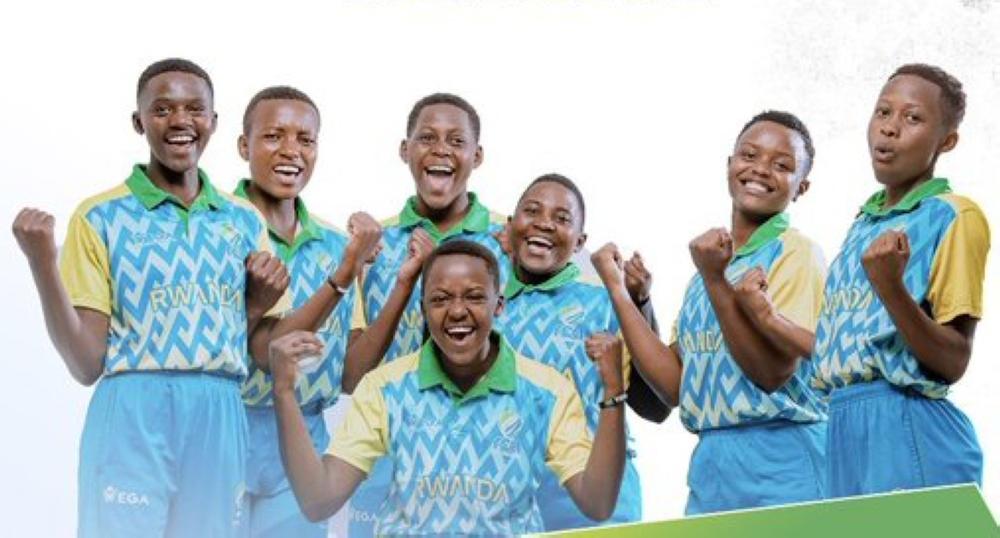 Nine years ago, the Rwandan Cricket Association launched a tournament to run after the period of reflection and promote sport for peace as part of their efforts to join the country’s social-justice movement. “If we are saying we need to learn from what happened in the past, it is very important that the generation that is coming through understand the history to make sure nothing like that ever happens again. At a tender age, we want our young people to be aware of what happened so they can be involved in trying to build the country as well,” Mbaraga said.

The Kwibuka T20 tournament is a women’s competition which has grown from a two-team event between Rwanda and Uganda in 2014 to an eight-team competition in 2022, including Brazil and Germany. Mostly, the participating countries are from east Africa but Nigeria and Namibia have also made appearances. “We started this tournament in the hope of growing the sport locally,” Mbaraga said. “Our goal is to make sure it becomes the premier women’s cricket tournament on the continent and maybe in a number of years one of the leading women’s tournaments in the world.”

The competition is held at the Gahanga International Cricket Stadium, which was founded by a charity in partnership with the MCC. It has one of the two grass wickets in the country, with a third in the works, as Rwanda continues to try and move towards professionalism. For that, they need funding outside of the ICC grant they currently rely on. 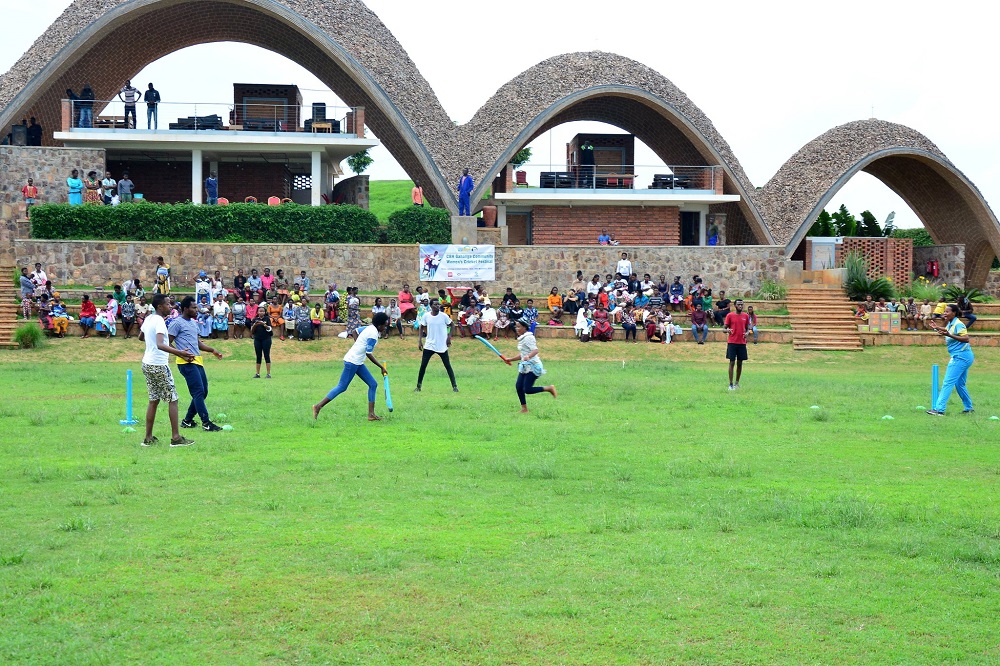 “That continues to be one of our biggest challenges,” Mbaraga said. “Until recently we did not have a lot of government support because we were not a priority sport. But under the current leadership at the ministry, led by the minister Aurore Mimosa Munyangaju, who is female and a former athlete herself, we’ve seen a lot of change.”On a corporate side, though, the numbers don’t really encourage many companies to come on board. It is something we are trying to solve and one of the ways is to make sure we have more Rwandans playing the game.“The good news is that their visibility will increase over the next few weeks. The participation of their women’s team at the Under-19 T20 World Cup, marks the first time Rwanda will appear in a tournament of this stature and is the country’s proudest cricket moment. It came”ahead of schedule," according to the self-marked timelines Rwanda had and against expectation when they defended 79 against Nigeria, 97 against Uganda and then successfully chased 85 in their qualifying competition.

“WHEN WE SEE WHAT HAS COME OUT OF THE HARD WORK WE’VE DONE AND HOW FAR WE’VE COME, IT ONLY ENCOURAGES US TO DO MORE.” JULIUS MBARAGA

Given the results, Mbaraga believes “our strongest suit is bowling and fielding,” but he does not want to talk up the team too much, although there is plenty to talk about.

Captain Gisele Ishimwe, who is just 18 years old, has already played 43 T20Is for the senior Rwandan side and has a century in the format. She struck an unbeaten 114 in Rwanda’s match against Eswatini (formerly known as Swaziland) in a World Cup qualifier in September 2021. She also bowls medium pace and is expected to perform a strong allround role for Rwanda at the tournament.

Also keep an eye on allrounder Henriette Ishimwe, who also has senior international experience and appeared at the Fairbreak International T20 event earlier in the year. She took 2 for 19 and effected a run-out off the last ball in the Rwandan Under-19s’ one-run warm-up match win over Ireland, a result that suggests Rwanda will offer stiff competition in the tournament, although Mbaraga does not want them to get ahead of themselves.

“As a board, we don’t want to put any pressure on them,” he said. “If we compare with the opposition that are taking part, it’s countries who have been playing cricket for much much longer. We will keep our expectations in check. What we want is for the team to perform to the best of their ability and to use the World Cup as a learning curve. We know it will give many of them the exposure and insight of what it takes to perform at a higher level.”

And then to take Rwandan Cricket forward. Their next goal is ODI status and then hopefully a decent schedule of international fixtures. For now, though, cricket is about nation-building in a country where so many lost so much.

“The girls in this squad were not born at the time of the genocide but without a doubt they lost family. Like all of us,” Mbaraga said. “But what is amazing is that we were also not born when cricket was introduced in the country. These things have all happened now and it’s something that we cherish. When we see what has come out of the hard work we’ve done and how far we’ve come, it only encourages us to do more.”