In response to rising hate speech and discrimination worldwide, UN Secretary-General António Guterres has urged countries to take concrete steps to protect minorities and other communities at risk of genocide. 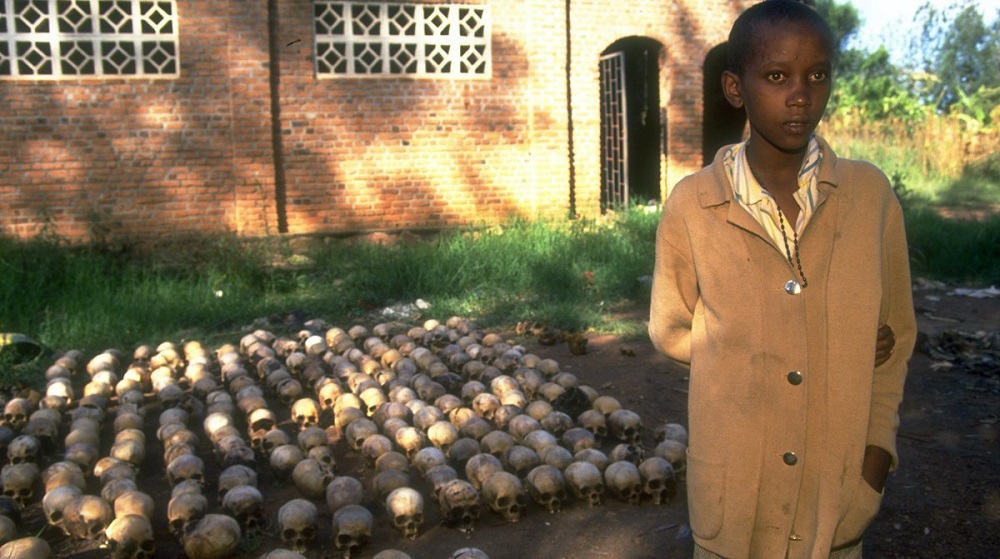 UNICEF/UNI55086/Press A 14-year-old Rwandan boy from the town of Nyamata, photographed in June 1994, survived the genocidal massacre by hiding under corpses for two days.

Mr. Guterres made the appeal in his message to mark the International Day of Commemoration and Dignity of the Victims of the Crime of Genocide and of the Prevention of this Crime, observed on Friday.

« States have the primary obligation for preventing genocide, but religious and community leaders, civil society, the private sector and the media – including social media platforms, play an essential role, » he said.

For the Secretary-General, the International Day is an opportunity to remember and pay tribute to the victims and survivors of genocides across the world.

« It is a day to reexamine our collective failure to prevent this crime in the past, and to redouble prevention efforts for the present and the future, » he added.

Yet, more than 70 years after the international community adopted a convention on genocide prevention and punishment, « the threat of genocide remains present in many places around the world, » he warned.

« Discrimination and hate speech, the early warning signs of genocide, are on the rise everywhere, » he said.

He met survivors of horrors committed during the brutal Khmer Rouge regime, whose moving testimony was a forceful reminder of the individual suffering, pain and horror of genocide and atrocity crimes.

« I call on every Member State to take concrete steps to protect communities at risk, including minorities, and address discrimination and persecution, » said Mr. Guterres.

« On this International Day of Commemoration and Dignity of the Victims of the Crime of Genocide, I urge all stakeholders to use all means at their disposal to prevent and end this crime. »

The power of sports

The Secretary-General’s Special Adviser on the Prevention of Genocide, Alice Nderitu, also underscored the need for global action.

She addressed a commemorative event in New York that examined the role of sports in atrocity prevention.

Ms. Nderitu said history has shown the dangers of hate speech, and its impact if left unchallenged.

« Hate speech can be both an indicator of risk and a trigger of the atrocity crimes of genocide, war crimes and crimes against humanity, » she said.

« We saw this in the lead up to the Holocaust, the genocide against the Tutsi in Rwanda and in Srebrenica where the narrative of ‘the other’ was used to dehumanize and vilify, contributing to exclusion, stigmatization, discrimination, isolation, hate crimes and in the most serious instances atrocity crimes, including genocide. »

The event also saw the launch a Plan of Action to counter Hate Speech through engagement with sports.

Known as the GAME PLAN, it is the result of two years of consultations by the Special Adviser and a Working Group composed of representatives from major sports leagues in the United States and beyond.

The initiative has its genesis in the Eradicate Hate Global Summit organized by community leaders in the US city of Pittsburgh following the October 2018 assault on the Tree of Life Synagogue – the deadliest antisemitic attack in the nation’s history.

One of the co-chairs of the UN-Summit Sport Working Group is Michele Rosenthal, a former head of community affairs for the Pittsburgh Steelers football team, whose two brothers were killed in the attack.

UN General Assembly President, Csaba Kőrösi, who also addressed the event, highlighted how sports can help to make the world a better place.

« In sports everyone speaks the same language, across boundaries, cultures and religions, » he said. « Sports can develop a sense of understanding and awareness of diversity, it can combat stereotypes and hate speech. » Home