Former National Security AdviserJohn Bolton appeared on CNN on Tuesday afternoon to discuss committee testimony on the Capitol riot and made a surprising reference to his expertise in plotting coups, « Not Here, You Know, Other Places ». By Abe Asher 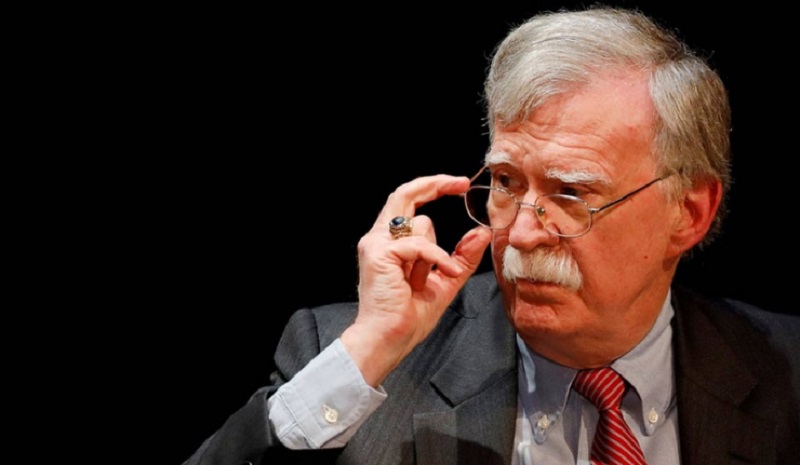 « As someone who has helped plan coups d’état — not here but, you know, other places — it takes a lot of work, » Mr Bolton told CNN’s Jake Tapper.

Mr Bolton began his remarks on his past plotting coups by disagreeing with Mr Tapper’s assertion that « one doesn’t have to be brilliant to attempt a coup. » He then criticised President Donald Trump, his former boss, for doing all the work that he alluded to doing in his past plotting.

Olive oil, tomatoes and risotto rice supplies at risk due to Italy drought

« It was just stumbling around from one idea to another, » Mr Bolton said of Mr Trump. « Ultimately, he did unleash the rioters at the capitol. As to that, there’s no doubt. »

When Mr Tapper asked Mr Bolton to get into specifics on which countries he has plotted coups in, Mr Bolton alluded to material he wrote about in a recent book on US activities in Venezuela in 2018 and 2019 when he was serving as national security adviser and the US was formally recognising opposition leader Juan Guaidó as the country’s president.

« I wrote about Venezuela in the book, and it turned out not to be successful — not that we had all that much to do with it, » Mr Bolton said. « But I saw what it took for an opposition to try and overturn an illegally elected president, and they failed. The notion that Donald Trump was half as competent as the Venezuelan opposition is laughable. »

Mr Tapper told his guest that he felt like « there is other stuff you’re not telling me about, » to which Mr Bolton replied, « I’m sure there is. »

Mr Bolton has enjoyed a long career in the upper echelons of the US foreign policy apparatus. He served as Assistant Attorney General under Ronald Reagan in the 1980s, worked in the State Department for George HW Bush, and was US ambassador to the United Nations under George W Bush. Mr Trump brought him back into the White House as National Security Adviser in 2018; he resigned roughly a year-and-a-half later.

Throughout his career, Mr Bolton was known as an extreme hawk — a member of the conservative movement who consistently favoured a musclar US foreign policy and regime change in non-white majority countries. Mr Bolton has at various points advocated for US military intervention in countries ranging from Iran to Libya to Cuba, and praised far right leaders like Jair Bolsonaro as« like-minded » partners.