South Sudan is sending 750 troops to join the East Africa Force trying to bring peace in the eastern Democratic Republic of Congo, despite its own struggles to restore peace back home. By Sheila Ponnie 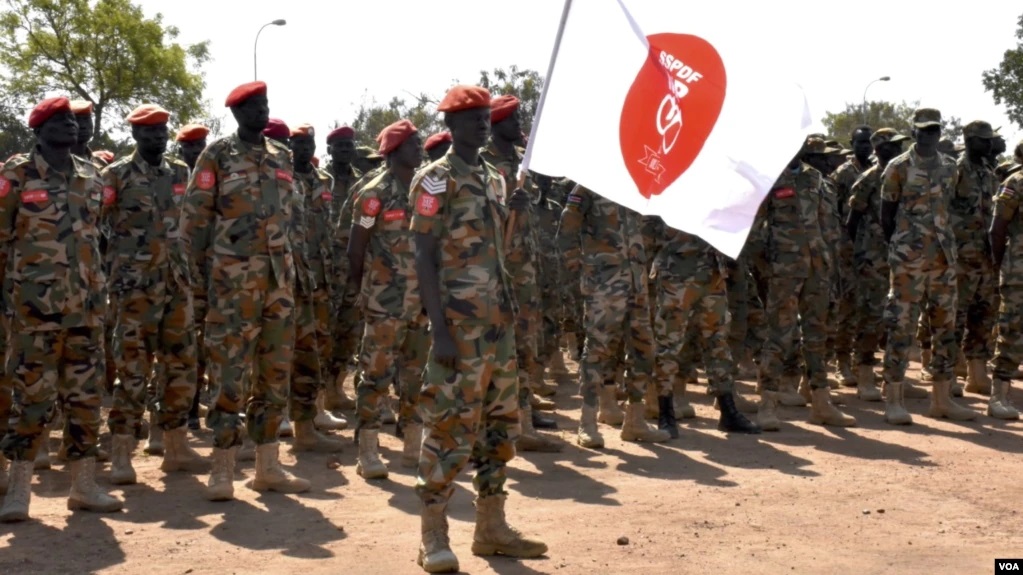 The troops join contingents from Kenya, Burundi and Uganda, in what is seen as a test of the East African Community’s ability to respond to violence in the region and stabilize the country.

Addressing the troops in Juba, Kiir advised the force to maintain highest level of professionalism.

“You are now going on a mission to achieve and keep peace in Congo,” he said. “Now, you are going on a peacekeeping mission, only your caps will change to blue caps, because you will participate in a joint operation between all the countries of East Africa. I warn you of the need to show discipline and order, and to carry out orders.”

He also instructed the troops not to commit crimes such as rape.

“SPLA during the liberation struggle was very disciplined. I don’t want you to go and cause chaos or disorder, don’t go and engage in the raping of women and girls,” he said.

Minister of Defense and Veteran Affairs Angelina Teny said that as a member of the East African community, South Sudan has a stake in the security and stability of the Democratic Republic of Congo.

“We were asked to contribute to a battalion, and we have been preparing all this time and the battalion is ready today. They have just received their final orders from the president and commander in chief; they will now be on their way for that operation,” she said.

South Sudan soldiers at the Army headquarters in Juma prepare for deployment to the Democratic Republic of Congo, Dec. 28, 2022. (Sheila Ponnie/VOA) 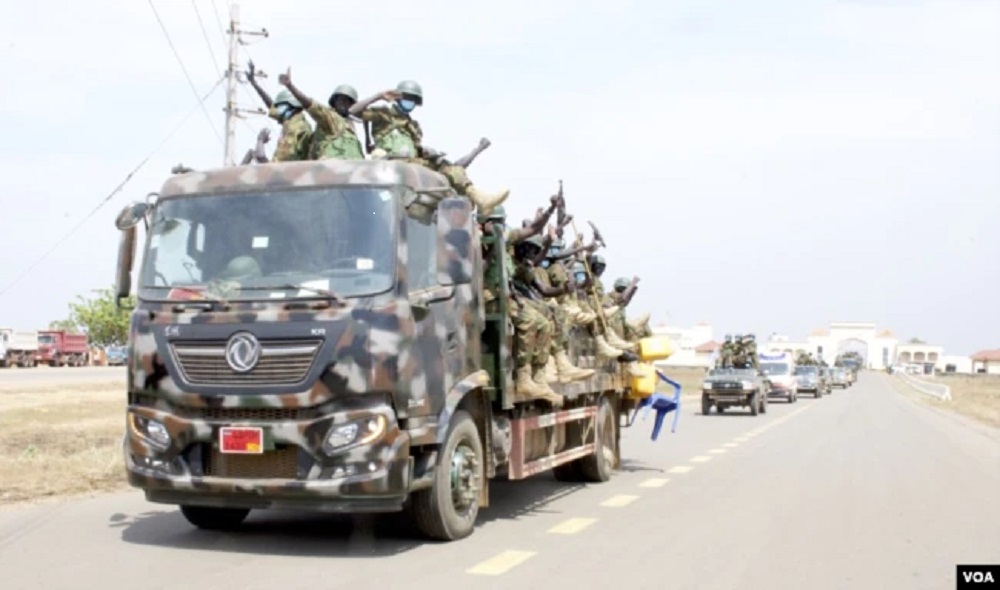 South Sudan soldiers at the Army headquarters in Juma prepare for deployment to the Democratic Republic of Congo, Dec. 28, 2022. (Sheila Ponnie/VOA)

Teny said the East African Community had given regional backing to South Sudan’s troop deployment in the eastern DRC. She described the country’s troop deployment as a positive move by a country grappling with its own security issues.

“We are very proud today because the flag of the republic of South Sudan is going to be flying as a region continuing to contribute to stability and peace,” she said. “This is a great opportunity for us to change the image of this country.”

South Sudan’s troops will be stationed in Goma city. They will conduct operations to restore normalcy to the region, where Congolese troops are fighting the M23 rebel group.