The first lady of Rwanda, Jeannette Kagame, has described violence against women as a crisis in the world, which even commendable efforts have not been able to eradicate, The New Times, Rwanda’s leading daily newspaper, reported on July 9. By Oswald T. Brown 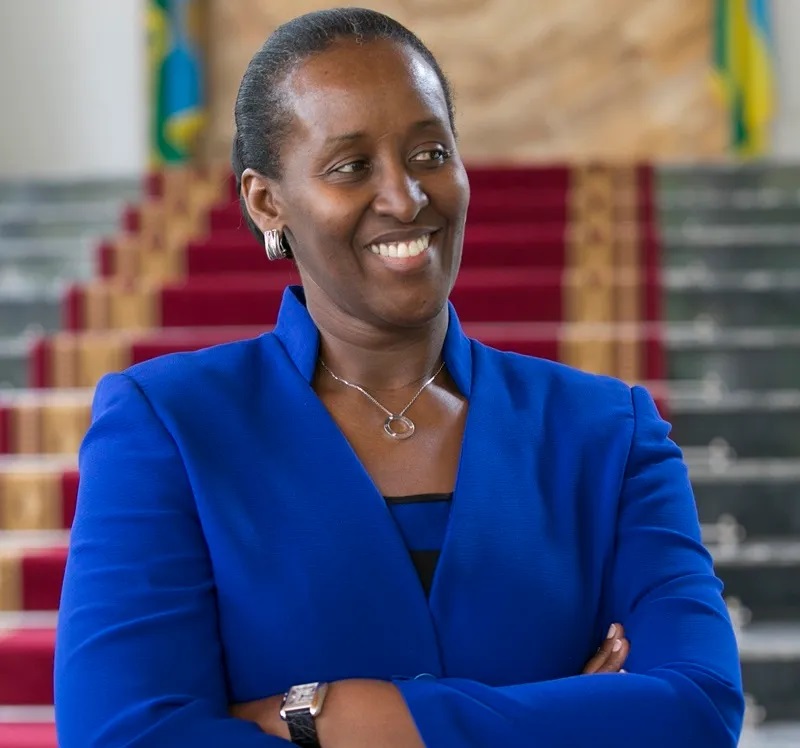 « Violence against women fatally atrophies our societies. We must tirelessly fight these prejudices, the oppression of women in their homes and outside them, as well as the stigmatism that muzzles the victims. We must redefine what abuse of a woman is, what characterizes this violence, whether visible or invisible, » she said.

She was addressing a gala dinner held at Kigali Convention Centre in honor of the Silver Jubilee of the Forum of Rwandan Women Parliamentarians (FFRP), and the 20th anniversary of Assemblée Parlementaire de la Francophonie (APF) on July 8.

Kagame stressed it was in everyone’s power to refuse that violence against women metamorphoses insidiously into an incessant, omnipresent and terribly trivialized cycle.

« Today we can find satisfaction and motivation in Rwanda’s ranking as the second most successful country in Africa in terms of gender equality, » she said. « If we have confidence in our parliament, which now includes women, it has the ability to translate our laws into action, thus offering our culture the chance of a fruitful evolution. It is the spirit of the anti-discrimination policy of this free Rwanda, which was reborn from its ashes, that beats fiercely under each choice of governance of our country.»

The celebrations were also to recognize FFRP’s role in Rwanda’s progress towards gender equality, women’s empowerment and highlight the role of women in parliament and the importance of partnerships with their male counterparts in building a society that puts citizens first.

FFRP, officially established in Rwanda in 1996, was founded by 12 women members of the Transitional Assembly (1994-2003). It has a total of 87 members, both men and women, from both Chambers of Parliament (Senate and Chamber of Deputies: 58 women and 29 men to date).