The Stoke-on-Trent North MP has defended the controversial government policy in his StokeonTrentLive Personally Speaking column, By Phil Corrigan 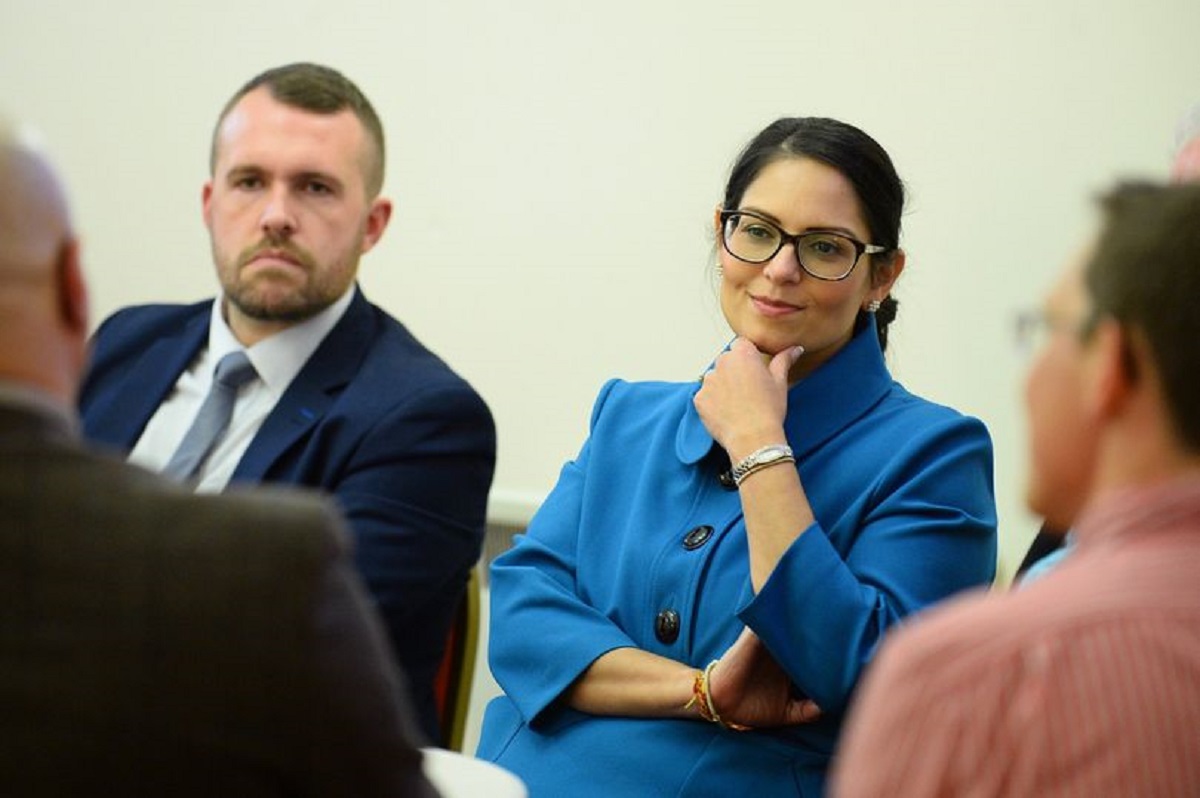 Stoke-on-Trent North MP Jonathan Gullis is backing the government’s plan to deport asylum seekers to Rwanda saying it is ’in the best interests of genuine refugees’. The Conservative has defended the controversial policy in his latest Personally Speaking column for The Sentinel published today.

Last month Home Secretary Priti Patel announced that the government planned to send people crossing the English Channel in small boats to Rwanda, after reaching a deal with the African country. The number of Channel crossings has exploded in the last few years, with 28,526 desperate people making the dangerous journey in 2021 – with nearly twice as many expected this year.

In his column, Mr Gullis says that the Rwanda plan will end this ’tragic trade in human misery’ by breaking the business model of the criminal gangs organising the crossings. The policy would require the deported asylum seekers to claim asylum in Rwanda, rather than the UK. If their application is successful, they would be allowed to stay in Rwanda.

While Mr Gullis claims that the people crossing the Channel are ’illegal economic migrants’, there is no evidence for this. According to fact-checkers Full Fact, ’the majority of nationals from the countries most represented in small boat arrivals are granted asylum’. The Home Office does not publish statistics covering asylum claims following small boat arrivals specifically.

Critics, including former Prime Minister Theresa May and the Archbishop of Canterbury, have questioned the scheme’s legality, effectiveness and cost.

Stoke-on-Trent North, Kidsgrove & Talke overwhelmingly voted to take back control of our borders by backing Brexit in 2016 and voting for their first ever Conservative MP in 2019. Unlike the remoaners and the UK-hating lefty whingebags who want free movement to come back and continue with the status quo of illegal economic migrants – of whom over 70 per cent are single men – crossing the English Channel, I think this trade in human lives is inhumane.

Our country has a long tradition of giving sanctuary to genuine refugees. From Ukraine, Syria, Afghanistan and Hong Kong, we have stood up and played our part to help those feeling war and persecution with safe and legal routes. Locally, Stoke-on-Trent has done more than most. We have been the fifth largest contributor to the asylum dispersal scheme, sharing our kindness once again, but enough is enough.

I am delighted that our new plan for immigration will mean other local authorities, such as woke Labour-run Islington and virtue signalling SNP-controlled Scottish councils, expect for Glasgow, will finally be made to step up. Stokies know that the asylum system is broken and in dire need of reform.

The tragic trade in human misery that has exploded in recent years is putting millions into the hands of scumbags who couldn’t care less about the Channel becoming a watery grave, or people suffocating in the back of refrigerated lorries. Illegal migration is also putting immense strain on our public services and local communities. The taxpayer is forking out almost £5 million every day to pay for hotel accommodation for new arrivals.

As the Prime Minister has said: “Our compassion may be infinite, but our capacity to help people is not.”

It is clear that Labour are happy for even more economic migrants to come over from France. They have voted more than 30 times against our plan, which would mean we carry on putting people up in hotels and homes at UK taxpayers’ expense!

Labour lives in a fantasy world where borders are racist and anyone who wants sensible controls on our borders is a bigot. It just shows that the Labour Party don’t live in the real world.

We have a choice. Either stick with the status quo, with thousands making the illegal journey from a safe country like France, funding organised crime in the process and straining services and communities around the UK.

Or we can act, to break the business model of the organised criminal gangs operating between Calais and Dover. Under Labour the current situation would never stop. In fact it would only get worse.

Some of you will remember that when Labour used to win elections they had some of the same ideas as us. Labour ministers explored the idea of offshoring, even passing laws that laid the groundwork for our partnership with Rwanda. Former Labour minister Baroness Scotland agreed with the principle that people should stay in the first safe country they reach.

But unlike the London centric, Twitter obsessed and EU loving Labour Party who never understood why the people of Stoke-on-Trent North, Kidsgrove & Talke voted for Brexit, this Conservative Government lives in the real world.

We understand that encouraging people to throw their lives away by not deterring illegal crossings is not a kindness. I for one am delighted that Priti Patel has signed the Rwanda deal, which will see economic migrants who come here illegally sent there. This deal is a huge blow to the people smugglers’ business model. It is a powerful deterrent to those who would risk it all by making the perilous Channel crossing.