DRC DIALOGUE: NO SHAME TO MISUSE ALLOWANCE FEES FOR DELEGATES IN NAIROBI

This Monday, Former Kenyan president Uhuru Kenyatta, the facilitator of the EAC-led Nairobi Process, speaks at Safari Park Hotel in Nairobi on December 5, 2022. He ead the riot act to the organisers of the meeting over reduced allowances for participants. 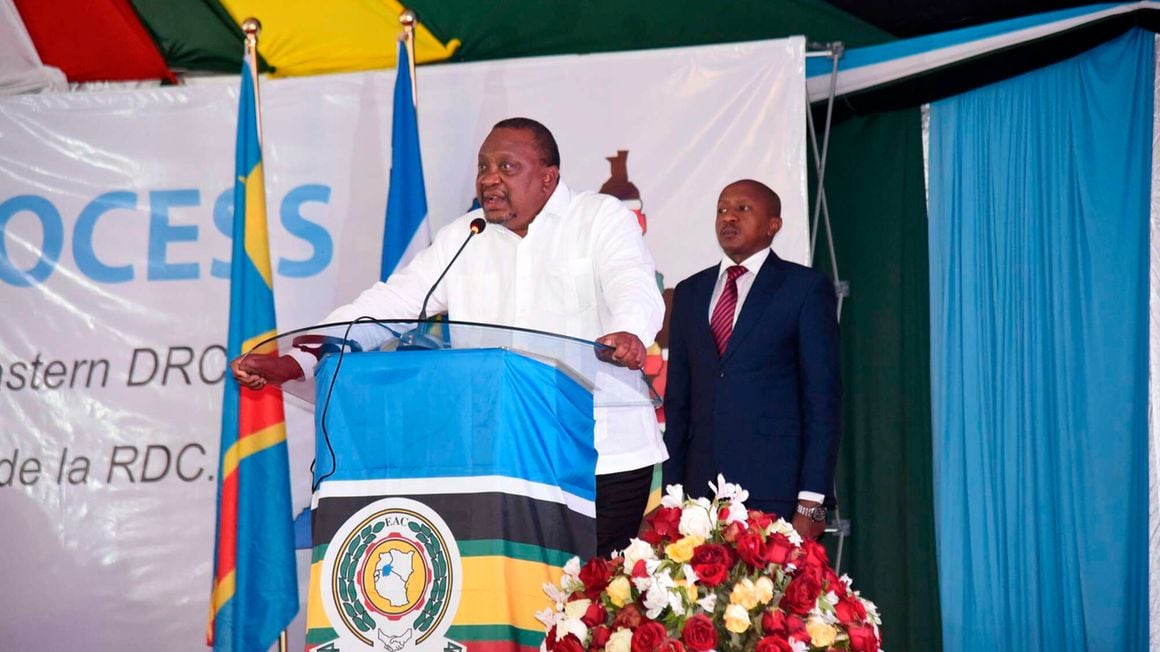 Uhuru Kenyatta, the facilitator of the East Africa Community (EAC)-led Nairobi Peace Process that seeks to end the war in DRC, Monday read the riot act to the organisers of the meeting after it emerged that participants’ allowances would be less than had been planned before they left their homes in eastern Democratic Republic of Congo.

Without mentioning their names, a visibly angry Mr Kenyatta called out the organisers for delaying the closure of the meeting which he extended to Tuesday to give room for the funds to be made available as earlier planned.

“My intention is that we finish the meeting well and I know that is what you also want. So, I ask that we postpone today’s meeting to tomorrow and I assure you that the planners of this event do not assume that peace is something to toy around with. Be here tomorrow, if not, I shall stand and ask the whole world to deny them funds if they cannot plan things effectively,” he said on Monday.

He added, “Let us meet again at 10am and attend to the issues that have cropped up before closing the meeting. Maybe they (organisers) have done this thinking that my influence waned but they shall realise that it hasn’t.”

Mr Kenyatta warned the organisers that failure to release the funds as earlier planned will have consequences.

“Let them sleep wherever they are but bring the funds that had been rightly allocated to the participants of this process tomorrow. I know we have adequate funds because I was among those that were sourcing for the funds,” he said.

On Wednesday last week, the participants engaged the facilitator in focus group discussions where they each shared their grievances and proposals for a peaceful DRC.

The meeting was to end on Saturday but was pushed to Monday to allow for adequate discussions into the matters arising.

The outcome of the discussions will inform the speed at which the East Africa Community Regional Force (EACRF) will engage in combat the armed groups fighting in eastern Congo.