BASSETERRE, St Kitts (CMC) – Commonwealth Secretary General Patricia Scotland, who is seeking re-appointment to her position, arrived in St Kitts as part of a wider visit to several Caricom countries. By Jamaica Observer 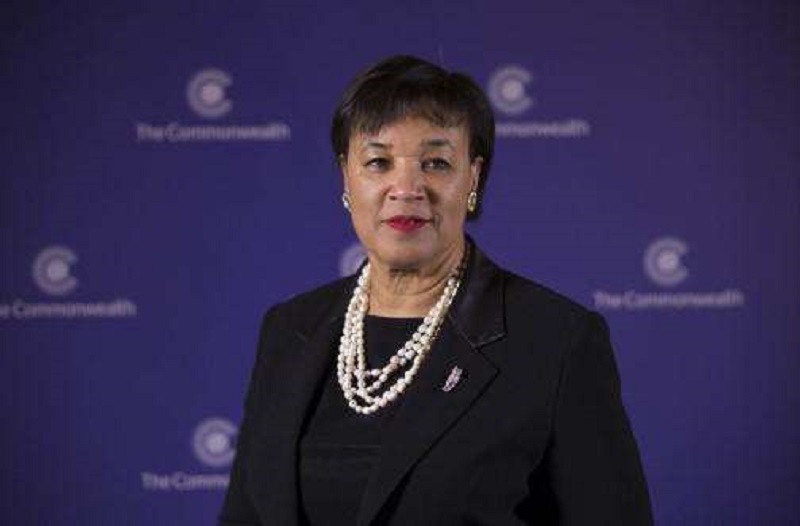 During Patricia Scotland visit to the region that ends on May 31, she will also travel to Dominica, Antigua and Barbuda and St Lucia where she will hold bilateral discussions with the leaders of these countries.

Dominica has nominated Scotland for the post of Commonwealth Secretary General, but she faces opposition from Foreign Affairs and Foreign Trade Minister Kamina Johnson, who, in the past few weeks, has visited Europe and Africa lobbying for support.

Last week, a Commonwealth spokesperson told the Caribbean Media Corporation (CMC) that « as is the custom, » a consensus vote will be taken during the Commonwealth Heads of Government Meeting (CHOGM) regarding Scotland’s re-appointment to the post.

« As is set out in the agreements that govern the Commonwealth and in line with precedent, a decision on the reappointment of the incumbent Secretary-General for a second term will be taken by Heads of Government at CHOGM, in Kigali, by consensus as is the custom. Should leaders decide not to reappoint the incumbent Secretary General, member countries are invited to put forward candidates for consideration by Heads at CHOGM, » the spokesman told CMC.

Earlier this week, Belize Prime Minister John Briceno, who is also the chairman of the 15-member regional integration grouping, said that Caricom leaders will vote for « a candidate of their choice » when Commonwealth leaders meet for the June 20-25 CHOGM in Rwanda.

Scotland was elected to the post at the CHOGM in Malta in 2015, becoming the second Secretary-General from the Caribbean and the first woman to hold the post.

Scotland has already said that if re-appointed she would only seek to stay in position for two years, a reference to the fact that she would have been in office for a total of eight years.

During her visit, Scotland will address the eighth annual conference of the Commonwealth Caribbean Association of Integrity Commissions and Anti-Corruption Bodies that gets underway on Monday.

The three-day conference is being held under the theme ‘Controlling Corruption – Preventative Mechanisms Work Better Than Reactive Measures’ and will bring together heads of anti-corruption agencies, senior government officials, relevant international organisations, policymakers, and development partners.

They will be reviewing national and regional anti-corruption efforts, share knowledge and good practices, and discuss the impacts of corruption on sustainable development.