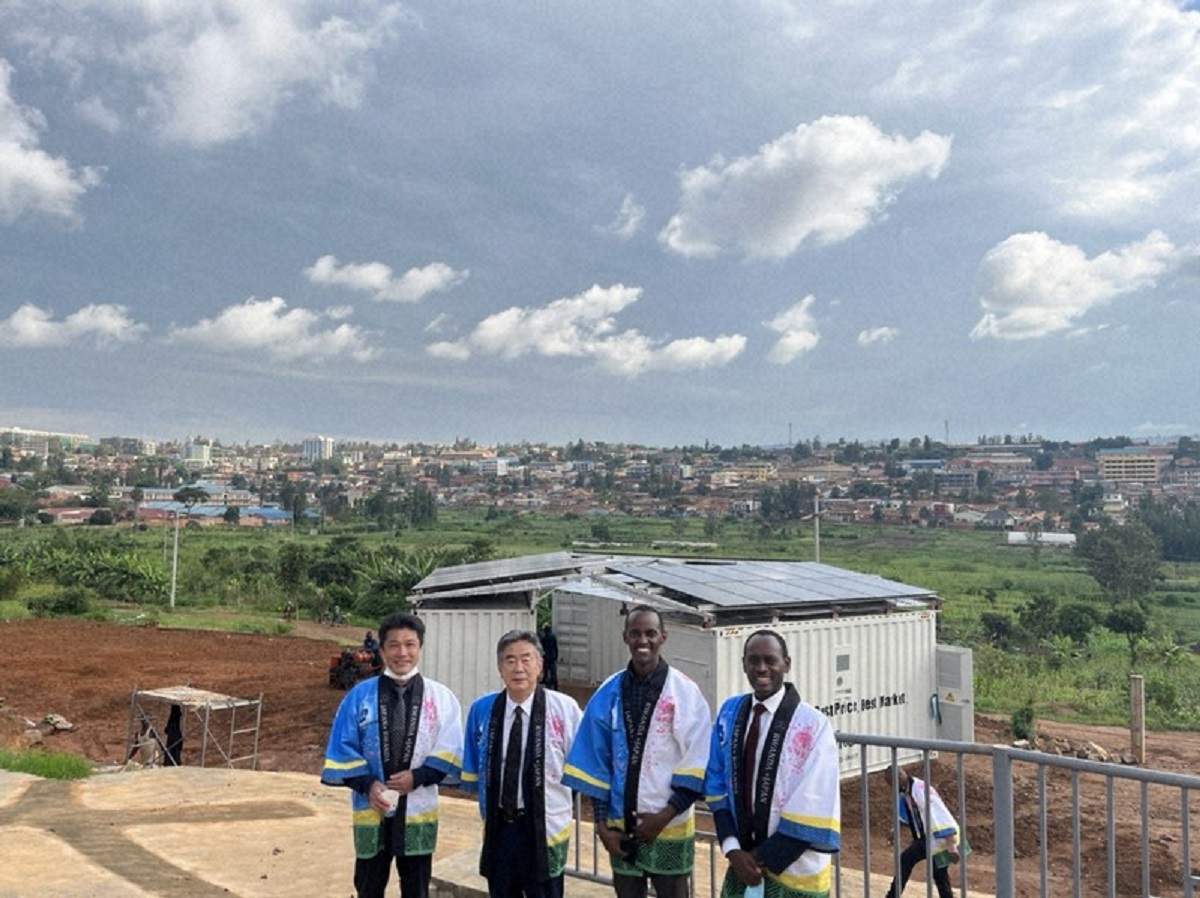 People take a commemorative photo in front of a refrigerated container installed by Kivu Cold Group, in Rwanda, in December 2021. (Photo courtesy of the company)

Kobe- A Japanese logistic firm has teamed up with locals in Rwanda to jointly install a solar-powered refrigerated container in the African country right on the equator that has faced challenges in the management of agricultural goods due to insufficient infrastructure for cold storage and distribution.

The company was established by president Daigo Goto in November 2018. He was the successor to a logistics firm whose main customers were electric power-related companies and major electrical equipment manufacturers, but became independent to work on a new business. In contrast to the conventional cold chain method centered on large-scale refrigerators and freezers in urban areas, the firm is building a system for farmers to set up their own facilities and deliver produce and other food items directly from the production area to the market and retail stores.

In addition to refrigerated containers that comply with building certification and sanitation control standards, Cold Storage Japan has jointly developed high-performance ice packs and other products with multiple firms. These items have been adopted by game companies and fish processing industries.

The seventh Tokyo International Conference on African Development held in 2019, attended by Japan and all African countries, became an opportunity for Cold Storage Japan to expand its business in Africa. Alex Ntale, CEO of the Rwanda ICT Chamber, happened to come across the company’s booth. In Rwanda, 30-40% of agricultural goods are lost to disposal at the production stage and after harvesting. One of the reasons for this is that refrigerated and frozen warehouses and trucks are not widespread due to the lack of an electrical grid. 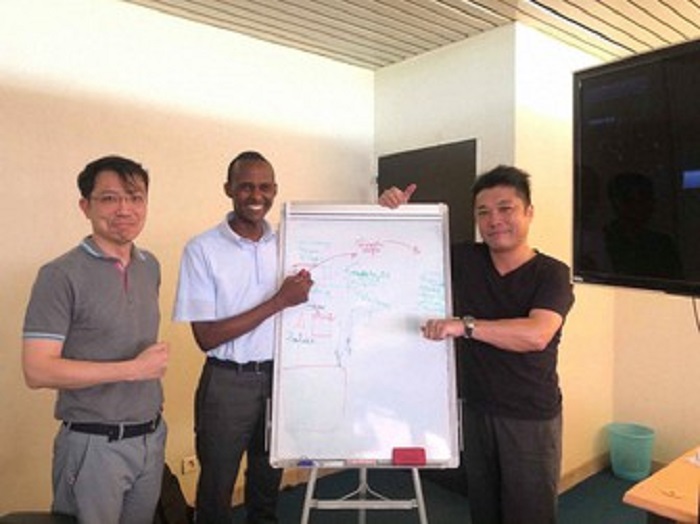 Ntale said he thought his encounter with Cold Storage Japan could lead to a solution to “post-harvest loss,” which can be the cause for a decrease in farmers’ revenue.

In September 2020, the joint venture Kivu Cold Group was founded by six companies including Cold Storage Japan with Ntale as the CEO. In November 2021, a refrigerated container using only solar power to supply the necessary electricity was installed on farmland in the capital Kigali, which cost about 22 million yen (roughly $170,000). The joint venture will continue experiments on transportation using high-performance ice packs, while spreading knowledge on cold chain distribution among local producers.

In one case, when green beans were previously sent to the market on the morning of harvest, 3 kilograms of the 16 kg were damaged by the outside air and sunlight and were discarded. When harvested in the evening and transported at a low temperature, everything was reportedly kept fresh. Going forward, the joint venture plans to increase the number of users, focusing on meat, fish, vegetables and fruits such as mangoes and pineapples, with high added value.

Kivu Cold Group also receives aid from the United Nations Office for Project Services, an international organization that assists support activities in areas of poverty and conflict across the world. Ntale said that the efficiency and production volume of agricultural goods are improving in Africa. He also explained that the issue of disposal will become a major issue, and society has high expectations for the venture’s efforts.

Goto also expressed his enthusiasm, saying, “We would like to spread the cold chain distribution system to anywhere we can. We want to improve the lives of people living in inconvenient areas by adding technologies to containers that can protect lives from lightning and make water from air.”