Wednesday, November 30, was the 23rd anniversary of the signing of the treaty that re-established the East African Community (EAC) by Kenya, Tanzania, and Uganda. By Charles Onyango-Obbo 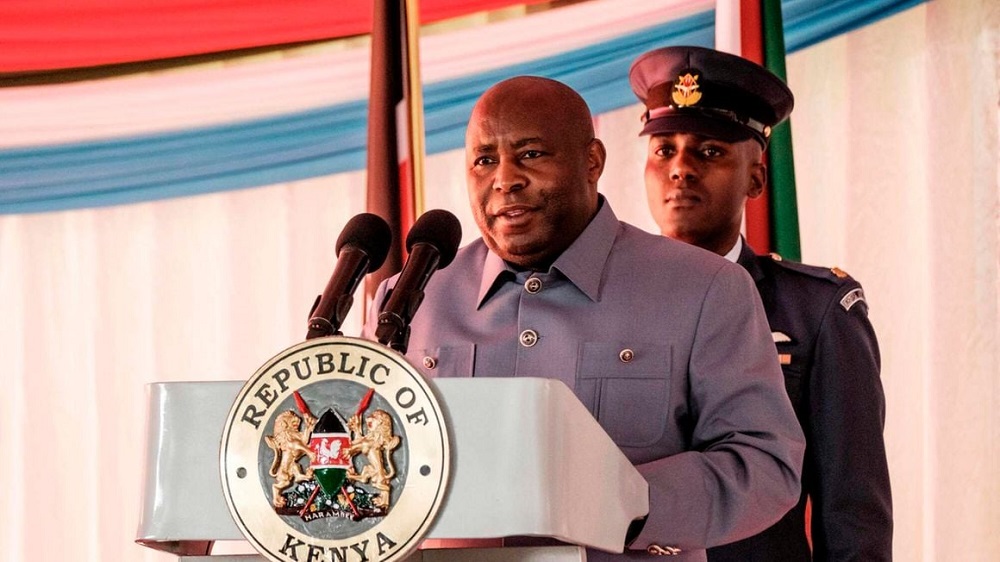 Burundi’s President Evariste Ndayishimiye, the current chairperson of the East African Community. EAC was entered into force on July 7, 2000, after formal ratification by the “Original Three.” PHOTO | YASUYOSHI CHIBA | AFP

It was entered into force on July 7, 2000, after formal ratification by the « Original Three. »

While, at that point, a few people, especially on the left of Ugandan politics, spoke of a future EAC which included more countries than the « Original Three », it sounded fanciful. Few would have imagined that 22 years later, it would be the fat seven-member organisation it is, having admitted Rwanda, Burundi, South Sudan, and lately, the Democratic Republic of Congo, with nearly 290 million citizens. The EAC’s 4.8 million square kilometres is almost 16 per cent of Africa’s land area. Impressive stuff.

No shortage of cynics

There, however, is no shortage of cynics who hold that the EAC has grown fat on junk food. The continuing wars and humanitarian crises in South Sudan and DRC, they argue, show why they should never have been admitted, and having been invited in, the failure of the EAC to be a stabilising force.

Their criticism speaks to one of the selling points of the EAC that the community’s leadership no longer speak much about. East Africa was thought to be so attractive that as soon as countries became members, the political class would immediately become sensible, end their factional fights over the local privileges, and unite to go out to exploit the riches in the bigger regional market.

The EAC was supposed to be like the beautiful girl in the movies. As soon as she shows up, all the boys who were fighting in the muddy field, poorly dressed, go home, take a shower, have a haircut, and show up in clean, pressed clothes next time to catch her attention and, hopefully, fall in her favour.

In addition, it was expected to bring the benefits of having an external enemy. They would have an outsider to direct their rage against or have a bigger regional platform to play in and feel less suffocated.

It is hard to see where these dividends were cashed in big time. In Tanzania, for a while at least, there was a closing of ranks against “bad big Kenyan capitalists” and « land grabbers », but it didn’t go deep. Rwanda, a relatively small country, has benefitted somewhat from having a wider East African landscape to spread its wings.

Kenyans have been mercantilist and made a little fortune for themselves in an expanded EAC, but they would still have done so without the community. Ugandans used it mainly to expand their mental horizons and small trades.

The greater stabilisation dividend has been elusive. It took nearly six years from 2000 for the long war in northern Uganda to end. Burundi relapsed briefly back into civil war in 2015 after joining the EAC eight years earlier. Kenya had its worst violence since independence in late 2007/early 2008 over election outcomes.

South Sudan descended into civil war again in December 2013, two years after Independence. It became the first country to be admitted into the EAC in September 2016 while in the throes of war. It took the EAC, mainly Kenya and Uganda, and you could add Rwanda as part of the UN peacekeeping there, five fruitless years to get the belligerents in South Sudan to give peace a chance.

The DRC also admitted, with its perennially troubled eastern regions in turmoil, looks likely to go the way of South Sudan. It seems, though, that lessons have been learnt from South Sudan, and the East African Community Regional Force (EACRF) has been deployed to eastern DRC following the recent flare-up in fighting there.

This failure of the EAC to be the big peacemaker and political stabiliser is a disappointment for the integrationist idealists. With hindsight, they should have seen it coming.

A lot of commonalities

The EAC people have a lot of commonalities, and some of them are still linked closely despite a century of colonial borders dividing them. These commonalities provided some of the success factors for regional cooperation. However, they are also the reasons why the stabilisation dividend hasn’t come in large doses.

Because of the close relationships, there is greater demand for cross-border and solidarity. Uganda’s role in the early 1990s return-to-the-homeland war by the Rwanda Patriotic Front; Rwanda and Uganda’s support for the rebellion against dictator Mobutu Sese Seko in DRC; and Uganda’s very direct and lethal intervention in South Sudan in 2013 to save the Salva Kiir government, are some examples of this.

In reverse, faced with great adversity and repression, a people can also take the easier option of crossing the border and sheltering with relatives rather than staying and dying in a desperate fight. This is the story across many EAC borders. For a very long time during the Sudan liberation war, fighters of the Sudan People’s Liberation Army would come back to Uganda, where they had homes and families, during farming and harvest seasons. They would bury their guns or hide them in ceilings, sell their crop, plant new ones, leave a few babies in the making, dig up their weapons, and go back to Sudan to fight.