The initial appearance of Félicien Kabuga before the International Residual Mechanism for Criminal Tribunals (IRMCT) in November 2020 at The Hague. Kabuga is accused of aiding the genocide of Rwandan Tutsis in 1994. - Sputnik International. 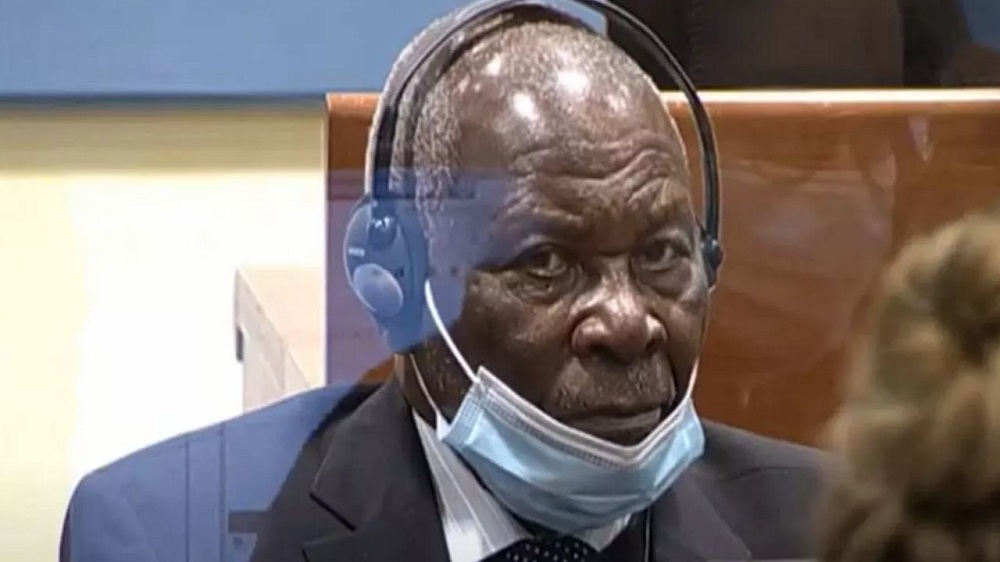 On Thursday, Felicien Kabuga, one of the few remaining primary figures responsible for the 1994 Rwandan genocide who has not yet faced justice, began his trial in the UN International Residual Mechanism for Criminal Tribunals in the Hague, the Netherlands.

At the hearing, prosecutors laid out their case against the Rwandan businessman, including detailing how he provided financing, weapons, and moral support to the Interhamwe, the Hutu Power paramilitary force that spearheaded the massacres of Tutsis and Twa in the spring of 1994.

« This trial will also be an opportunity to remind the world again of the grave dangers of genocide ideology and hate speech, » Serge Brammertz, the UN tribunal’s chief prosecutor, said in a statement. « Kabuga had a central role in provoking hatred of Tutsis, dehumanizing innocent civilians and paving the way for genocide. »

« Twenty-eight years after the events, this trial is about holding Felicien Kabuga to account for his substantial and intentional role in that genocide, » prosecutor Rashid S. Rashid told the court, according to AFP.

« Kabuga didn’t need to wield a rifle or a machete at a roadblock, rather he supplied weapons in bulk and facilitated the training that prepared the Interahamwe to use them, » he added. « He didn’t need to pick up a microphone to call for the extermination of the Tutsi on the radio, rather he founded, funded and served as president of... the radio station that broadcast genocidal propaganda across Rwanda. » 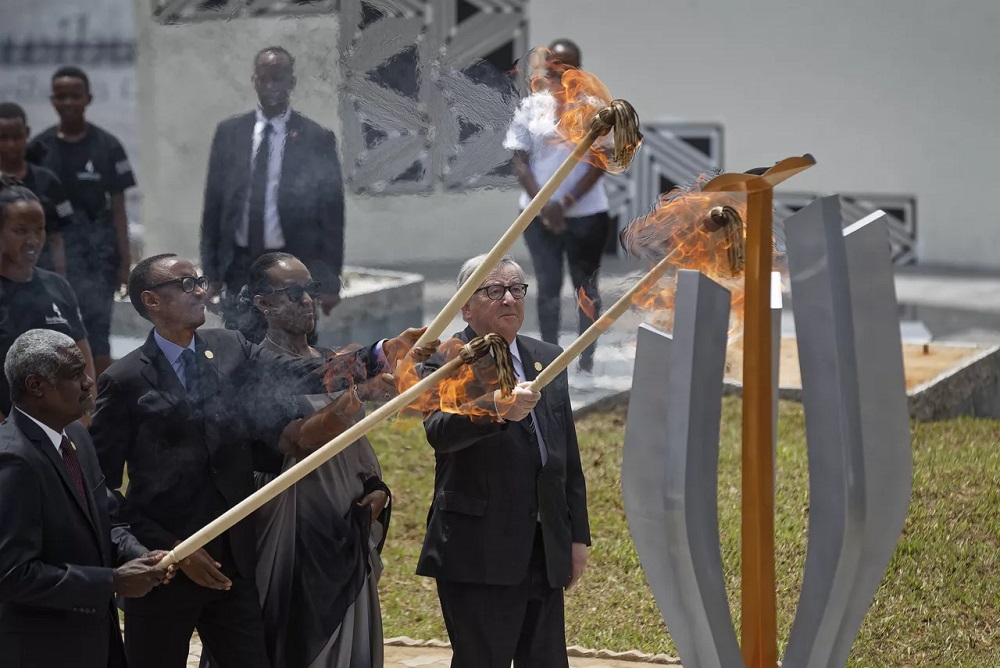 In particular, Kabuga helped create the pro-Hutu Radio-Television Libre des Mille Collines (RTLM) and closely managed it during the genocide, when it broadcast round-the-clock hate speech referring to Tutsis as « cockroaches, » spreading news of Tutsi hiding places, and urging Hutus to kill them. He is also accused of passing out machetes to Hutus at rallies and telling them to « finish the job. »

The radio station also targeted « inkotanyi, » or members of the Rwandan Patriotic Front (RPF), a Tutsi politico-military group led by Paul Kagame that overthrew the Hutu Power government, driving them from the country and ending the genocide. Kagame is now Rwanda’s president. Prosecutors said Kabuga had broadcasters read the names of RPF members, their cars’ license plate numbers, and other identifying information.

Kabuga is one of just a handful of the central genocidaires to have so far escaped justice.

In May, UN investigators finally closed the book on the fate of Protais Mpiranya, the head of the Rwandan presidential guard, who oversaw the assassination of key Tutsi figures and Hutu moderates at the start of the genocide in April 1994. His grave was found, under a false name, in Zimbabwe. Likewise, in July, a French court sentenced Laurent Bucyibaruta, the former prefect of Rwanda’s Gikongoro province, to 20 years in prison for helping the Interahamwe kill tens of thousands of Tutsis who believed Bucyibaruta’s administration had offered them refuge.

Four accused perpetrators remain at large, including Fulgence Kayishema, who was a police officer at the time the genocide began and who is accused of helping militiamen kill roughly 2,000 Tutsis hiding in a church in western Rwanda. Prosecutors consider him a « priority, » but a raid on what was believed to be his flat in Cape Town, South Africa, in June found he had long since departed.

Rwanda was colonized by the Germans, then the Belgians, before becoming independent in 1962. Their « divide and rule » policy spread messages across the region that the Hutus and Tutsis were different people with contrary goals, and encouraged the Hutu thinking that Tutsis were « outsiders » that underpinned the Hutu Power movement.

The killings were set in motion in April 1994 when an airplane crashed near Kigali carrying then-Rwandan President Juvenal Habyarimana and Burundian President Cyprien Ntaryamira, both ethnic Hutus. Extremist elements in Habyarimana’s government who had opposed a recent peace deal with the RPF seized the opportunity to launch a new attack, which they had been planning for months, and also to get revenge on Hutu political moderates for having agreed to the peace deal. 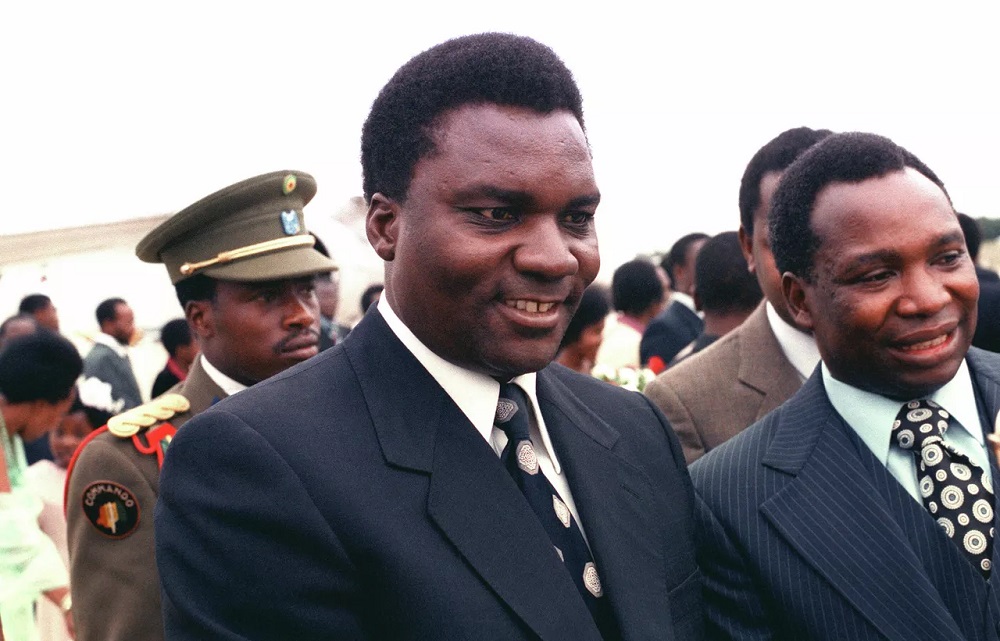 Rwandan President Juvenal Hayarimana arrives at Andrews Air Force Base in Maryland, US, in 1980. © Wikimedia Commons

Within hours of Habyarimana’s death, Hutu Power leaders had assassinated Tutsi leaders and moderate Hutus using « kill lists » already drawn up, and soldiers and police established checkpoints the next day and conducted sweeps to check people’s national ID cards, which indicated the bearer’s ethnicity. Those who were Tutsi were executed. Later, gangs and mobs were organized and set upon the local population.

By July, up to 1.1 million people, including 800,000 Tutsis, or two-thirds of all Rwandan Tutsis, had been killed, along with one-third of the 30,000-strong Twa people. Only the RPF’s steady advance through the country and the capture of Kigali ended the killing.

After the Hutu government was overthrown in July 1994, its remnants fled across the western border into Zaire, and soon began mounting new attacks. When the Rwandan military, now Tutsi-led, intervened in Zaire to hunt down the Hutu militias, it helped set in motion the destruction of Zaire, the foundation of the Democratic Republic of the Congo, and the decade-long Congo Wars that drew in half of Africa and killed more than 5 million people.

In May 2021, French President Emmanuel Macron met with Kagame in Kigali, but while he did not apologize for France’s support for the Rwandan government at the start of the genocide, he did acknowledge « the magnitude of our responsibilities. »

Two other French reports from earlier that year found the government of then-French President Francois Mitterrand bore « overwhelming responsibilities » for the genocide for continuing its divide-and-rule tactics while being fully aware of Hutu preparations for the genocide of Tutsis, as well as arming, advising and protecting the Hutu-led Rwandan government.