Mr Hannan, an adviser to the UK Board of Trade, said: « The Rwanda plan has revealed a lot of belittling and racist attitudes in people who think of themselves as progressives ». Times 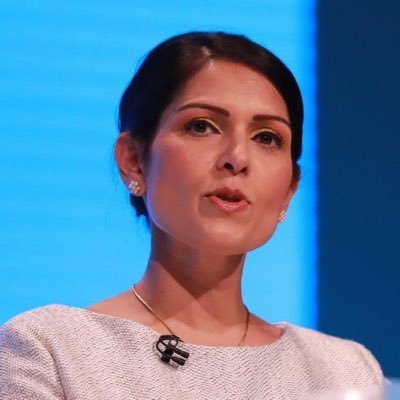 Member of the House of Lords and former MEP Daniel Hannan, in response to criticism of the £120m plan that will see migrants who cross the English Channel to the UK sent to Rwanda, took to Twitter to urge « people who think of themselves as progressives » to leave behind their stereotypes about Africa.

Mr Hannan, an adviser to the UK Board of Trade, said: « The Rwanda plan has revealed a lot of belittling and racist attitudes in people who think of themselves as progressives.

« Rwanda is a safe and prosperous country, guys. Try to get over your stereotypes about Africa. »

The Brexiteer’s defence of the plan echoes the Government’s attempt to justify a scheme that has been subject to widespread condemnation – including from more than 160 charities and campaign groups that have called for ministers to scrap it.

Home Secretary Priti Patel, speaking at a press conference in the Rwandan capital Kigali last week, said the landlocked nation has « one of the strongest records for refugee resettlement », while Prime Minister Boris Johnson, in his announcement speech in Kent, said the African country shares a « humanitarian impulse » with the UK that has allowed such a policy to come into fruition.

Calling it an « innovative approach », he said the system was needed to stop « vile people smugglers » turning the ocean into a « watery graveyard ».

The « humane and compassionate » scheme, he vowed, will break the business model of those taking advantage of migrants’ desire to start a new life in Britain as it helps « tens of thousands » resettle « in the years ahead ».

Around 600 people made the crossing on Wednesday, April 13 – and Mr Johnson said the figure could climb to 1,000 a day within weeks.

According to the Home Secretary, those who embark on this « perilous » journey do so « with fictitious and false promises that they can settle in the UK if they make it ».

This will most certainly not be the case anymore, as anyone entering the country by illegal means — as well as those who have arrived illegally since the start of the year — could now be relocated to the East African country for their asylum claims to be processed there, and those who are rejected by the Rwandan government will be deported.

In yet another indication of No10’s stance, Mr Johnson last week also said the Navy would take over from Border Force in policing the Channel to curb the flow of arrivals.

But the Prime Minister’s and Home Secretary’s approach does not necessarily convey that of the wider Conservative party, with some Tories, including MP Simon Hoare (North Dorset), openly voicing their concerns.