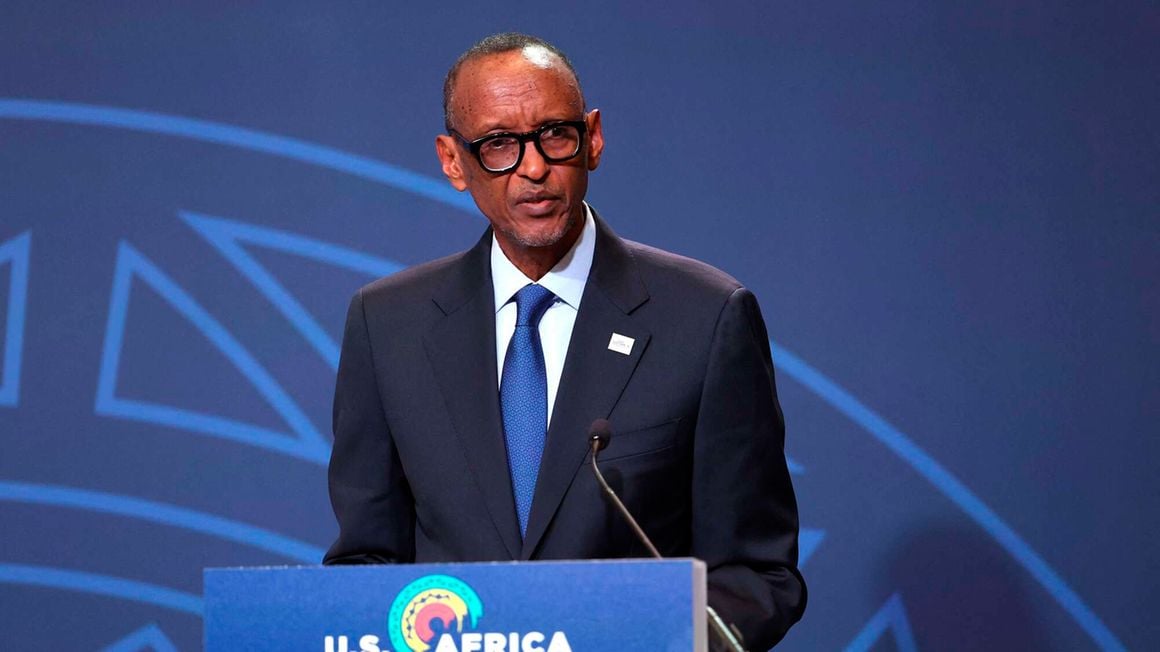 This is after President Joe Biden’s administration sought to deflect the perception that its summit this week was aimed at competing with China, which has surpassed the US in trade and economic cooperation with Africa.

In the US-Africa Leaders’ Summit held between December 13-15, China was the unspoken factor.

« I don’t think we need to be bullied into making or taking choices – choosing between the US or China; it’s really none of our business. I think we need to have both and others as partners as far as they respect us and understand that we have something to contribute, » President Kagame said in an interview with news website Semafor.

« The priority for African countries is solving its own development challenges, » he added, pointing out that China is filling a gap, and the West should step up investments instead of complaining.

In a separate Semafor interview, China’s ambassador to the US Qin Gang dismissed suggestions of a debt trap, arguing that African countries owe three times more debt to Western institutions.

« China is not the biggest creditor of Africa. The debt owned by China is only a small amount. You can see hospitals, highways, airports, stadiums, » Qin said.

While there is increasing concern over the possibility of China trapping African countries in debt, President Kagame said the blame should be on both sides as countries should borrow cautiously.

Scepticism lingers about how much the Biden administration will alter the status of America-Africa trade relations, as the US has lagged behind Europe and China.

According to a July 2022 report by Debt Justice, a UK charity working to end poverty caused by unjust debt, African governments owe three times more to Western banks, asset managers and oil traders than to China, and are charged double the interest.

The report pointed out that just 12 percent of African governments’ external debt is owed to Chinese lenders compared to 35 percent owed to Western private lenders, based on World Bank data.

« Western leaders blame China for debt crises in Africa, but this is a distraction. The truth is their own banks, asset managers and oil traders are far more responsible, but the G7 are letting them off the hook. China took part in the G20’s debt suspension scheme during the pandemic, private lenders did not.

« There can be no effective debt solution without the involvement of private lenders. The UK and US should introduce legislation to compel private lenders to take part in debt relief, » said Tim Jones, head of policy at Debt Justice.

When President Biden announced $800 million in new contracts for Cisco Systems and a smaller company named Cybastion « to protect African countries from cyberthreats, » it offered a counterpoint to the dominance of Huawei, the Chinese technology firm whose cellphones and computers systems are ubiquitous across Africa and which is pioneering 5G internet on the continent, stoking fears that Beijing could use them for cyberespionage.

The US Senate late on Wednesday passed by voice-vote a bill to bar federal employees from using Chinese-owned TikTok on government-owned devices. Republican Senator Marco Rubio on Tuesday announced bipartisan legislation to ban China’s popular social media app TikTok amid US fears the app could be used to spy on Americans and censor content.

Analysts have also challenged President Biden’s $55 billion plan for Africa saying the figure is marginal compared to the needs of Africa.

« The total pledges by Biden is $55 billion; compare that with remittances sent by Africans living abroad –$96 billion in 2021. Compare that with the infrastructure projects China has invested in Africa in 2022, worth $84 billion, » said James T. Gathii, a professor of law at Loyola University Chicago, who was in Washington for the summit

« If one considers that more than $84 billion is lost in illicit financial flows from Africa each year, this promise of $50 billion over three years is peanuts.”